Unwelcome sexual advances, groping, the infliction of fear for safety, or worse -- this is the experience of many girls and gender-expansive youth when riding public transit. BART is responding and making a bold stand against sexual harassment and gender-based violence through a community led partnership that reimagines safety by centering BIPOC girls* and gender expansive youth. BART has partnered with Alliance for Girls (AFG), and its members including Betti Ono, Black Girls Brilliance, The Unity Council’s Latinx Mentorship and Achievement Program, among other members to launch the Not One More Girl campaign.

Haleema Bharoocha, 22-year old Senior Advocacy Manager at Alliance for Girls says, “Sexual harassment and gender based violence in public spaces remains one of the most widespread issues impacting girls and gender expansive youth globally, yet not enough is done to address it. We are calling on other transit agencies to follow our model for systems change, and a culture shift that centers communities most impacted by harm.”

Alliance for Girls organized 500 Bay Area youth (ages 9-24) to contribute to Not One More Girl through youth research and narrative-driven art. The campaign will be experienced by riders through 300 posters on BART train cars and 50 stations featuring images, slogans, and designs produced by girls in partnership with artist Nisha Sethi of Betti Ono. A new sexual harassment reporting category has been added to the BART Watch app reporting tool, and self-reporting prompts about harassment are now included in BART’s on-board survey of its riders. Additionally, bart.gov/NotOneMoreGirl offers riders resources to increase safety by community standards including bystander intervention training, resources that don’t involve the police, as well as a digital swag bag and healing-kit.

“We're a 100% Black women and survivor-led arts organization that builds power through culture, and this is what it looks like. We are demanding accountability, proactively pursuing justice, and affirming that our voices and collective agency drive fundamental cultural change with tangible results,” says Anyka Barber, Director of Betti Ono. “We’re reclaiming what is rightfully ours: safe and just passageways to self-determined Black and Brown futures. We are here, not because we were invited, but because we built a table, rooted in respect and care for our community, informed by a depth of experience and resilience only known to Black and Brown bodies.”

BART’s Board President Mark Foley and Vice President Rebecca Saltzman will bring forward two additional recommendations of the initiative, on April 8th. At this Board Meeting, a request will be made to set up a program to hire transitional-age youth to serve on the hiring panels for BART’s new Transit Ambassador and Crisis Intervention Specialist positions as part of the BART Police Department’s Progressive Policing and Community Engagement Bureau. Also, President Foley has committed an action on the April 22 meeting to include the prohibition of sexual harassment in the rider code of conduct.

“This work has given space for BART to build trust in the community and to change policy and culture to create the equitable world that girls have been fighting for and dreaming of for a long time,” said BART Director Lateefah Simon who led the effort to approve the Board resolution. “As we work to regain confidence in transit following the COVID-19 pandemic, we must prioritize the needs of girls and uplift solutions that will stop normalizing harassment and help girls feel safe on BART.”

Not One More Girl was prioritized by BART after Alliance for Girls presented BART’s General Manager with their Together We Rise report showcasing the lived-experiences of girls of color in the Bay Area and the physical and verbal harassment, often of a sexual nature, they experience on transit. Alliance for Girls and its partners organized a listening session at Betti Ono in Oakland where BART leadership heard directly from youth and advocates. BART committed to making changes informed by the girls policy agenda, with the Board of Directors approval of a resolution supporting the work and action plan.

Betti Ono has curated a series of public activations throughout Oakland in the coming weeks to engage impacted communities that are often overlooked. With youth speakers, spoken word poetry, musical performances and free healing kit giveaways, all members of the community are invited to create safe and just passageways for girls and gender expansive youth. Find details here. 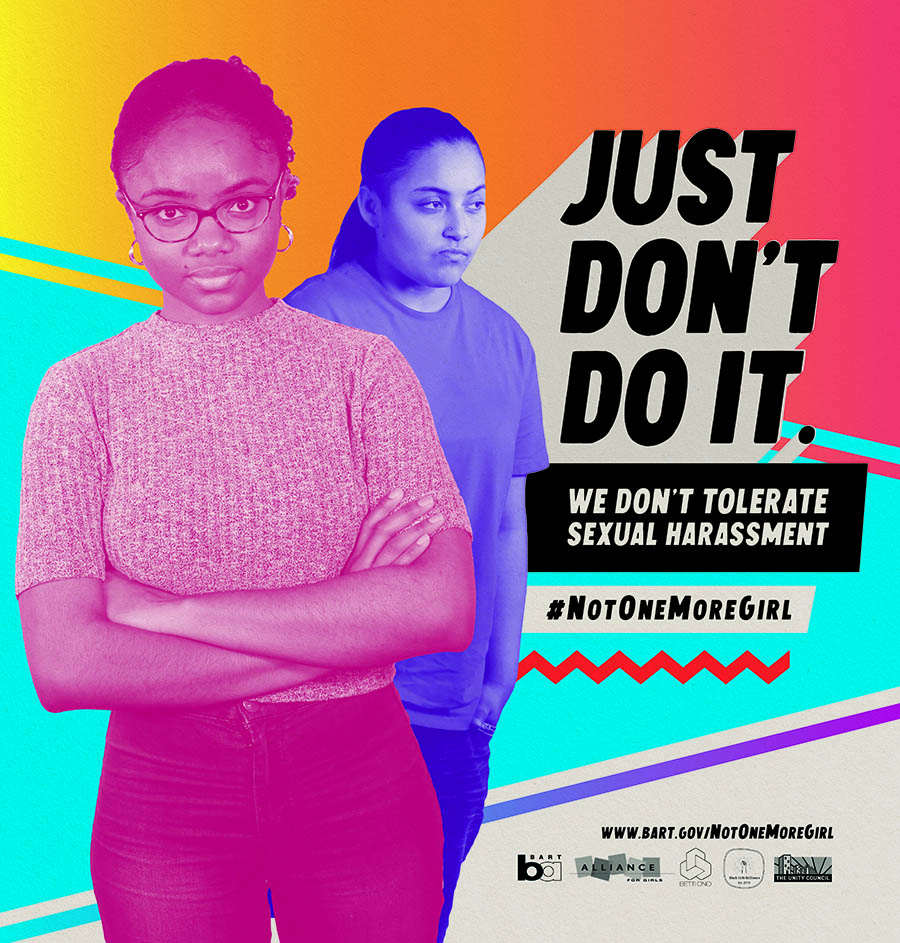 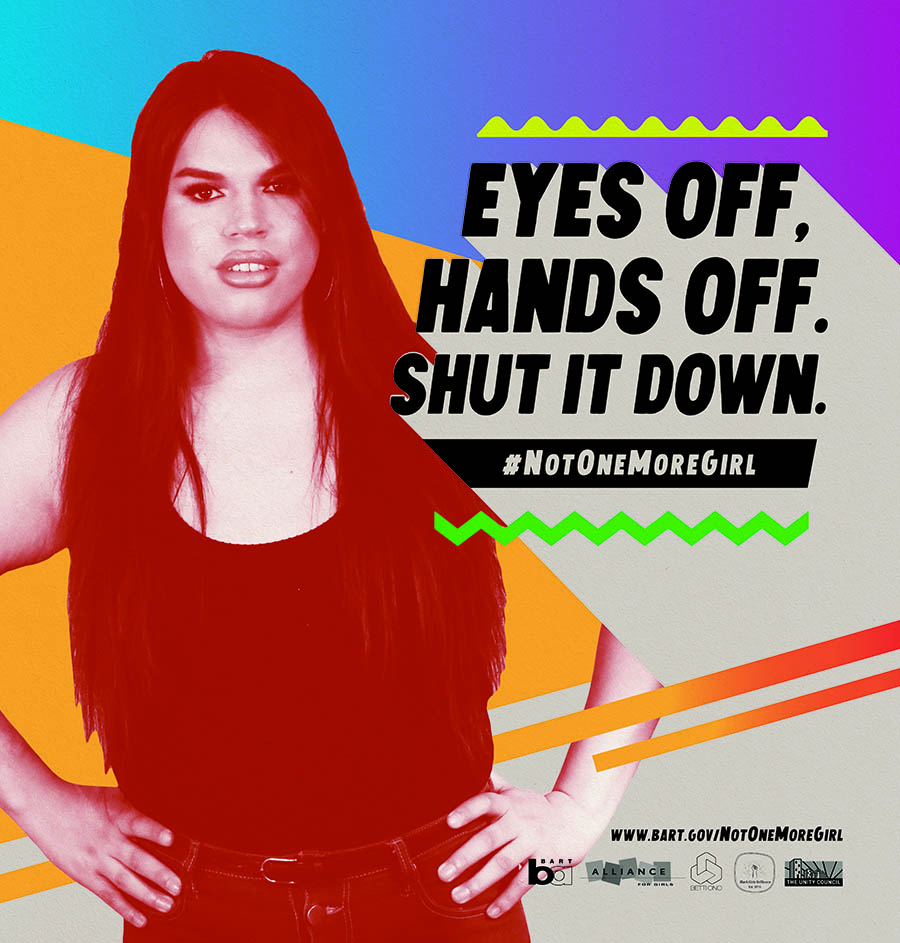 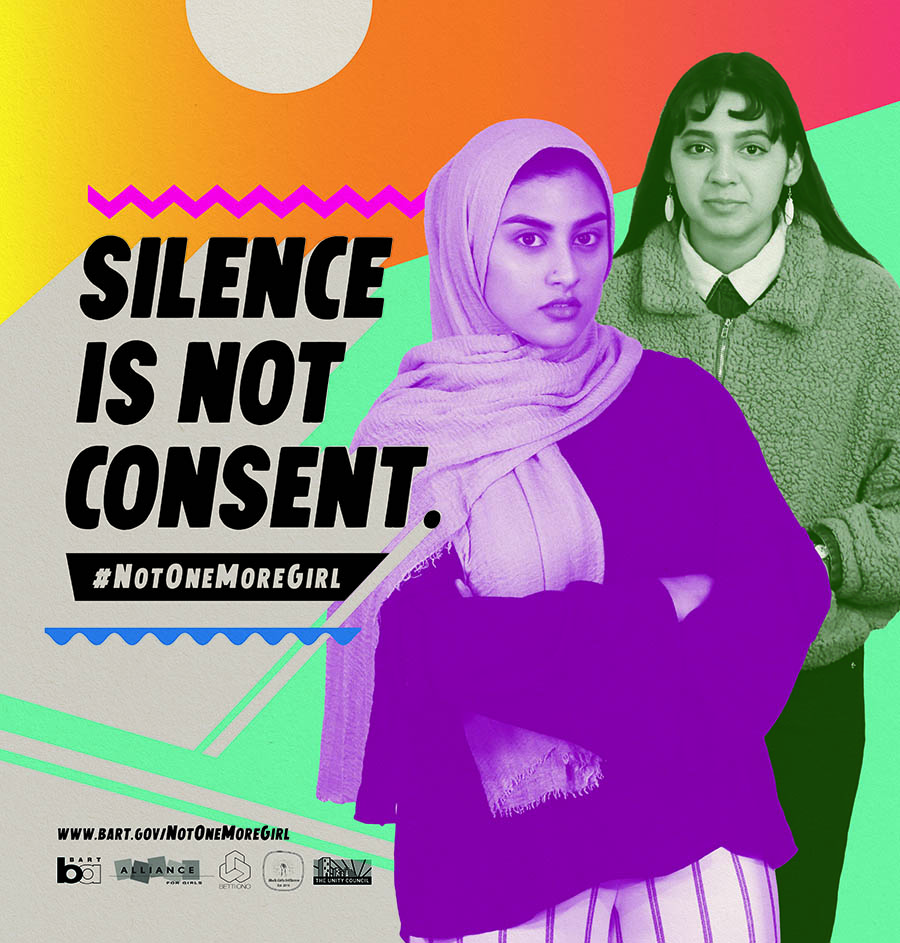