BART PD officers and staff teamed up for the Special Olympics Northern California Torch Run from Hayward to Castro Valley.

BART PD joined more than 100,000 law enforcement professionals and their friends and families across the country to raise money for Special Olympics. Those fundraising efforts over several decades have collected more than $600 million for Special Olympics not including this year’s event. This year BPD raised $2,400 on the relatively short notice of just one month.

The BPD Torch Run Team consisted of 16 runners, with a mix of sworn and non-sworn personnel, two runners from outside agencies, and most importantly, friends and family of BART. Motor Escort (Traffic control) was provided by a mix of Hayward and BART PD Motor units and was coordinated by BPD Lieutenant Ja’Son Scott.

The Torch Run route started at Hayward PD’s parking lot where the group took control of the torch and continued to the Castro Valley BART Station. The rout totaled a hearty 3.68 miles at a smooth 12:55/mi average pace, with 134 feet of ascent in hills and 49 feet in descent. The team covered the ground in 47 minutes, 35.7 seconds. Once the BPD team completed its trek, the torch was passed to San Leandro PD to continue the run. 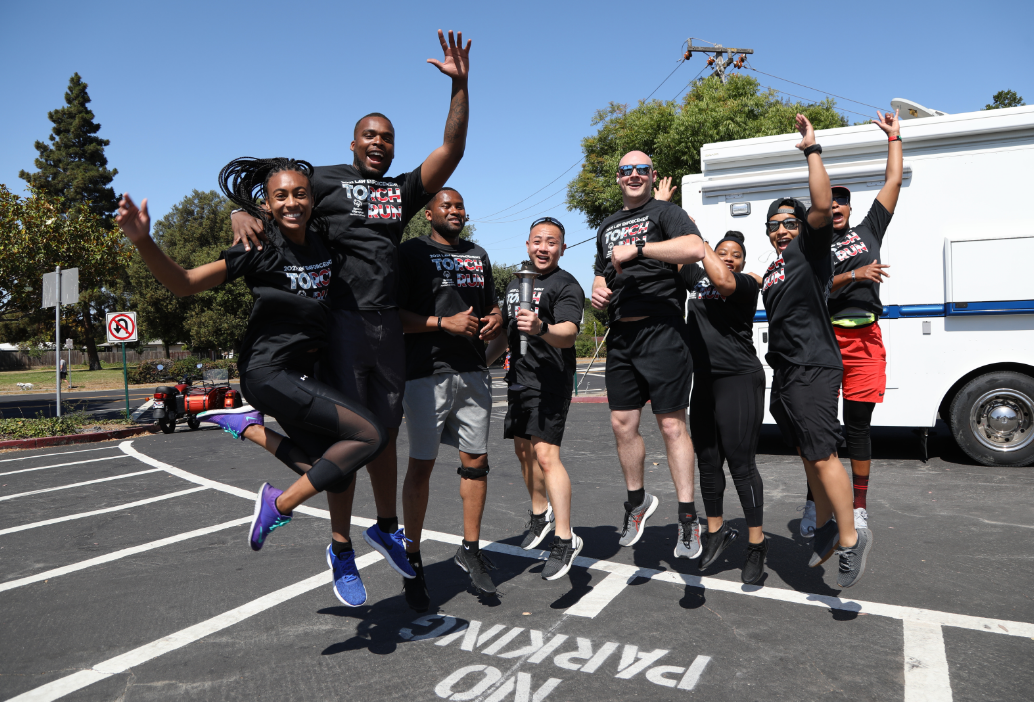 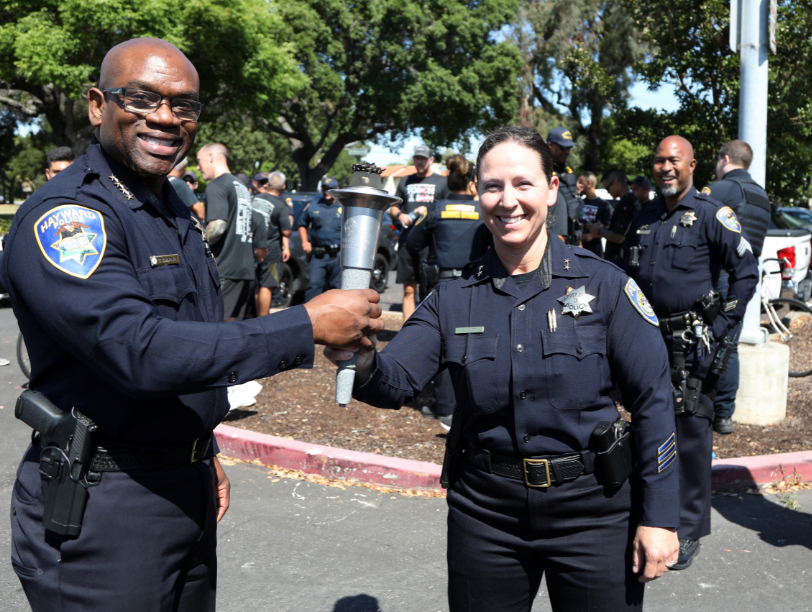