The special service will include limited stops and will only serve Pleasant Hill, Bay Fair, El Cerrito del Norte, MacArthur, and West Oakland stations in the East Bay, and Embarcadero, 16th Street Mission, and Daly City in San Francisco.

Only the Embarcadero Station will be open for entering after regular BART service ends.

Masks are still required on BART.

Four special event trains will leave Embarcadero at around 10:30pm. Fans should be on the Embarcadero platform by 10:25pm.

These trains have been timed to allow fans to stay the average length of a nine-inning game. BART will not hold trains any longer even if games go later. Fans must be on the platform at Embarcadero by 10:25pm to take BART home. BART also runs four trains leaving Embarcadero at 11:30pm serving limited stops after regular BART service ends on Thursdays, Fridays, and Saturdays through July 31, 2021. Learn more about this special limitd service.

Muni will offer connecting services from the ballpark to the Embarcadero Station. The T Third and Shuttle trains will provide post-game service to Embarcadero Station only. This limited post-game service will terminate before 10:25pm. Fans wishing to continue to West Portal must transfer to an outbound Metro bus on Market Street. All other Muni Metro train service will end at 9pm. All stations except Embarcadero will close at 9pm. You can get more details at Muni's website.

BART continues to run special service for Oakland A’s night games as well. Fans must be on the Coliseum Station BART platform by 10:10pm to catch the last trains of the night. A’s night games service makes all station stops. Full details can be found here. 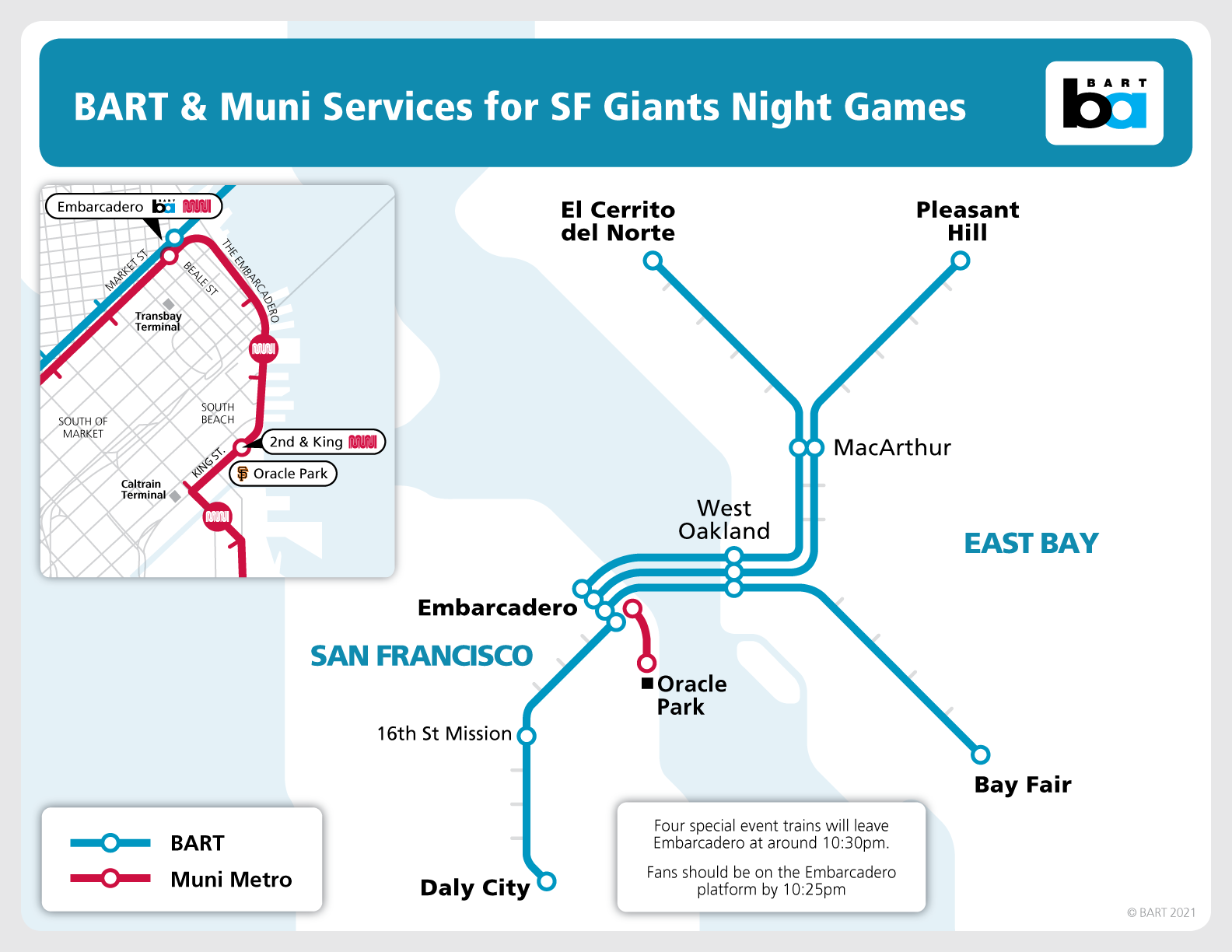