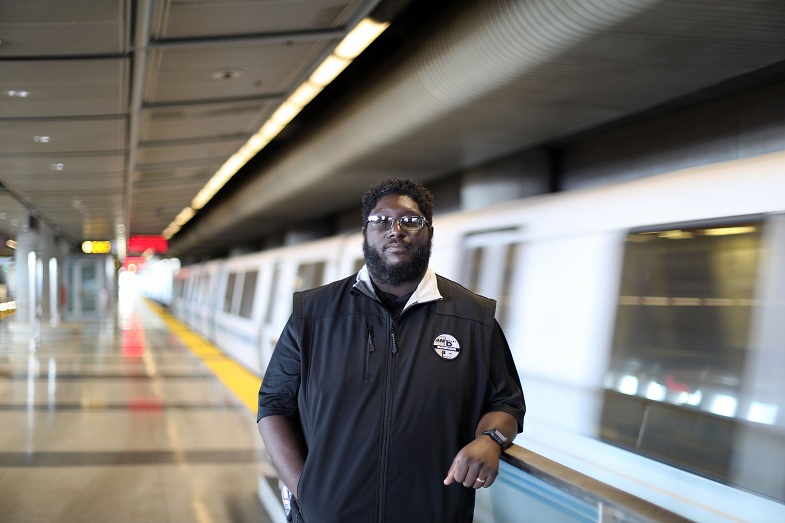 Curtis Zedd Jr., a born-and-bred Oaklander, does hard, physical work as a BART senior operations foreworker, troubleshooting problems on trains, his 6-foot-1 stature giving him a strong and commanding presence when emergencies arise.

And yet, it was his empathetic, compassionate, sensitive side that kicked in recently when he was credited with saving the life of a man having a mental health crisis, for which he received a commendation for outstanding service.

It was June 23 and Zedd had just checked in to start a shift at Millbrae Station. He noticed that two station agents were trying to talk to a man who was standing in the trackway between the running rails (the tracks the train runs on) and the electrified third rail, which powers the train and can be deadly if touched.

Zedd’s quick thinking kicked in and he got on the phone to the Operations Control Center, asking for the rail to the powered down, then he sat down on the edge of the platform, made direct eye contact with the man, and locked in his gaze. 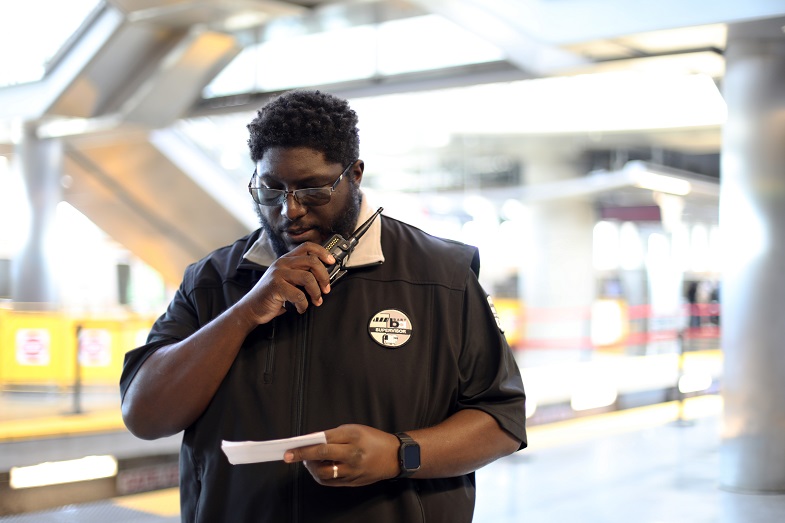 Curtis Zedd Jr. photographed using his radio during a shift at SFO Station on July 9, 2021

“The first thing I said to him was, ‘Is everything OK?’ “ Zedd recalled. “And he said, ‘No, I’m just tired. I’m tired of everything,’ And I asked him to tell me about what was going on with him. He said he’d already told it, that he’d told his whole story. And I said, ‘Well, you haven’t told it to me. Tell me what’s going on.’ “

The man, whom Zedd estimated to be in his late 50s, said he was a homeless veteran. He said he had nowhere to go, no hope, and just wanted “to end it all.”

“I just sat with him, and kept listening to his story,” Zedd said. “I told him, ‘This is not the way to go. We can get somebody out here to take you to a place to stay, to get you some help. I told him that he mattered, and also that his actions would affect a lot of people, people who would be hurt, who would be traumatized, by what he was trying to do.”

What’s especially remarkable is that Zedd stepped up even after having seen such traumatic situations already in his career. Many years ago, when he was working as a train operator at BART and just a few months out of training, a woman threw herself in front of his train at Montgomery Station; she survived. In another case a couple of years back on the Warm Springs line, he coaxed another person in crisis off the edge of the platform to safety.

Zedd doesn’t want to be called a hero, and said it was just instinct that kicked in. He went down into the trackway to be closer to the man at Millbrae after the third rail had been de-energized and trains were being held back.

“I told him, ‘Talk to me. You can vent. I’ll listen to whatever you have to say. Let’s just get out of the trackway. And in the end he calmed down.”

“I’ve been in transit for 20 years, before BART at VTA, and unfortunately you see this in the rail industry, you see people at the end of their rope sometimes,” Zedd said. He has some close friends who were on site at the VTA yard the day of the recent mass shooting. He grieves for them, and for all who have been touched by such tragedies.

“These things affect a lot of us transportation workers,” he said. “It’s something that station agents deal with every day; they’re usually the first people to come into contact with anybody having a mental health crisis.”

“When we see people who are in trouble, who need help, we try to help them. We sympathize with them,” he said.

Curtis Zedd Jr. received a commendation for his outstanding work on June 23, 2021

The job of a BART operations foreworker involves supervising train operators and station agents, in addition to troubleshooting and attending to emergencies. It’s an incredibly stressful job, but Zedd said he loves his work.

Zedd calls himself a “transit junkie” who has been riding BART all of his 41 years. His earliest BART memory is taking the train as a young boy from Coliseum Station in Oakland to 12th Street/City Center Station for the Christmas parade.

Operations Control Center Manager Shanon Matthews, who put Zedd in for the commendation, said he truly went above and beyond the call of duty. “We got a call from Curtis to de-energize the rail,” she said. “This person was very erratic, and Curtis kept the individual engaged in conversation. He kept him distracted and got him to turn away from the third rail. And he actually talked the guy back up on the platform and calmed the guy down. He was a strong, compassionate presence.”

BART Police Chief Ed Alvarez has recently created a Bureau of Progressive Policing and Community Engagement, which includes social-work-trained Crisis Intervention Specialists; you can find job listings for those positions at www.bart.gov/jobs. Because these crisis-focused workers can’t be in all places at all times, work like that of Curtis Zedd, the station agents who first interacted with the man in crisis at Millbrae, and others like them, are essential to BART, and to the wellbeing of all who use the BART system. 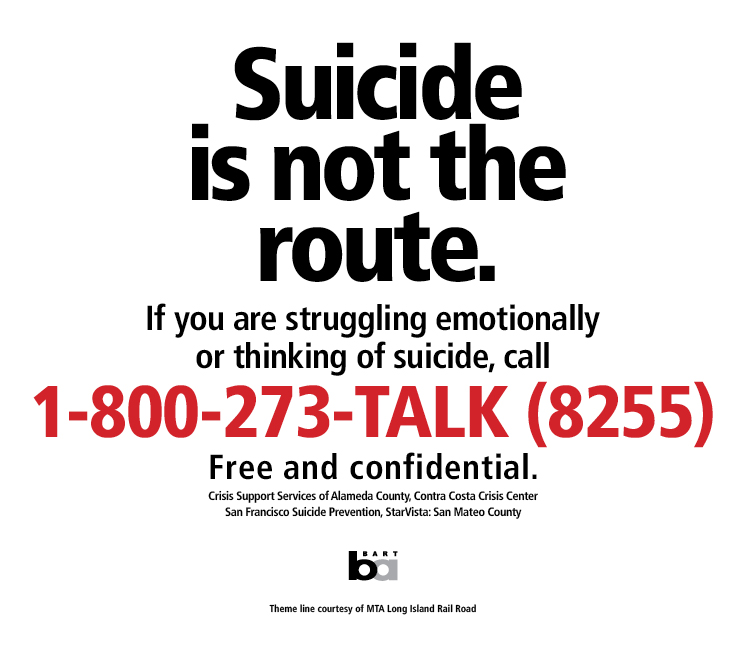