Avoiding Highway 4 traffic is easier than ever with the opening of 850 additional parking spaces at BART’s popular Antioch Station. The new lot, funded by several key partners, is BART’s latest effort to welcome riders back and to encourage East Contra Costa County residents to take BART instead of driving.

“BART has made a series of improvements at Antioch during the pandemic that many residents who have been working from home may not know about,” said Board President Mark Foley. “The station now offers plenty of parking with no wait list for monthly parking, an easier way to pay for parking, and we also added station agents in response to feedback from riders who wanted more staff presence at the station.”

Riders at all stations can now pay the daily fee or reserve single day or multi-day parking through the official BART app. The new app payment feature is in direct response to feedback from our riders who have complained about the hassles of paying for parking while in a hurry to catch a train. The process to purchase monthly parking or join the wait list has also moved to the official BART app. There is no longer a wait list for monthly parking at Antioch.

The new lot and the ability to purchase long term parking, without requiring a paper print out of a permit, comes just in time for holiday travel.

During the pandemic, BART also added a full-time station agent and station agent booth at the Antioch station in March of this year to better serve customers. The station originally opened without an agent. While staff was available through call buttons at the station, riders provided feedback that they felt they were on their own at the station and they wanted to see more BART staff onsite. 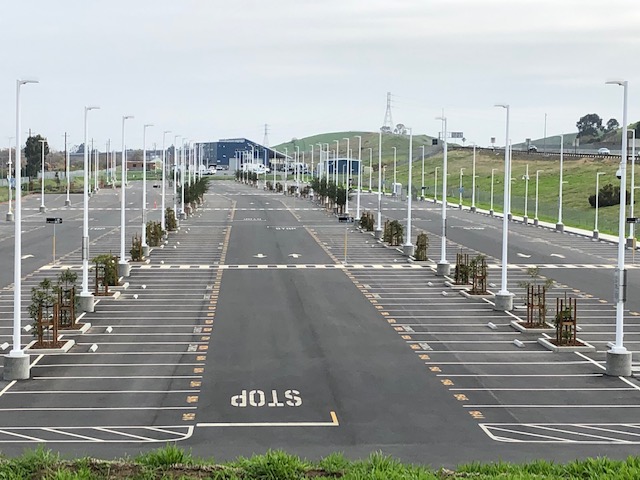