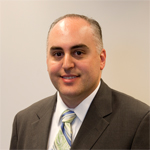 BART’s first-ever Independent Police Auditor is assuring the public that his oversight of the BART Police Department investigation into the July 3 officer-involved shooting will be thorough and independent.

Mark P. Smith had been at BART just a week when he received the news that an officer-involved shooting had taken place at Civic Center Station.

“It is a great relief that the Independent Auditor is in place to reassure the public that the investigation into the officer-involved shooting is conducted with the highest integrity and greatest level of transparency,” BART Board President Bob Franklin said. “After the tragic 2009 police shooting at Fruitvale, we sat down and listened to the public about the changes they wanted and worked with them to deliver a series of significant improvements they believe would increase transparency and public confidence in the BART Police Department,” Franklin said. “The list of changes that we’ve already made is quite substantial, including hiring a new police chief, significantly increasing visibility of officers on trains, tripling the training hours for our officers, streaming our board meetings live on www.bart.gov/board and selecting the 11-member Citizen Board. The hiring of Independent Auditor Mark Smith is the one of the last in a long list of changes the public wanted us to deliver upon. His arrival couldn't be timelier.”

INDEPENDENT POLICE AUDITOR & CITIZEN REVIEW BOARD ARE A DIRECT RESULT OF COMMUNITY INPUT
Public insistence on more oversight of BART Police resulted in the community and the BART Board of Directors creating the model for these independent bodies. BART’s Board of Directors, one of only a few publicly-elected transit boards, conducted an extensive and exhaustive search for the right person to fill the role of Auditor.

“We promised the public that we would improve our policing services,” BART Board Member Lynette Sweet said. “The oversight provided by these two groups is a direct result of that commitment.” Director Sweet chairs the Board’s Police Department Review Committee that is in charge of implementing the changes the public demanded.

ABOUT MARK P. SMITH
Smith brings many years of experience to this role. Most recently, he was First Deputy Chief Administrator of Chicago’s Independent Police Review Authority (IPRA). Before Chicago, he was a Special Investigator for the Los Angeles Police Commission’s Office of Inspector General where one of his key functions was to ensure compliance with the federal consent decree that came about in the aftermath of the Rampart scandal.

Smith’s report will go to the Citizen Review Board, which is made up of 11 individuals representing the areas that BART serves.