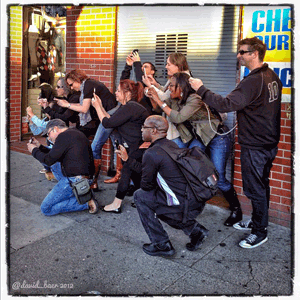 Art, technology and transit intersected recently when the East Bay IGers, a group of fans of the iPhone application Instagram, conducted its monthly photo-walk as a photo-ride – on BART.

Instagram is one in a new wave of applications that let people take photos on their mobile phones, apply different filters or special effects, then post them easily to social networks.

East Bay IGers are one of three large Instagram groups in the Bay Area (along with groups in San Francisco and Silicon Valley), and they’ve been hosting organized photo-walks monthly since October 2011. A photo-ride on BART was their venue for January.

“It seemed like a real natural, with the architecture” said Laurie Higashi, who co-leads the East Bay group with Jose Rodriguez. “There’s always so much going on at BART, things you can see out the windows, things on the trains.” 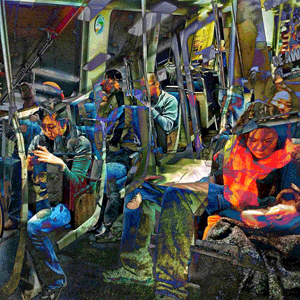 The photo-ride included about 50 photographers who started at West Oakland and made stops at 12th St./Oakland City Center, 19th St., Downtown Berkeley, MacArthur and Ashby, to take pictures in stations and surrounding neighborhoods.  Amateur photography is allowed on BART by paying riders in the course of their travels under various conditions; permits are required for commercial photography.

The photos from the BART ride display a wide range of styles and techniques; one uses apps to create what looks like surreal shards of colorful stained glass set over riders on a train; another is a striking black and white silhouette of a man in bowler hat that looks as if it could be from the 19th century. Higashi is a massage therapist and photo hobbyist; Rodriguez works in marketing and was a longtime amateur photographer. “I was shooting with a Nikon, posting to Flickr, but it wasn’t until the iPhone camera really just improved dramatically, that there was this opportunity to shoot on the fly with really good quality and the apps for editing. It’s been an eye-opening shift,” Rodriguez said. 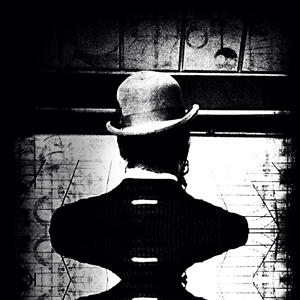 While some may criticize iPhone photography as limited to an elite crowd, Higashi and Rodriguez noted that camera phone photography in general is opening up new avenues for capturing one’s surroundings. “You always have your phone,” Higashi said. “It really is an equalizer.”
“It’s redefined what photography means to people and how they use it,” Rodriguez said. “It’s a new vehicle.”

You can read more about the rise of phone photography on the blog iphoneography. Instagram, one of the most widely used camera phone apps, is a San Francisco start-up.

“We are basically in this region with a lot of startups including Instagram. It goes a long way to explaining the interest in this area for mobile photography, these are people very interested in technology and the cutting edge,” Rodriguez said.  The Bay area is “a place where art and technology really come together, so it’s great that Instagram is based here ,” Higachi added.

To view a gallery of 20 curated photos from the BART photo-ride, visit the SFBART blog. You can view even more of the photos on this Instagram aggregator site.

The East Bay IGers are planning another photo-walk for February; details will be posted on their Facebook page.