In praise of cleaning: On the job with a BART stairway "brightening" crew

In praise of cleaning: On the job with a BART stairway "brightening" crew 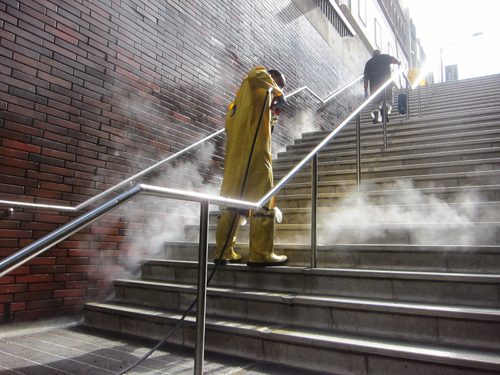 Monday morning, at the 12th St./Oakland City Center Station, three men in rubber boots and varying degrees of what looked like rain gear were mopping, spraying and washing BART stairs until they sparkled under the rising sun.

In a task worthy of the TV reality show "Dirty Jobs," they are a newly hired "brightening crew," another front in the daily battle taken on by workers known in BART lingo as System Service, or perhaps to riders as The People Who Work Really Hard to Keep Things Cleaner.

"It's important because the patrons deserve cleanliness," said Ruben Tan, a foreworker who has been in System Service for 22 years and used to be a cleaner himself. 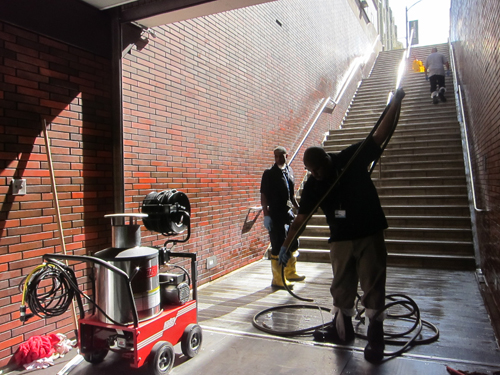 Miller was manning the Hotsy, Mosley mopping along behind to direct the water down the side, gutter-like, and Brown, the team leader, working the bottom of the stairs. 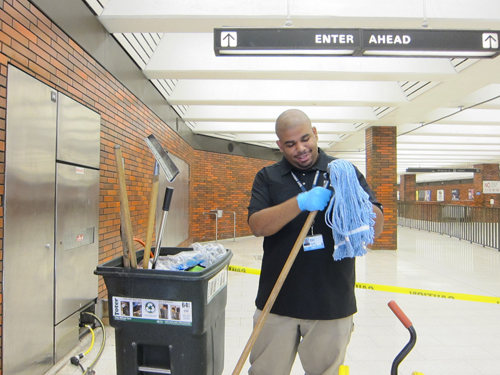 "We get so many thank you’s from the riders," Brown said. "We know we are appreciated."

They've only been on the job for a few weeks, thanks to some funds added in BART's new budget year that began July 1.

The brightening crew, which focuses only on stairs and entrances, is a supplement to overnight deep-cleaning scrub crews that operate when trains are not running, and to the regular cleaning staff, which works all hours. BART has 107 fulltime system service workers and 13 parttimers serving its 44 stations systemwide.

The brightening crew moves around from station to station starting in the mornings, when they sometimes have to clean up waste left behind by overnight partiers or sleepers. 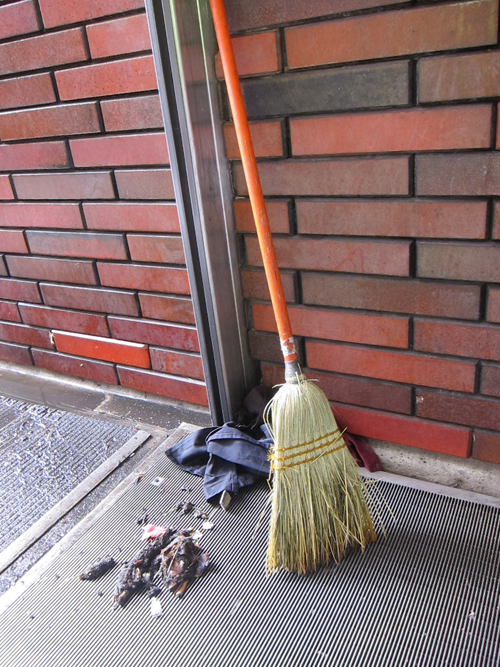 For now, the brightening crews are rotating between downtown San Francisco Stations as well as a few stations in Oakland and Berkeley. It wasn't too bad at the 14th Street and Franklin entrance on Monday morning, at least from the pile of debris at the bottom of the stairs. Some cigarette butts, gum, candy, trash. As the workers finished to break for lunch, before taking on another entrance, Miller added:

"We see a lot of happy customers. They love the way it smells when we get finished." 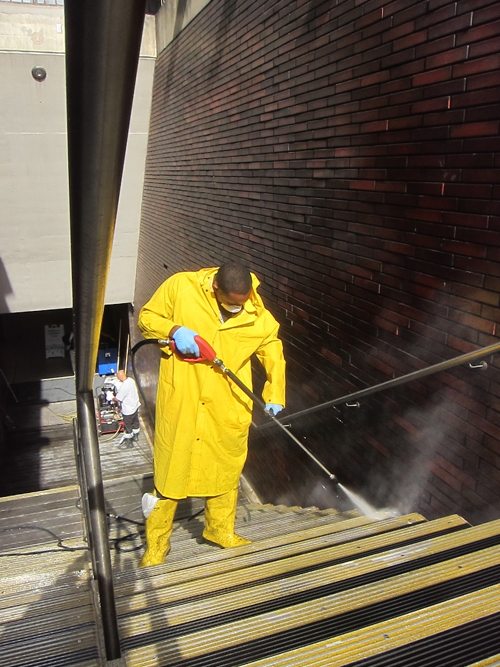 When asked if his job seems akin to the task of King Sisyphus of Greek mythology, forever rolling a boulder up a hill only to have it roll back down again, Miller smiled and laughed.

"We're just at the beginning of that hill," he said.

Tan, with his many years of experience, could relate: "This is never-ending work," he said. "And it is important." 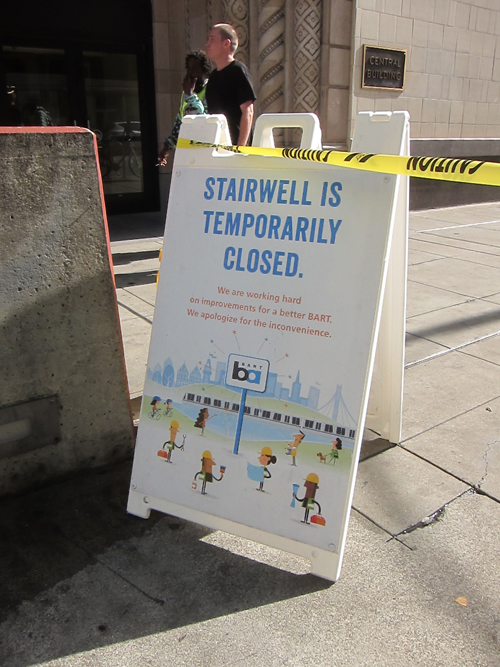 For the longer term, BART is hoping ideas like putting canopies over entrances so they can be closed off at night will help contribute even more to cleanliness and safety. Construction began Monday on the first test of that idea, at 19th St./Oakland Station. You can read more about the canopy project here.