Back to the future: BART conference connects users, creators of transit accessibility technology

Back to the future: BART conference connects users, creators of transit accessibility technology

When BART opened in 1972 it broke new ground for accessibility in public transit, buoyed by a burgeoning disability rights movement born in Berkeley. 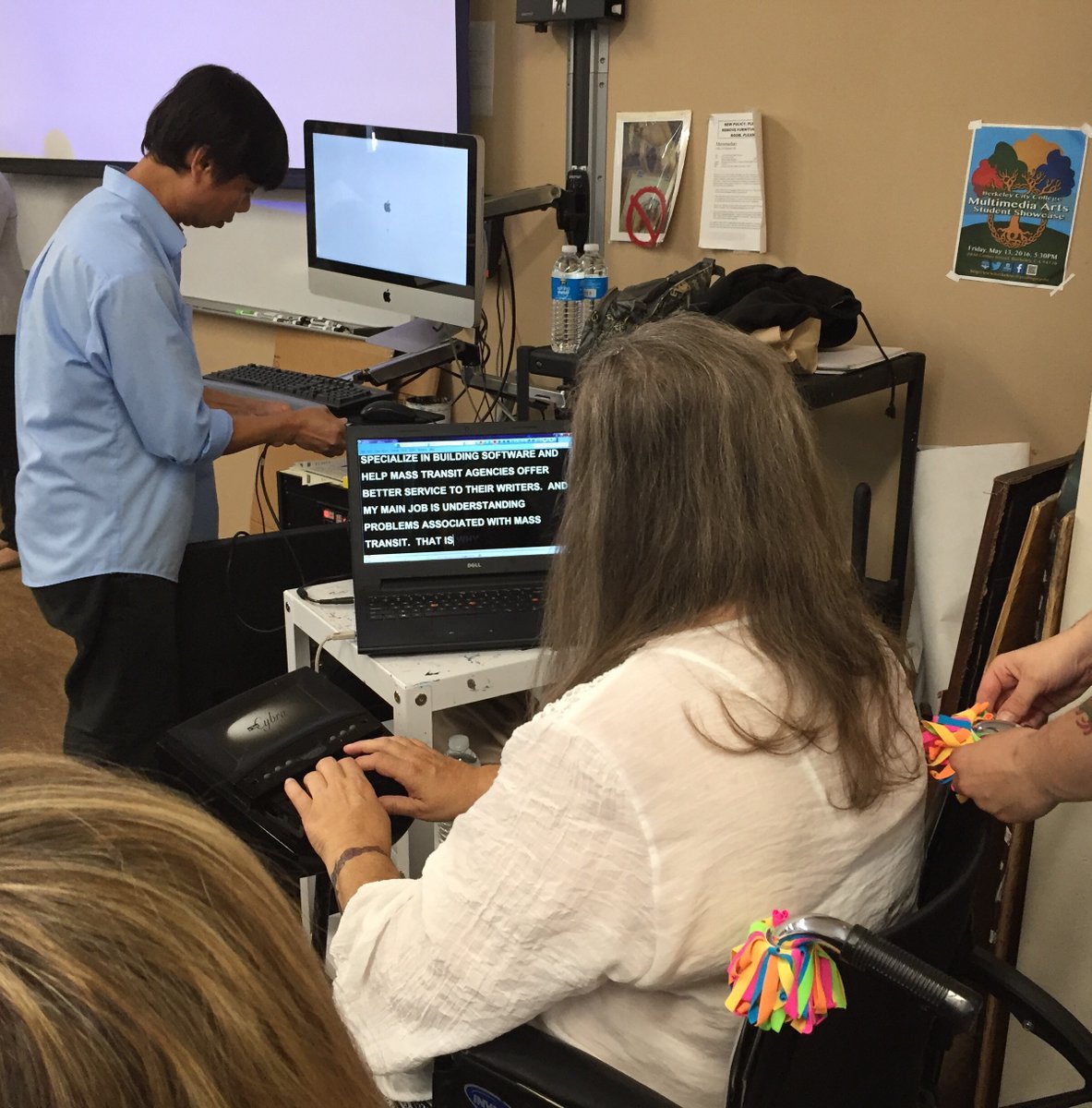 So it was fitting that Berkeley was the setting Wednesday for BART's AccessTech Developer Conference, marking  a redoubled focus on accessibility, particularly in areas involving new technologies.

"As we explore ways we can use technology to make BART easier to navigate, please also think about how it can be used for public transit in general and for improving accessibility between Bay Area transit systems," BART Board Director Rebecca Saltzman, whose district includes downtown Berkeley, said in opening remarks.

AccessTech was the brainchild of Bob Franklin, the manager of BART's Customer Access and Accessibility Department. Franklin and his staff had taken care of details like greeters at the door of host venue Berkeley City College, who directed attendees using wheelchairs toward the elevators and cheerily advised the visually impaired who wished to use the stairs, "16 steps down to reach the floor, the rail is on your right!" American Sign Language interpreters signed panel discussions, which were also projected via live captioning for access by the hearing-impaired. In image above and right, a live-captioner types as a presenter speaks at a breakout session.

The group reflected the diverse range of people with disabilities, who may have different needs, but share a common interest in accessibility to transit and transit information.

"The beautiful thing about technology is that it allows information to be customized to our sensory and physical access needs," Erin Lauridsen, assistive technology educator with the Independent Living Resource Center of San Francisco and a daily BART commuter, said in her keynote address. 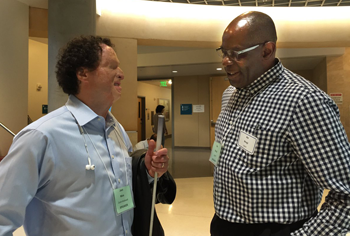 "As a blind traveler, the last mile for me really is about the last 100 feet," Lauridsen said, emphasizing the need for more detailed information beyond what's already available through existing technologies. "My preference is to do my own navigation and get my own information," she said. "Information is confidence."

Lauridsen said she was excited about the new trains in BART's Fleet of the Future, which will have automated audio announcements and improved passenger information overall.  "Good solutions are universal, they are customizable and they are elegant," Lauridsen said, urging attendees to "channel our optimism" in working together toward those solutions.

In plenary sessions, speakers included Laura Timothy, who oversees BART’s paratransit operations and who covered BART's responsibilities under the Americans with Disabilities Act (ADA); and Dr. Ike Nnaji, who works with the BART Accessibility Task Force (BATF), and talked about the evolution of accessibility over the lifetime of BART. Nnaji is pictured above at right with Josh Miele, a conference participant and scientist with the Smith-Kettlewell Eye Research Institute.

Moore noted that there are hundreds of apps powered by BART's open data, and "BART's API services are the cornerstone of these efforts," and are used among a group of about 5,000 registered developers. 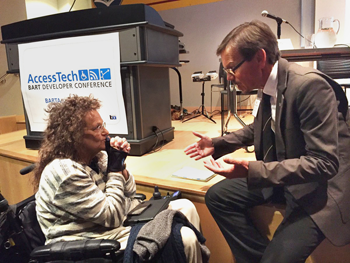 One of those developers is Ian Rees, software engineer with Mapzen's Transitland project, helped facilitate one of the afternoon breakout sessions. "I'm passionate about transportation, and about open data," Rees said. "My brother is a wheelchair user, so it (accessibility) is always in the back of my mind when I'm writing these apps."

As the day wrapped up, Marilyn Golden, a disability rights activist and a policy analyst at the Disability Rights Education and Defense Fund, reflected on her experiences through the day. She was heartened by what she called "excellent" presentations and chances to connect users of accessible technology with those who create the technology (groups that are not mutually exclusive). While she still has some concerns about accessibility on new BART trains, she said that overall, she saw the conference as a step in the right direction.

"Nothing but good can come out of an event like this today," she said. Golden is pictured in image above and right talking with BART Director Robert Raburn.

Franklin said the conference webpage at www.bart.gov/accesstech will be maintained to display materials from the conference, links to relevant information and notice of future activities on the topics covered at the conference.