Board gets update on bike program improvements and successes

Board gets update on bike program improvements and successes

More people than ever are using bikes to get to BART, reflecting overall record ridership, and BART has set a new goal for bike access that aims to improve the safety and convenience of the BART experience for cyclists and noncyclists alike.

That goal is on track to be eclipsed because access in 2015 was already at 6.4%. 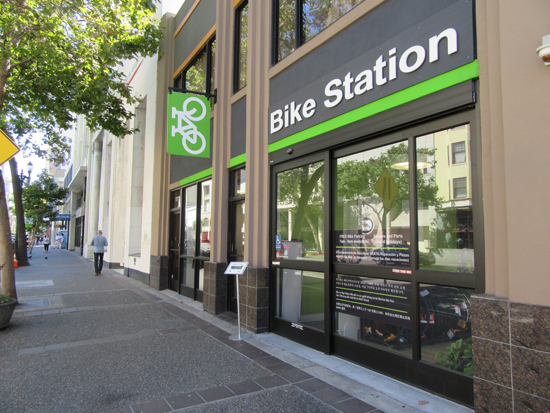 Steve Beroldo, BART bike program manager, will discuss the new goal as part of a presentation to the Board of Directors in Oakland on Thursday, June 23, starting at 9 am. (Download a PDF of the presentation here). A live webcast of the meeting will be available at www.bart.gov/board

The new goal is to hit 10% bike access by 2022, Beroldo said an in interview this week. The BART bike program wants to increase access as part of the overall effort to relieve congestion in the Bay Area, he said.

“We’re seeing more people accessing BART by bike,” Beroldo said. “There also has been a cultural shift towards biking in the Bay Area.”

Beroldo said that while access was increasing slightly earlier this decade, “the increase has become steeper more recently so, following that projection to 2022, we should be at 10%” 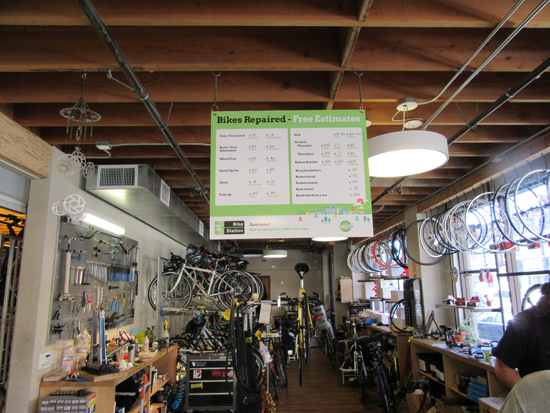 BART and partner groups in the community are working hard on efforts to make sure the system can accommodate the new riders and that cyclists and noncylists alike exercise courtesy and respect safety rules.

Robert Prinz, education director of Bike East Bay, said one improvement has been partnering with BART to decrease bike thefts by outreach at stations, providing BikeLink starter cards for electronic access, and other efforts.

"We collaborated on in-person education on proper bike lock techniques, 90-plus station visits and 500-plus BikeLink starter cards," he said.

Among those efforts outlined in the plan:

BART is trying to accommodate increased ridership by adding more secure parking to encourage riders to park their bikes at their home station. 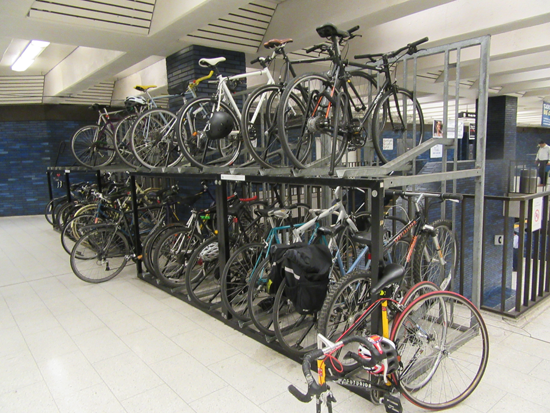 To accommodate bikes on trains, BART will be introducing straps to help hold bicycles in place in the designated bike spaces; the BART bike rules say cyclists are not allowed on crowded trains and should only board cars that can comfortably accommodate them and their bike.

On Tuesday, at the 19th Street Oakland Bike Station, pictured in two images at top right, daily commuters passed through in the afternoon rush hour to pick up their bikes, which were neatly stacked in double decker racks. Bikers can utilize free valet parking and buy biking equipment, or even get repairs done while they work.

“We have 130 spaces and every day we almost exceed capacity,” an attendant at the bike station said.

In another bike accessibility improvement,  BART, in partnership with 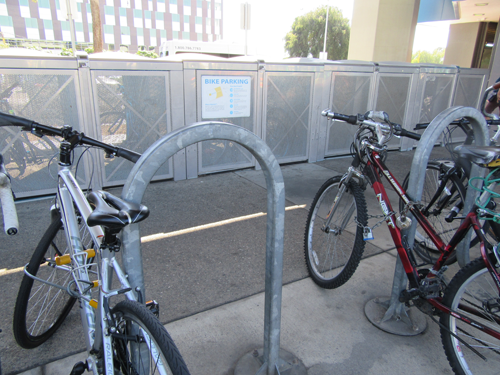 Bay Area BikeShare, they will be expanding its number of bikes from bikes from 700 to 7,000 with 25% of those new bikes being added to 16th/24th St. Mission, 12th St. City Center, Downtown Berkeley, MacArthur, 19th St. (bike racks inside 19th St. Oakland station pictured in middle image above);  Ashby, and Lake Merritt stations by early 2017.  (In last image, outdoor bike racks at San Leandro Station are shown in front of electronic bike lockers, another kind of secure bike storage.

Beroldo emphasized that increasing bike access to BART helps everyone -- not only noncyclists who take BART, but those who drive and those in the community at large, by improving environmental conditions.