There’s news about noise: using what is literally cutting edge technology, BART is slightly changing the surface of the train wheels to make for a quieter ride.  The new “wheel profile” is already being used on the Fleet of the Future pilot car on the test track and the early reviews are glowing.  “According to the train operators, the ride quality, compared to our existing cars, is like night and day ” says Chief Vehicle Engineer Henry Kolesar. 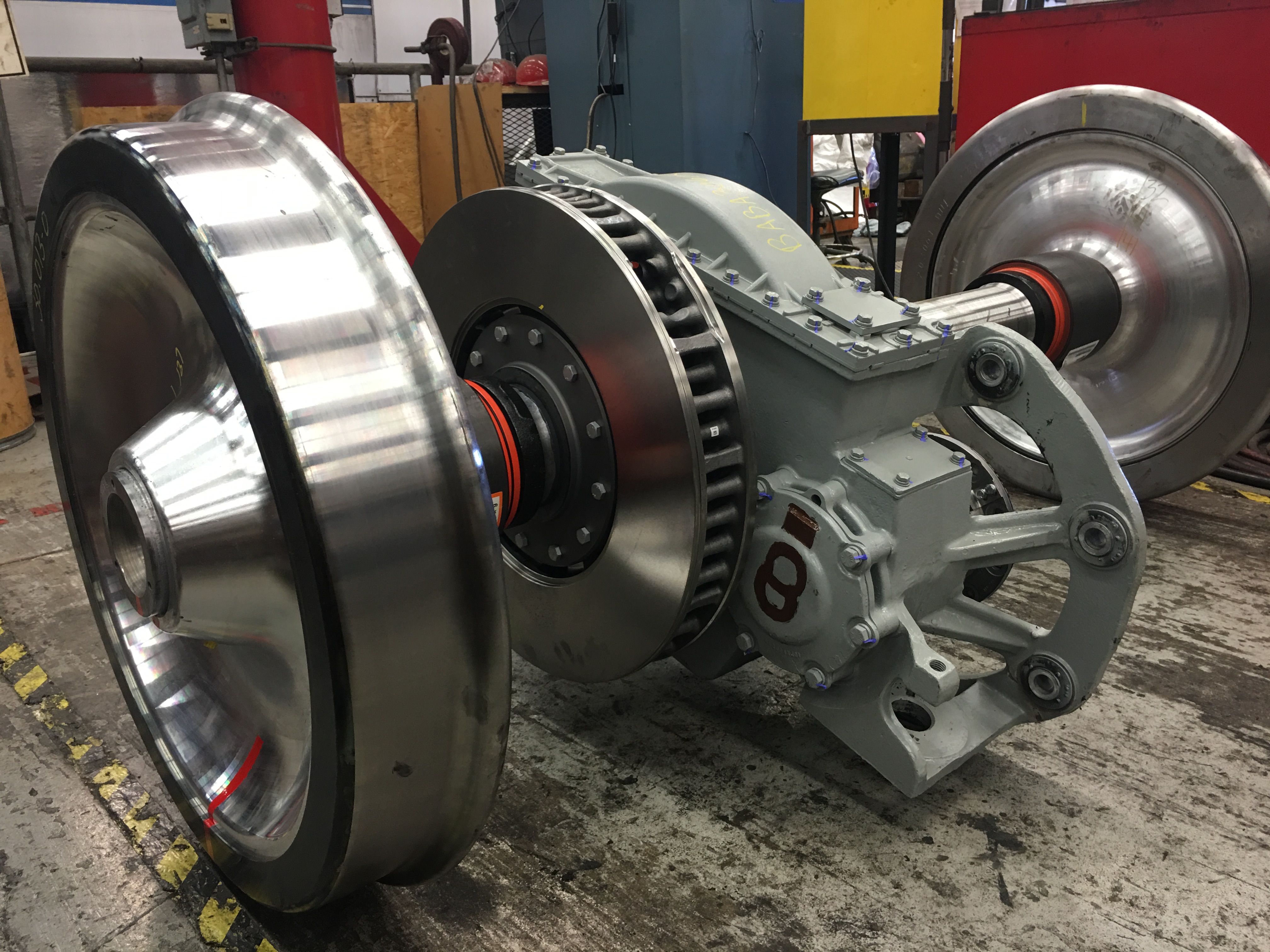 BART’s wheel surfaces are shaped to precise specifications using computerized cutters.  Even miniscule changes to the specifications can have a big effect. To understand why, it helps to learn some BART noise basics.

When people talk about noise on BART and other rail transit systems, they are usually talking about “rolling noise,” sound generated by the vibration of wheels rolling over the rails. When this vibration creates visible ruts in the rail called “corrugation,” it creates even more noise. And when a BART train navigates some of the sharp curves in the track, the friction can create a squealing sound. Put all these factors together on a train in a tunnel and the noise is increased.

BART has spent considerable time and energy over the years trying to reduce this noise with varying degrees of success. Among the most notable efforts is the on-going work to smooth out the corrugated rails. BART owns two rail grinders. While most of the Bay Area is tucked into bed overnight, the rail grinders are smoothing out a short section of rail. It’s a never-ending task; think of the Greek myth of Sisyphus, the king condemned to repeatedly roll a rock to the top of a mountain only to have it roll back again.

It wasn’t until about a couple of years ago that we reached a real breakthrough in solving the root cause of excess rolling noise. When BART sought a builder for its new fleet of train cars, it provided some challenging requirements to Bombardier, among them some pretty tough-to-meet noise specifications. Luckily for everyone, Bombardier had one of the top experts in the world.

The Bombardier engineer, using computer modeling technology that was unavailable even 10 years ago, found a way to change the shape of the wheel to a slightly tapered profile that promised to not only reduce noise, it promised to reduce wear and tear on the rails.

It all looked great on the computer but BART proceeded cautiously.  “The 99 million dollar question was ‘what about unintended consequences?’”, says Assistant General Manager for Operations Paul Oversier. “Is there any risk that we would potentially have a negative impact on safety?” 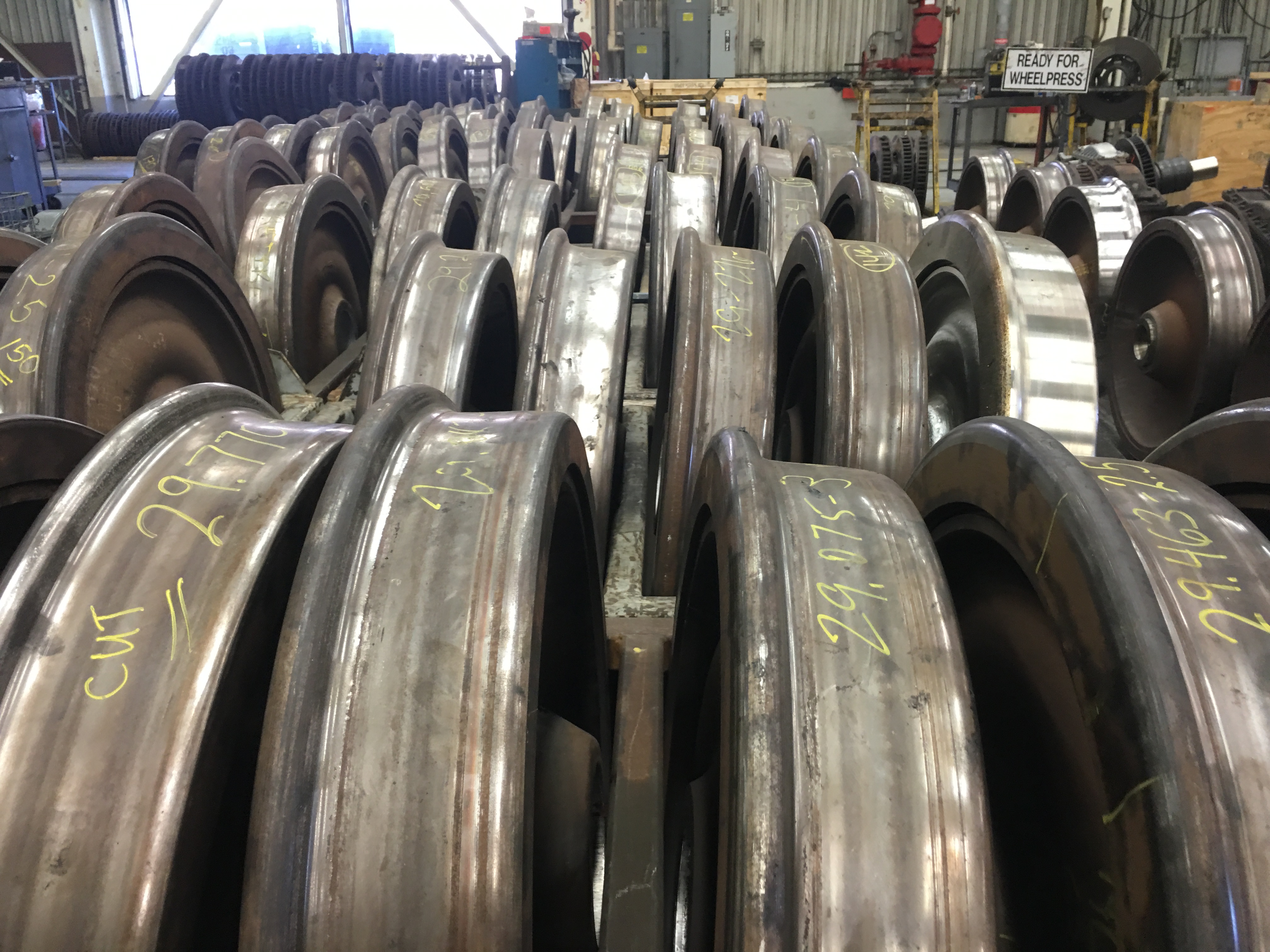 How much quieter? Henry Kolesar says the testing shows the new wheel profile could cut noise by as much as 50 percent.

After performing their due diligence, BART’s Operations staff decided to not only cut the wheels of the new cars with the breakthrough profile but change the profile of the wheels on the existing cars as they come in for regularly scheduled maintenance.

It will take 12 to 36 months to change the wheel profiles on all of BART’s train cars but the result will mean not only a quieter ride for riders, but a victory in the constant battle against corrugation. Because the new wheel profile doesn’t create the same amount of corrugation, track grinding will eventually be reduced to a manageable rate, saving time and money. Sounds good, doesn’t it?