Podcast: You won't believe what turns up at Lost and Found

Podcast: You won't believe what turns up at Lost and Found

“When did you lose the phone?”

It’s easy to lose a cellphone but you might be surprised to learn what some people leave behind on the BART system. 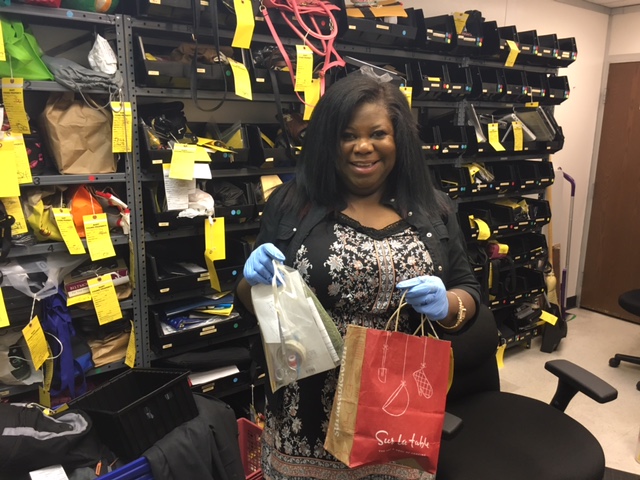 “Well there are things that I can’t mention.  But I also have right now currently I have a wheelchair, I do have my disabled placard that came out of someone’s car, I have a stroller right now, rollerblades.”

That’s Stephanie Brown and she’s seen it all at BART’s Lost and Found desk at the 12th Street Station in Oakland.

That mix really pays off for BART riders who can get a little emotional when they learn if their personal item has been found.

Sebastian was more than just a little bit pleased when Brown was able to pick out his wallet from a bin filled with dozens more.

“So I lost my wallet on my way home from work and I got a letter in the mail so I figured I may as well come by and see what it Is and turns out it’s my wallet.  Yeah, I’m very excited about it.”

Finding that one elusive item is no small challenge….the storage area has enough items to rival a small department store.

“I’m in the main storage area for BART’s lost and found and one thing I’ve learned, if you can name it’s probably been lost at some point on the BART system.  As you can imagine, there’s hundreds of wallets and cellphones here.  There are more than 70 duffle bags, all kind of jackets, hats and items you’d expect.  But there are items you may not expect.  I see a pair of rollerblades, I see a DVD of 22 Jump Street if you’re interested in that, there’s a large Disney princess kite that’s still in the box and even beyond that somebody left a piñata behind and it’s got a picture of Goofy on the front.”

There can be unexpected challenges at Lost and Found….especially when it comes to lifting.

But for Brown, the joy is in the hunt…..like when she knew exactly where a certain bag with a special craft project inside was amid a sea of choices. 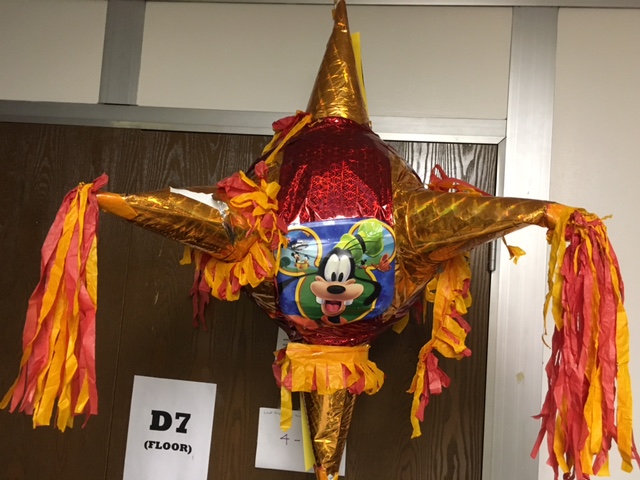 “But it did have a little clear white bag so it had to be a specific one.  I put it in because you never know what they’re going to say at the window, but this is it.  So you found the needle in a haystack here?  Absolutely, absolutely and I said she’s going to come back for it because it’s a work in progress.”

Of course not everyone comes back to retrieve their missing stuff.  Lost items that go unclaimed are donated to charity after 90 days.

BART’s Lost and Found station is open on Mondays, Wednesdays and Fridays.  You can learn more about reporting an item lost by going to our website at www.BART.gov