Podcast: An inside look at BART inspires East Bay teens

Podcast: An inside look at BART inspires East Bay teens

BART is making it a priority to reach out to young people.  In the latest edition of "Hidden Tracks: Stories from BART" we learn more about how BART is teaming up with U.C. Berkeley on the Y-Plan (Youth – Plan, Learn, Act, Now).  It’s an educational strategy that empowers young people to take on real-world challenges in their communities.   Listen as 70 students from Kennedy High School in Richmond get a behind-the-scenes look at BART operations.   That special tour prepares the students to come up with answers to this question: “How can BART better use technology to get more people excited about careers in the transit industry?”

“The train will actually enter the platform at 35 miles per hour.”

There’s nothing like getting a behind-the-scenes tour of BART to inspire young minds. 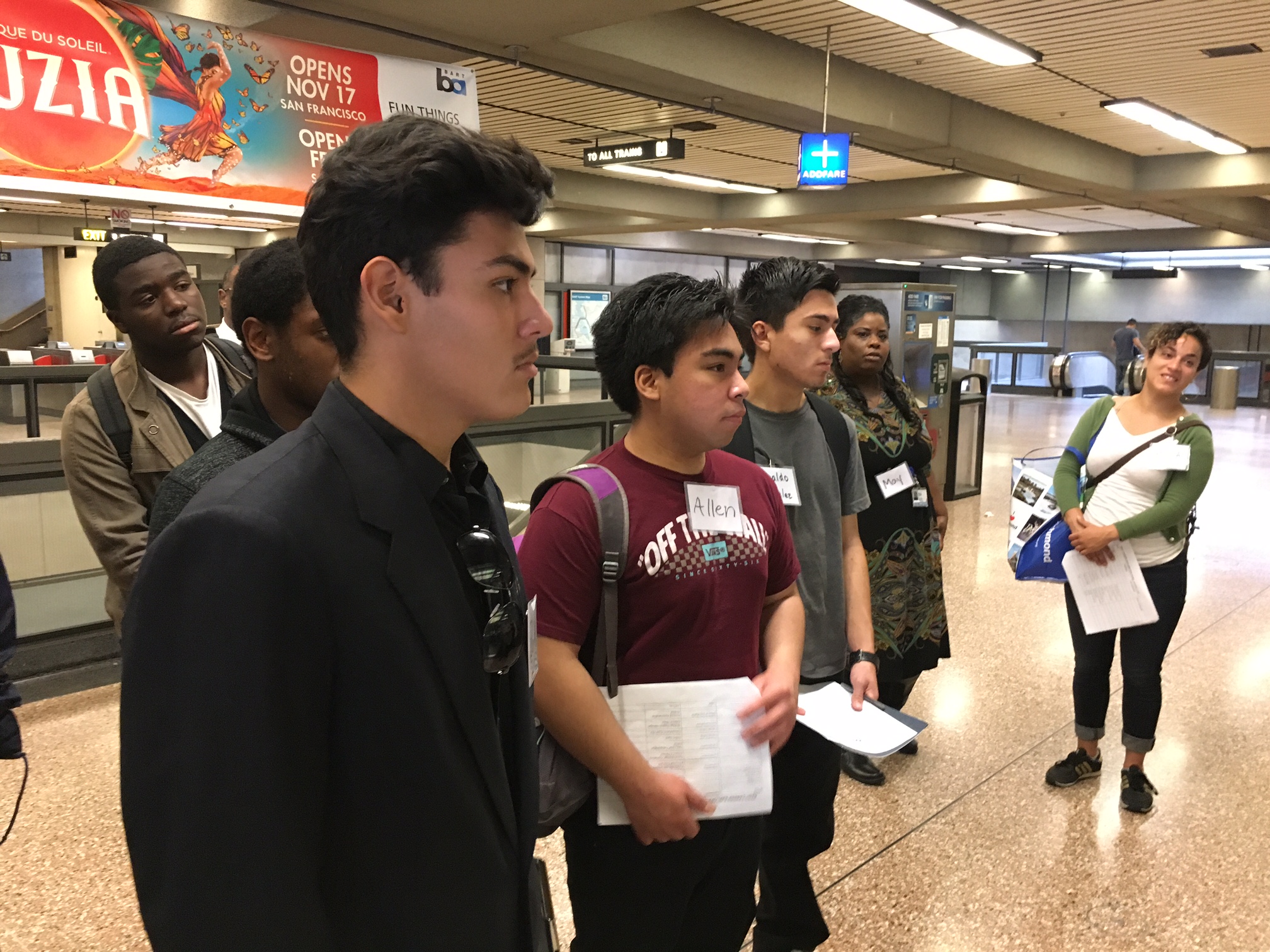 “I’m really enjoying it actually.  It’s kind of shocking to see all the different areas that are connected with BART when most people just think like oh it’s a station agent and the train conductor if you will but there’s so much more to it than that.”

Dozens of students from Kennedy High School in Richmond are getting that special inside look thanks to a partnership between BART and U.C. Berkeley.

Deputy General Manager Marcia deVaughn says the program presents a special opportunity for the students as well as BART.

“It really is and you know It’s just like the things that you see every day.  You see buses. you see trains, you think about public works but you don’t really know what goes on behind the scenes.  This is an opportunity for the kids to join us here at BART go behind the scenes and really see how it works and be inspired to maybe take an interest in having a transit career in their own futures.”

All of the students are in Kennedy High’s information technology academy.

Their challenge is to come up with ideas for how BART can better use technology to get more people excited about careers in the transit industry.

Kennedy High senior Jonathan Madrigal was among those brainstorming ideas.

“Putting an ad on YouTube since everyone is on YouTube because even though it’s a small commercial, if you make it unskippable a lot of people will be forced to watch it and of course it’s going to like, as they watch it and you put in all the interesting facts they can later on do research towards it and investigate more and there you go, you have an interest.” 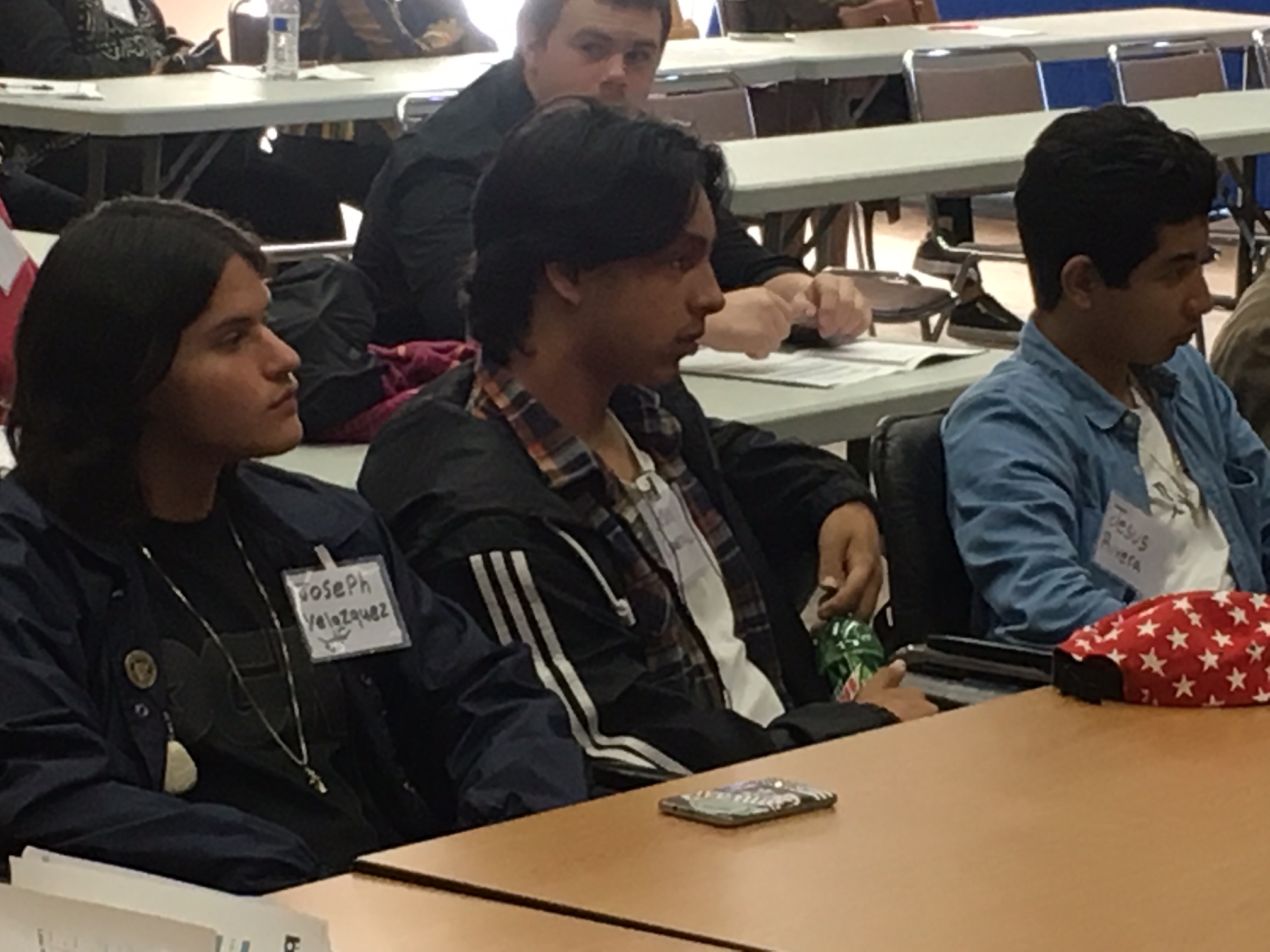 Doctor LaRue Moore is the academy lead for the I-T program at Kennedy High.

He was beaming with pride as his students got to ask career questions directly to BART managers and employees.

“Most of our students come from an area where they don’t get exposed to these types of opportunities.  Many of our students when they go with their parents they may go work in an industrial place or something like this.  This way they get an opportunity to see I can be that person that I’m sitting here looking at and that’s the purpose of this whole thing with our IT academy.”

Organizers of the partnership say the students will become agents of change in the communities that BART serves.

Many in the group say their tour of BART has sparked their interest in pursuing careers in public transit. “Yes, this is an eye-opening experience because I just thought it would be a simple, normal field trip, you come in here they just speak and they don’t show you that much.  They showed us a lot and how everything is run and it intrigued me.”

The students still have a few weeks to come up with their best ideas.

They’ll get a chance to present their final projects to BART executive managers and staff in early December.