Service began Saturday, March 25th with the first train departing at 5:48 am. Ridership for the first day was 1577 exits.

The project came in at more than $100 million under the original $890 million budget and serves a fast-growing Silicon Valley community. BART is running 10-car trains between Fremont and Daly City each weekday morning during commute hours to help with the increased capacity.

“The new station and 5.4 miles of new track will be a difference-maker in addressing the gridlock on interstates 880 and 680 by taking thousands of cars off the road each day, said BART Director Tom Blalock, who serves Fremont and has been a leader in making the extension a reality. “We’re also helping people reduce their carbon footprint by making the station fully accessible to pedestrians, bus riders and bike riders.”

The new station includes 2,082 parking spots, including 42 solar-powered electric vehicle charging stations (opening within a couple of weeks) as well as intermodal connections to AC Transit and private shuttles.

The solar panels installed on the roof of the station and on several parking canopies will produce more than enough energy to meet the station’s daytime power needs. Additionally, BART has installed bioswales that naturally filter silt and pollutants in surface run-off water before it enters the Bay watershed. (Find more about our efforts to prevent storm water pollution here.)

Accessibility was also key in the station’s design. The primary entry plaza is linked to pedestrian walkways and bike lanes. Warm Springs/South Fremont Station offers bike lockers and racks on the ground level and bike channels in stairways, making it easier for bicyclists to carry their bikes up and down.

Finally, The Warm Springs Extension  paves the way for BART to Silicon Valley, a 10-mile Santa Clara Valley Transportation Authority project that’s under construction and is expected to open for service later this year.

Download a PDF showing posters with various features of the new station that were displayed at the opening ceremony the day before service began, on Friday, March 24.

The BART map, QuickPlanner, and schedule have been updated to include the Warm Springs Station and schedule.

Check out our video of the station. 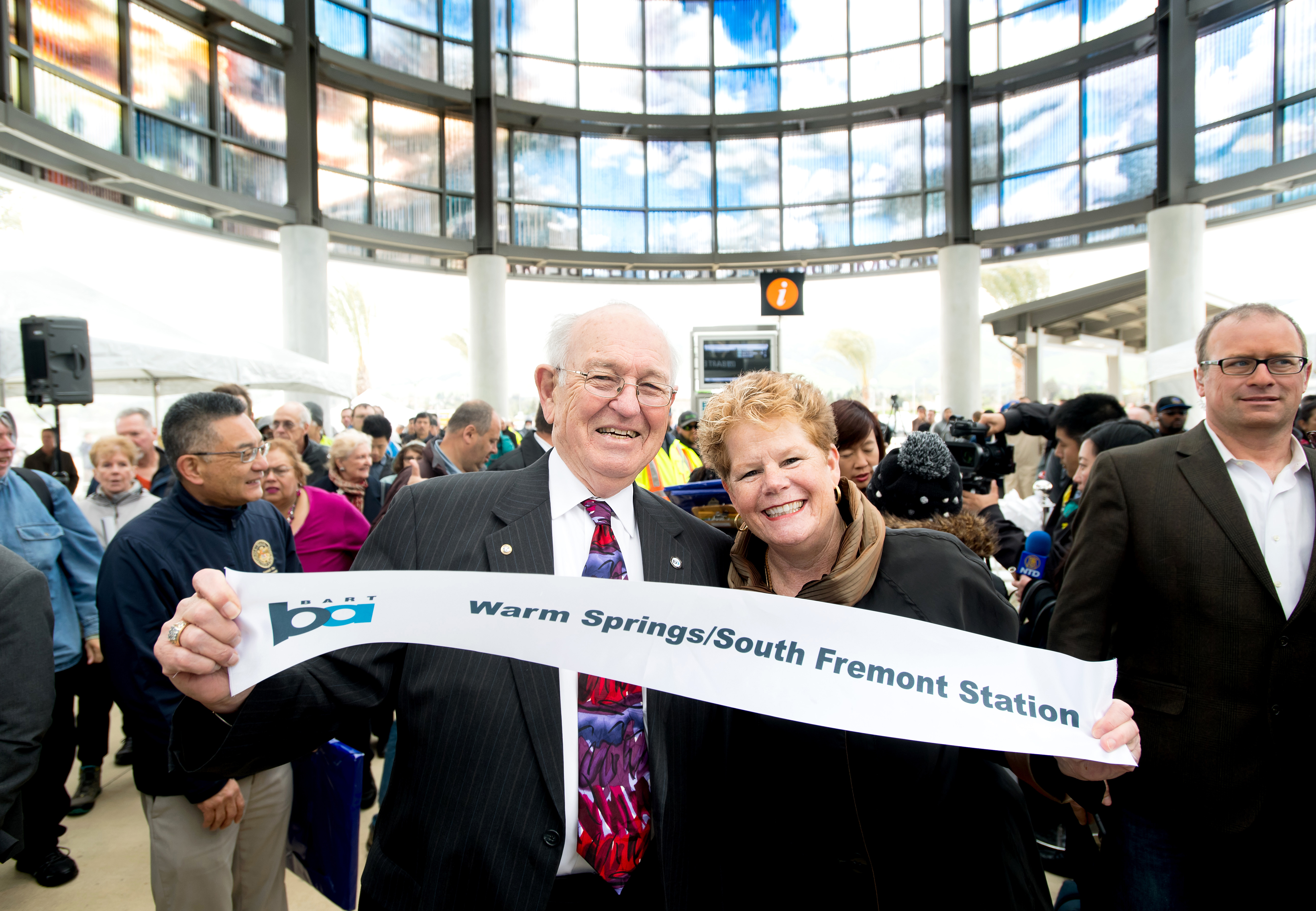