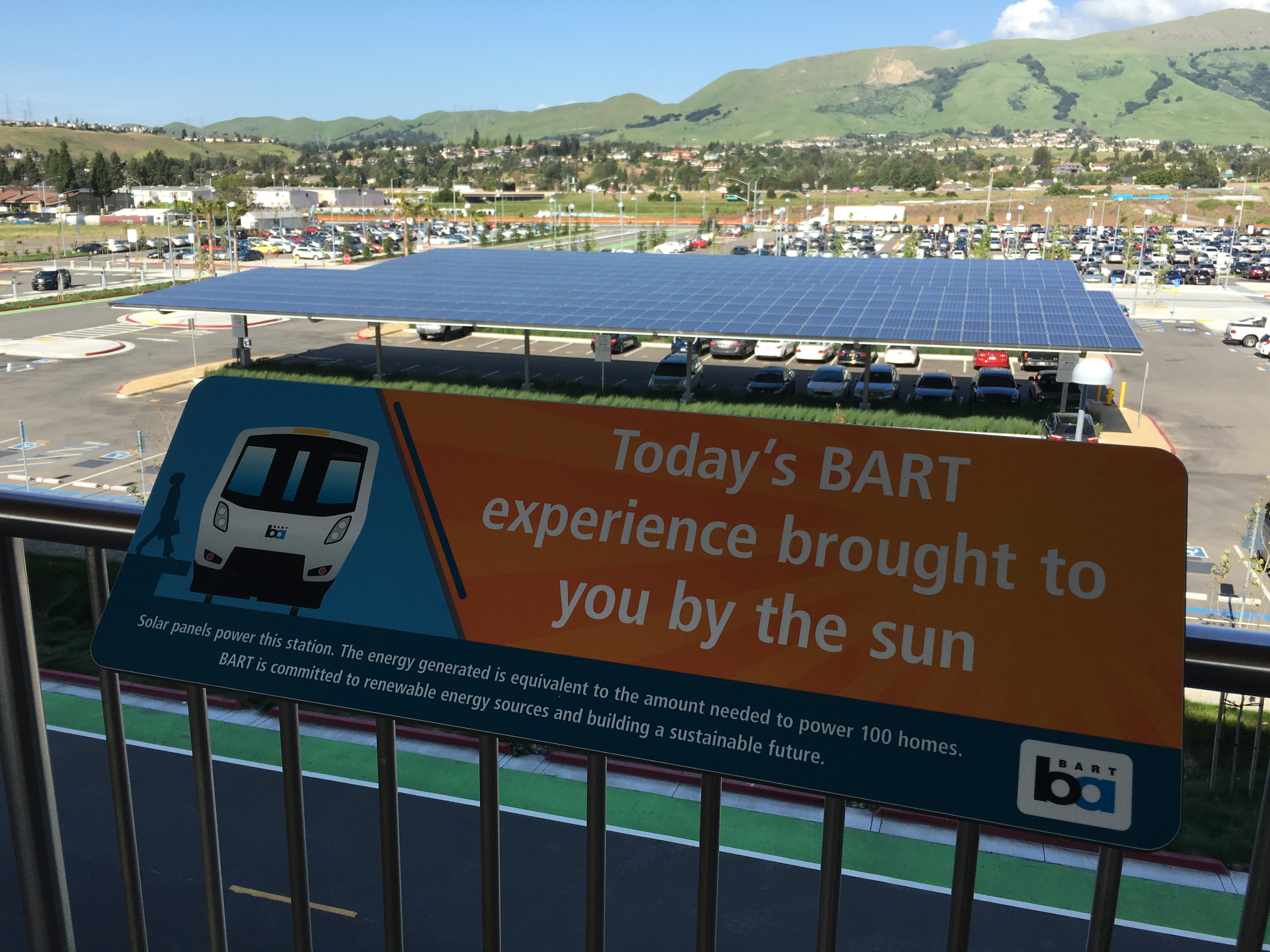 BART is adopting aggressive guidelines that will allow the transit agency to buy even more of its power directly from renewable sources.  The Board of Directors has approved a new Wholesale Electricity Portfolio Policy that will guide future energy purchases.
“Every day, BART takes cars off the road and helps drive down our greenhouse gas emissions,” said BART Director Nick Josefowitz. “But especially now, BART and the Bay Area must shoulder even more responsibility to combat climate change. Even though BART is not required to comply with the state’s renewable energy standards, we have committed to purchasing 100% renewable electricity and taking a leadership role in decarbonizing our transportation sector.”
Most transit agencies have to buy power from their local provider.  But thanks to state legislation approved most recently in 2015, BART has wide latitude in choosing its power sources.
The District has built its own electricity portfolio while still receiving delivery services from PG&E.  BART’s current portfolio is already 78% cleaner in terms of carbon content compared with a typical large customer of PG&E.   But the District wants to get more of its power from renewable sources such as solar, wind and small hydroelectric facilities.  BART’s costs are also 18% lower compared with large PG&E customers.
The new goals will require BART to have an electricity portfolio that:
Those goals would put BART on track to exceed the current state Renewable Portfolio Standard of 50% by 2030.  The District also plans to maintain long-term cost advantages compared to rates that BART would otherwise pay as a bundled utility customer.
“Given that renewable energy supply costs have fallen significantly in recent years and have approached cost parity with other supply sources, BART has an opportunity to set clean energy goals that are both ambitious and realistic,” said BART's Sustainability Manager Holly Gordon.
BART uses about 400,000 megawatt hours (MWh) of electricity annually.  That’s slightly more than the power used by the city of Alameda, making BART one of the largest power users in Northern California.
BART plans to put out a request for proposals from renewable power providers in May.