The work to ensure that every train car in the BART fleet is outfitted with working security cameras is now complete.  BART set July 1st as a target to finish the camera installation process.  That goal has been met.

The new cameras bolster BART’s existing security infrastructure network which includes cameras on platforms, inside and outside stations, as well as on police officers themselves.   These cameras and digital recording devices provide high quality images from onboard BART trains. Each car has four cameras on board.

“The installation of new digital cameras demonstrates our commitment to public safety,” said BART Police Chief Carlos Rojas.  “These cameras will be an effective tool for solving crimes that occur on the BART system by helping investigators to identify suspects.  The devices will also serve as a deterrent to prevent some crimes from ever occurring in the first place.”

The cameras have a useful life of six to seven years.  That coincides with the time it will take for the aging train cars to be retired from service as BART welcomes the Fleet of the Future.   The incoming fleet has been designed with built-in cameras.

The BART Board of Directors approved the contracts to purchase the cameras, DVRs, and box housing units for $463,749 in August, 2016 after testing various models.  The full cost of the project including labor and other materials was $1.42 million with the money coming from BART’s operating budget.

The original in-train camera deployment included a mix of real and decoy cameras that were installed in the late 90s and early 2000s as a deterrent against vandalism.

Now that every BART car is outfitted with a working camera, any rider who becomes the victim of a crime should take note of the number of the car they were in.  That number is posted above the end doors of each car.  Having that number will make it much easier for investigators to track down the video associated with any report of criminal activity. 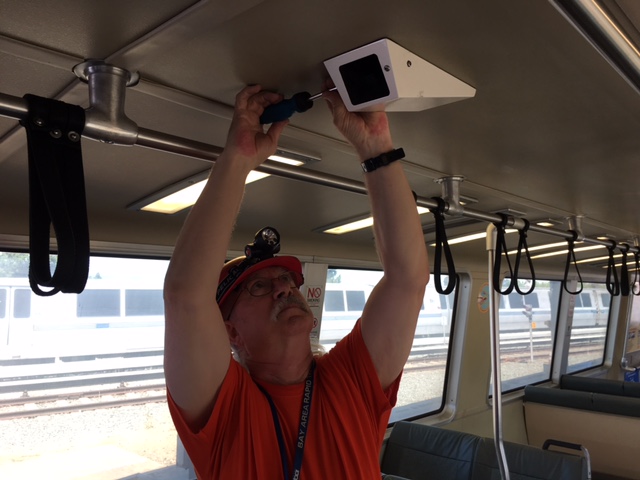