BART is on a hiring blitz for engineers who will manage projects underwater, in the air, on the ground and in the hills. Bridges. Tunnels. High-voltage. Low-voltage. AC. DC.  And more.

“We do it all,” says Tracy Johnson, Group Manager for Civil/Structural & Construction Engineering at BART. “You’ve heard of greenfield and brownfield? We’re a whole other kind of field.” (Greenfield = built from scratch/brownfield = built on a former site that’s been idled.)

Johnson is working with Laurence Farrell, Division Manager of Construction Engineering, to recruit engineers who will essentially rebuild much of the entire BART system, on the heels of the $3.5 billion voter-approved Measure RR bond. Farrell compares the complexity of the work to his experience rebuilding infrastructure in post-war Iraq or relocating soldiers from the DMZ on the Korean Peninsula during his U.S. Army service.

“I’m looking for Principal Engineers who will manage contracts up to half a billion dollars and oversee more than 100 employees,” he says. “There's a diversity of projects that makes for very interesting challenges for an engineer.”

They’re projects such as the upcoming replacement of cross-passage doors in the Transbay Tube – doors that aren’t top of mind for most riders, but which would be the exit route to safety, of life and death importance,  in the event of a catastrophic, 1,000-year quake.  “There’s a high degree of difficulty and it takes a rare skill set,” to do the work, says Farrell, who acknowledges that solving problems and making the seemingly impossible possible are like catnip to most engineers. Not to mention, BART offers the chance to serve the public in a way that stands the test of history. 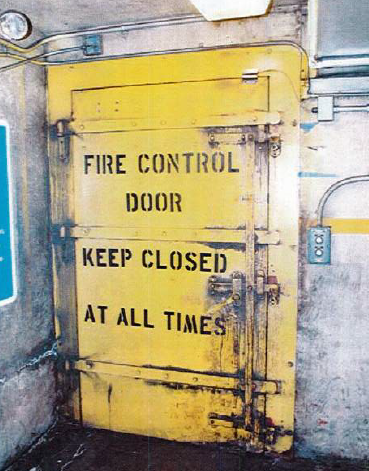 Previous experience in rail transportation, especially with an electrified third rail, is an ideal background, although BART has hired engineers from commercial rail, aviation, aerospace, and, as in Farrell’s case, from military service.

“We work in an environment with so many constraints,” Johnson says. Working in the Transbay Tube involves essentially setting up a new construction site with all the accompanying equipment and personnel each night at the end of passenger service, then breaking it down a few hours later, only to set it up again the very next night. Time moves at warp speed in this underwater frontier.

Specifically, BART is hiring for a Principal Engineer to manage Construction (Job ID 7835), another to manage Track (Job ID 7894) and licensed engineers at other levels for Traction Power and other work. In all, there are more than 100 positions to be filled, with listings at www.bart.gov/jobs.

These engineers will supervise construction, authorize on-the-spot design changes and work in tandem with other agencies as needed. The work can involve a great deal of independence, but also requires collaboration and good communication skills.

“We would love to see some resumes from engineers who are looking for a challenge,” she says. “At BART there is never a dull moment.”