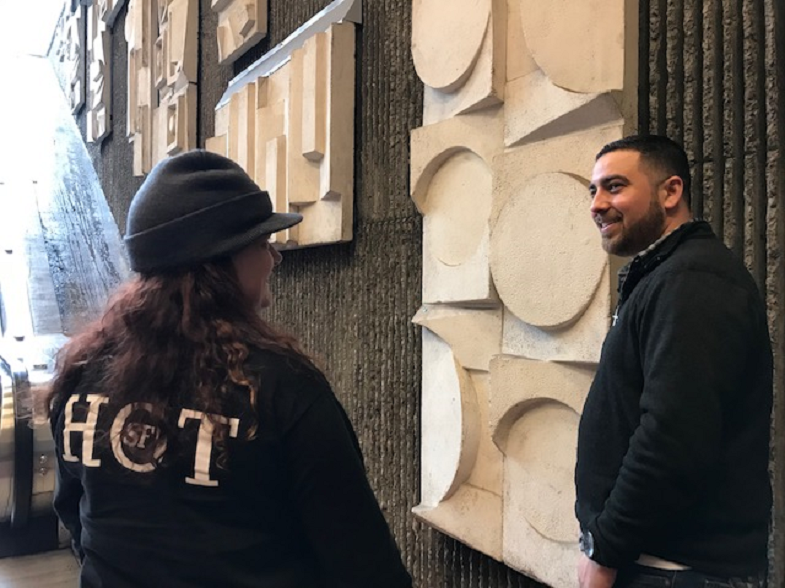 A partnership with the San Francisco Homeless Outreach Team that dedicated two workers full-time to downtown San Francisco BART stations had such success in its first year that it’s being expanded in 2019.

From November of 2017 to November of 2018, they made contact with more than 700 people. Of those, 537, or approximately 75%, were connected with one or more types of services – a very high percentage when dealing with a population of many chronically homeless, difficult cases. Even more notable – 164, or a little more than 25% of those cases, were considered “resolved” -- a term that means, essentially, they are no longer in a revolving-door situation and have been moved fully out of the BART system.

"This BART-dedicated HOT team is making a difference, day in and day out,” said Armando Sandoval, the BART Police Department’s crisis intervention coordinator and community outreach liaison.  “The numbers are very encouraging.”

The BART partnership is with the San Francisco Municipal Transportation Agency (SFMTA) and SFHOT, a division of the San Francisco Department of Homelessness and Supportive Services. The BART-specific teams are funded by BART as part of a $1.6 million quality-of-life improvement initiative that was made in the Fiscal Year 2019 budget, which runs through June 30, 2019.

“Based on the success of the first pilot in the four downtown San Francisco stations, we are anticipating similar success in the Mission,” said Tim Chan, Group Manager for Station Area Planning. “We will be recommending these initiatives for continued funding as part of the FY2020 budget, but it’s got to go through that process before we know if they will be approved.” 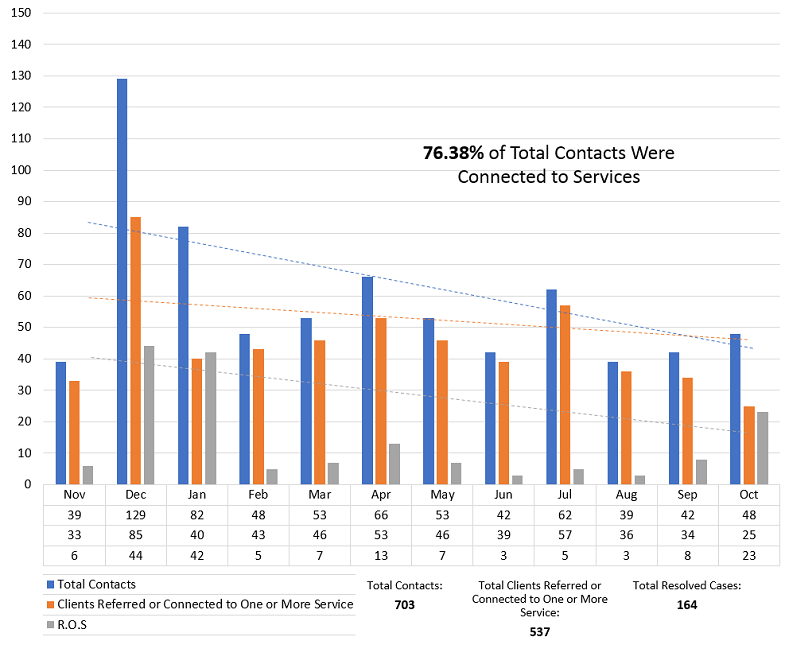 The Board of Directors will get updates on multiple priorities for BART, including  quality-of-life and customer experience improvements, in their workshop this Thursday and Friday, Jan. 24 and 25.

Last week, on the day of the biggest rainstorm slamming San Francisco so far this year, Jones and Fischer talked about their work and the next challenge, a BART-dedicated team for the 16th St./Mission and 24th St./Mission stations.

“It can take multiple contacts to gain an individual’s trust,” said Jones, who along with Fischer, gets to know their stations and the “regulars” who come back to them seeking shelter, especially when weather is bad.

Fischer explained that a “connection with services”could be making an appointment with a case manager, finding a shelter bed in which to spend the night, accepting a pair of clean, warm socks, or getting a hot meal. In a perfect world, that chain of small connections will lead to the case being resolved, a more permanent outcome that gives the person a place to stay that’s out of the BART station and off the streets.

Next up, hopefully in February, another two-person BART-dedicated SFHOT crew will be working 16th and 24th Street stations, Sandoval said.

He noted challenges unique to those stations, including many people with language barriers who will need bilingual outreach, and many who are undocumented and even more mistrustful of police and even outreach workers.

“It is a very tight-knit community and there is a long history of people taking care of their own,” Jones said about the Mission stations. He said that could cut both ways – established community organizations, including churches and mom-and-pop shops – can help take care of those in need. “I’ve seen small business owners pay a homeless person a few bucks for sweeping up their sidewalks, because they know that person is undocumented and willing to work but can’t navigate the system.”

On the other hand, the insular nature makes it harder for outreach workers to establish trust and assure homeless individuals they are there to help. There are also significant hurdles with increasing displacement of longtime residents from their homes due to soaring rents, Jones said.

BPD Sgt. Joel Enriquez, who supervises officers patrolling downtown San Francisco, said outreach efforts are the carrot while law enforcement arrests must be the stick when the carrot hasn’t worked. While being homeless is not a crime in itself, the fact that many homeless individuals suffer from drug addiction or mental health issues offers a path to other resolutions, be they medical, psychiatric or criminal. 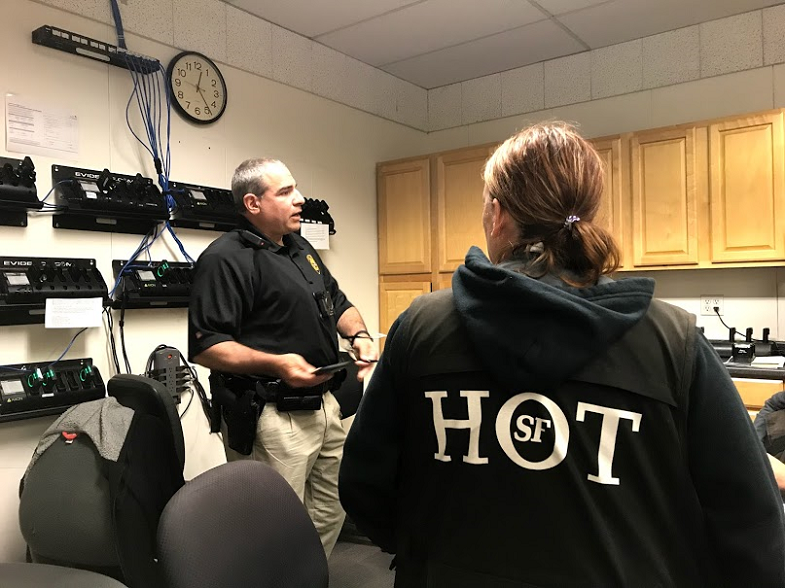 Newer initiatives, like enforcing rules against blocking free movement or interfering with rail operations, are being utilized to address those who will not accept services.

Sandoval breaks down homeless populations into three categories. First, there are those who are voluntarily capable of choosing to accept services and do so. Second, there are those who are incapable of making a choice to accept services, often because of their mental health or drug addiction problems; those may go down a medical, psychiatric, or criminal justice path to services, depending on their needs. Third are those who make a conscious choice to refuse services;  they are most likely to go down a criminal justice path, where they may eventually, but not always, have a change of heart and finally accept services to work on their issues.

The latest BART Customer Satisfaction Survey shows a continued need to address the problem of homelessness, which spills over into BART stations from the communities BART serves, and which has been exacerbated by the housing crisis.

The large amount of effort and new initiatives directed toward reducing homelessness’ impact may not have had time to be reflected in the latest survey.  For example, Jones' and Fischer's number of contacts peaked early in their program at nearly 130 in December of 2017; in comparison, the two made 16 contacts in December 2018, reflecting progress in moving homeless people out of the BART system and into services.

BART is also taking a District-wide approach to reduce homelessness problems in all four counties where it currently operates, include a just-launched team this month in Contra Costa County.  Strategies include:

You can read more about what BART’s doing at our Social Resources page.