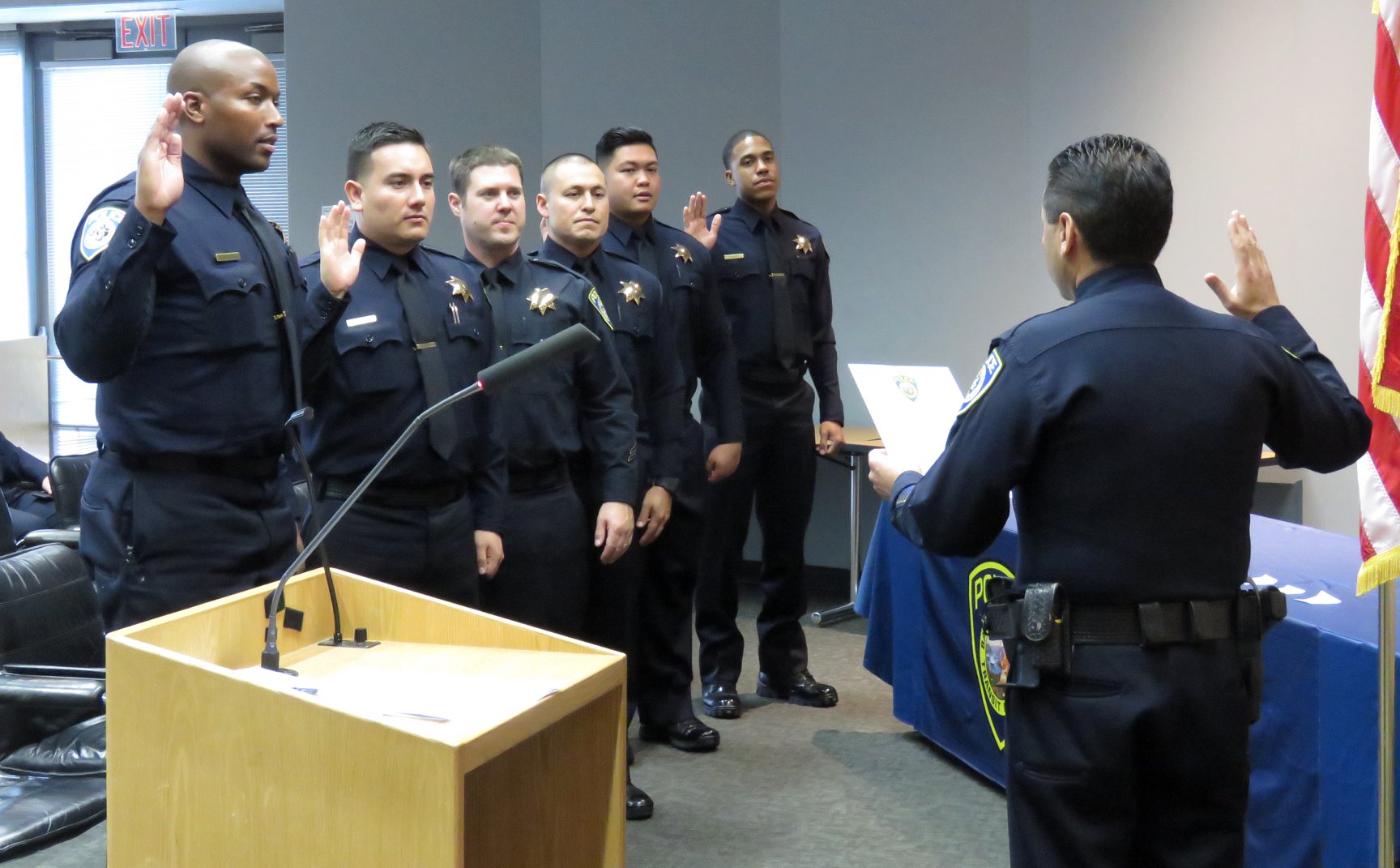 The BART Police Department's continuing efforts to recruit police officers to its ranks are paying off. On Monday, BART PD swore in 6 lateral police officers -- the highest amount of lateral officers BART PD has sworn in at once in recent history.

So far, this calendar year the department has hired 19 officers and will easily surpass last year’s total of 24. BART PD has already made significant gains in stepping up patrols because of an aggressive recruitment effort to get our officer vacancy rate from a high of 41 down to 20 today. Arrests have surged 56% in the past two years. 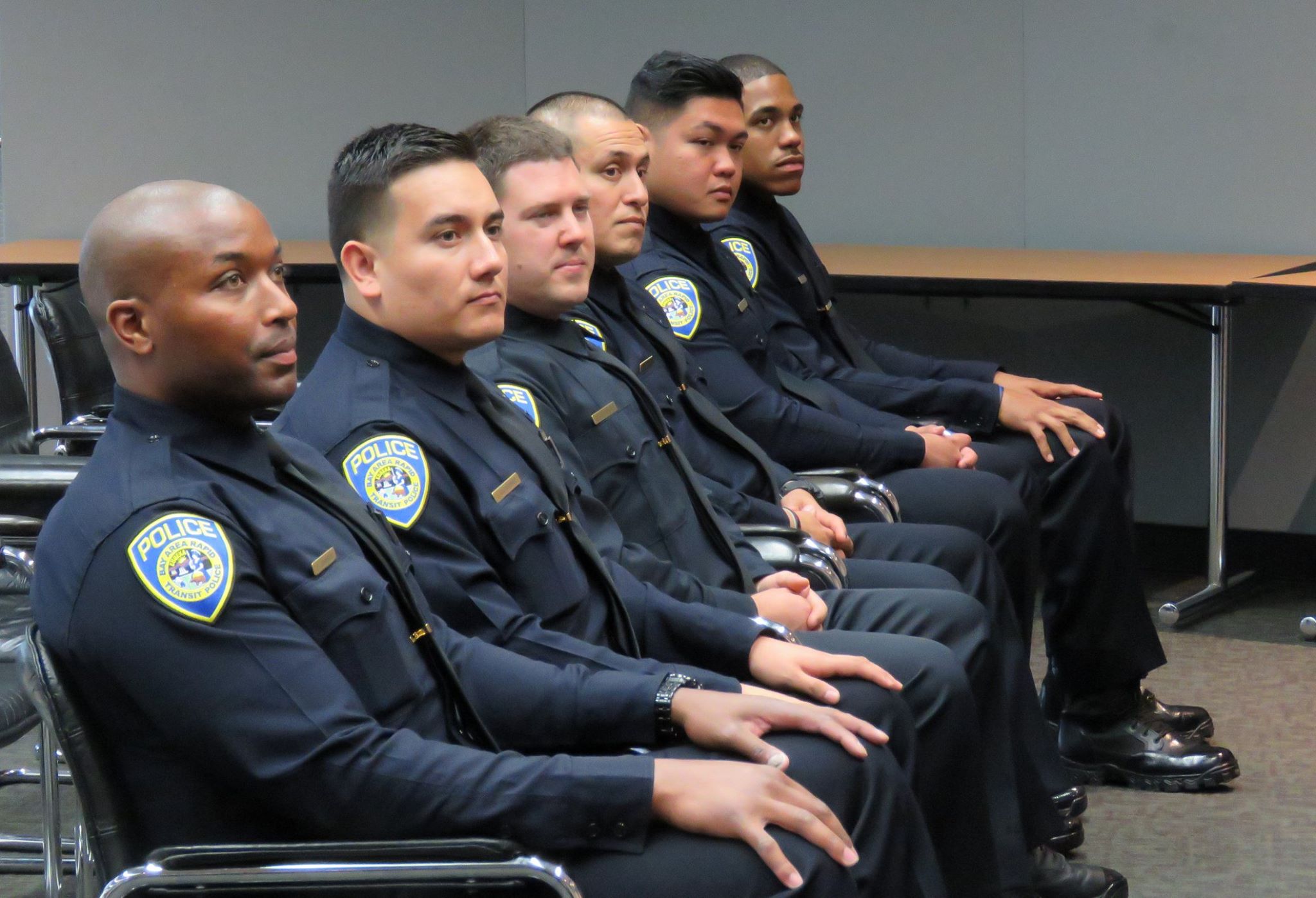 BART PD has been recruiting qualified candidates with new salaries and has streamlined its hiring process. BART PD is now offering a $15,000 hiring bonus for academy graduates or experienced officers. ($7,500 upon hire and $7,500 upon completion of the Field Training Program).

BART has committed to hire more police officers to ensure public safety within and around the system. The General Manager will propose adding 19 new police officer positions in the next fiscal year budget which begins July 1, a significant investment toward increasing police presence systemwide. 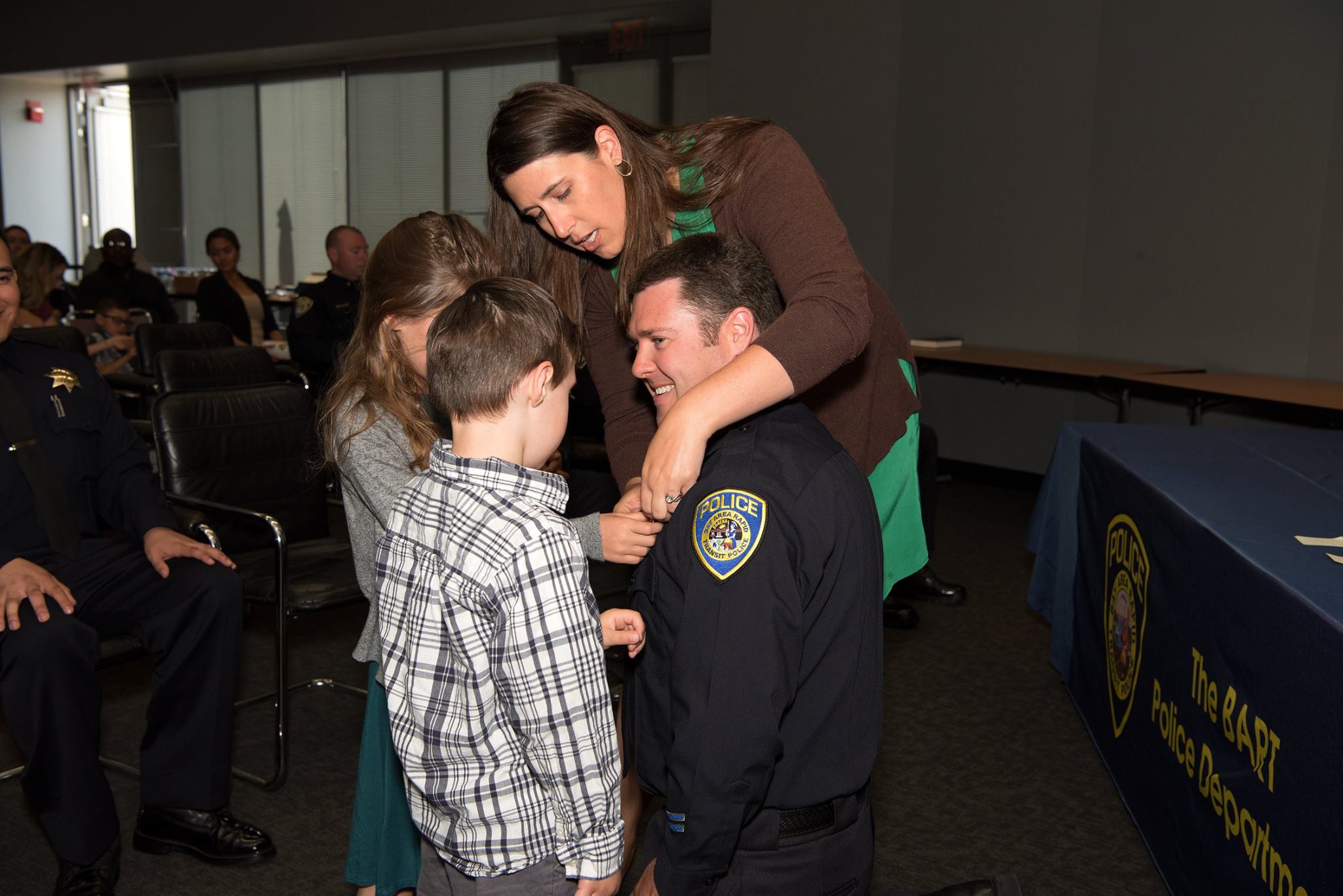 In December, BART Board of Directors approved a new four-year contract with BART’s police officers, agreeing to a labor package that brings its officers closer to average salaries in the Bay Area.