Fleet of the Future receives rave reviews from riders

Fleet of the Future receives rave reviews from riders

Our new Fleet of the Future trains have been rolled out and riders are giving the trains high marks for its new features and design.

The customer survey results were unveiled at the most recent Board meeting on May 23. The vast majority of features received at least 85 percent "Excellent" or "Good" grades.

Some of its most well-received features were the ease of on-board and off-boarding the train; lighting; audio announcements; floor-to-ceiling poles; comfortable air temperature; and digital displays. 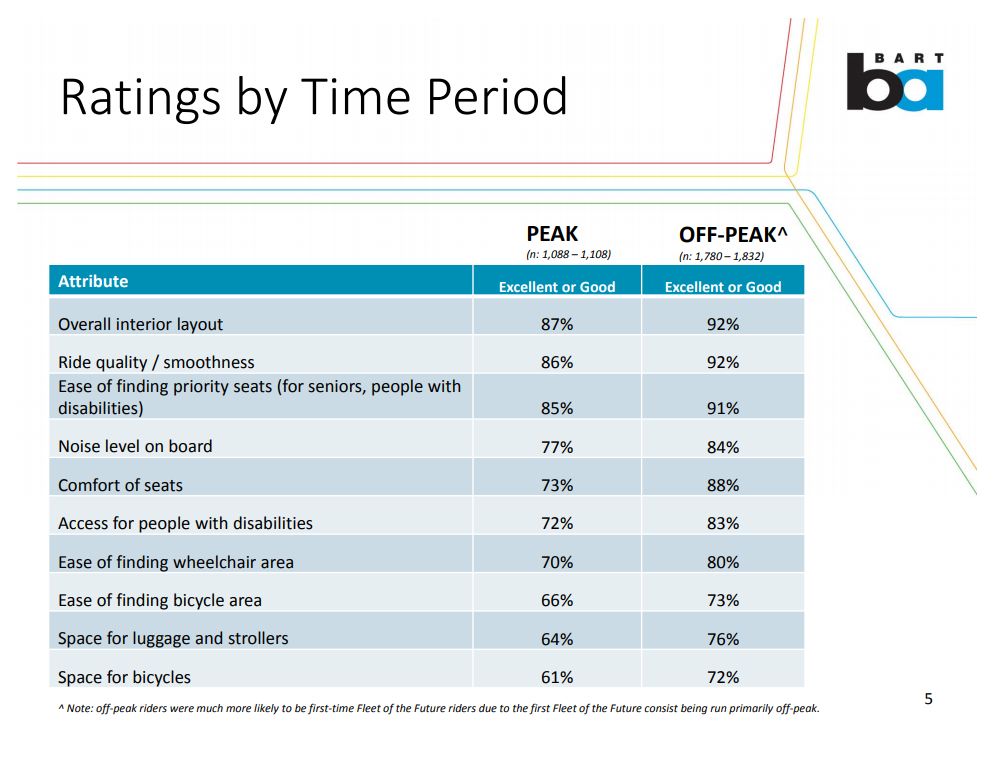 The surveys separated responses received during peak commute hours and off-peak hours and also compared the results for the Fleet of the Future trains and our older legacy trains. 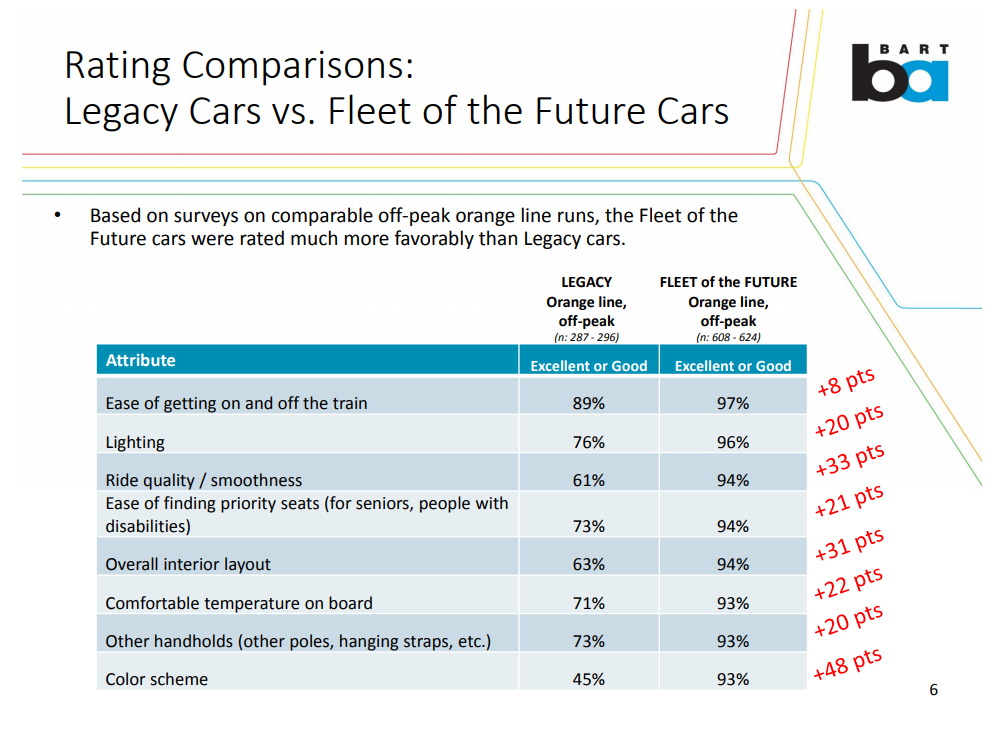 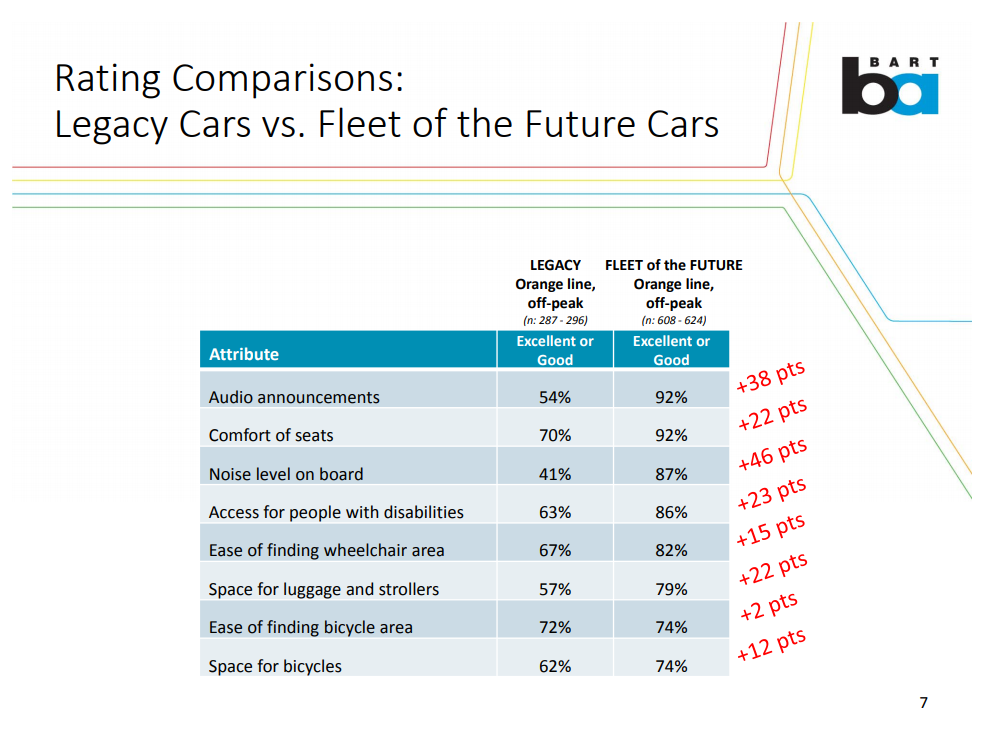 Based on on-board surveys of more than 3,000 BART riders, a decision has been made to include two bike areas on each new Fleet of the Future train car, the same as on BART’s older legacy cars.

While the bike areas result in fewer seats, having an open bike area at each end of the car:

With this change, the current order of 775 Fleet of the Future cars will have an average of 50 seats, compared to legacy cars which average 54.6 seats.

You can watch video of the board discussion about the survey results and the decision to include two bike areas at https://www.bart.gov/about/bod/multimedia (Click on the March 23rd meeting and select item D)

To read more on the features and the delivery status of Fleet of the Future trains, please visit our webpage dedicated to the project on bart.gov.