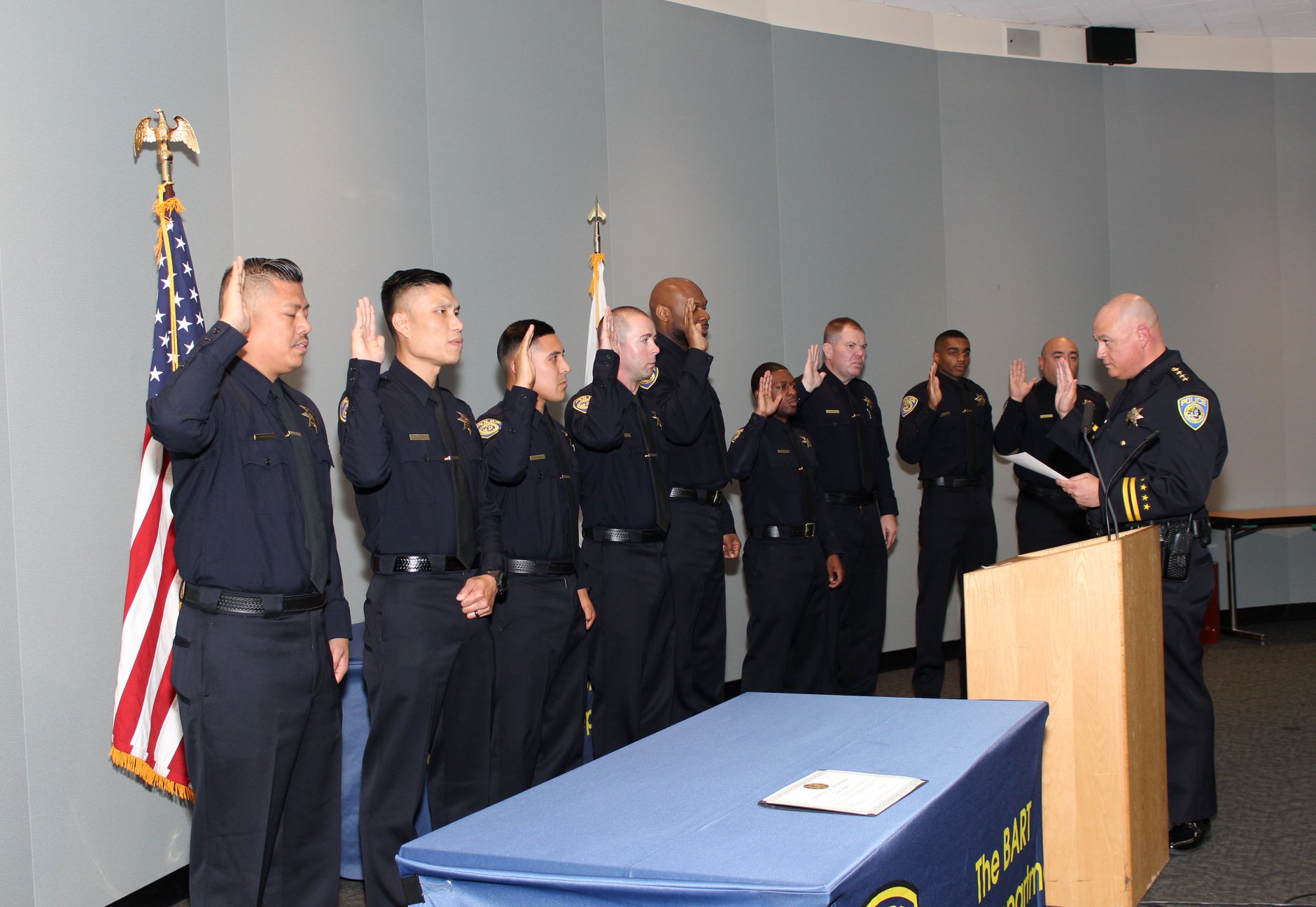 (Monday July 22 update: 2 more officers were sworn in today, bringing the hiring total to 33 for the year.)

The BART Police Department has already hired as many officers this year as it did in all of 2018 after one of its largest swearing-in ceremonies in recent memory.

Ten new police officers, four community service officers and the department’s new emergency preparedness manager Jodi Traversaro were all sworn in this Thursday, July 18, at an oath of office ceremony. Interim BART Police Chief Ed Alvarez was present to bring the newest officers into the ranks.

The ten new police officers were a mix between lateral officers from other police departments and academy graduates.

The BART Police Department has launched an aggressive recruiting campaign that builds upon a recent labor agreement that has made BPD a more attractive destination for potential hires. The contract includes wage increases that brought BPD closer to average salaries in the Bay Area.  The agreement also helped the department streamline the recruitment process by allowing BPD to hire outside contractors to assist with background checks for officer candidates.

BART PD has been recruiting qualified candidates with new salaries and a newly offered $15,000 hiring bonus for academy graduates or experienced officers. ($7,500 upon hire and $7,500 upon completion of the Field Training Program).

BART has committed to hire more police officers to ensure public safety within and around the system. The Fiscal Year 2020 budget, which was recently approved by the Board of Directors, will prioritize safety and Quality of Life issues and provide resources to hire 19 new police officers and four unarmed fare inspectors.

In December, BART Board of Directors approved a new four-year contract with BART’s police officers, agreeing to a labor package that brings its officers closer to average salaries in the Bay Area. 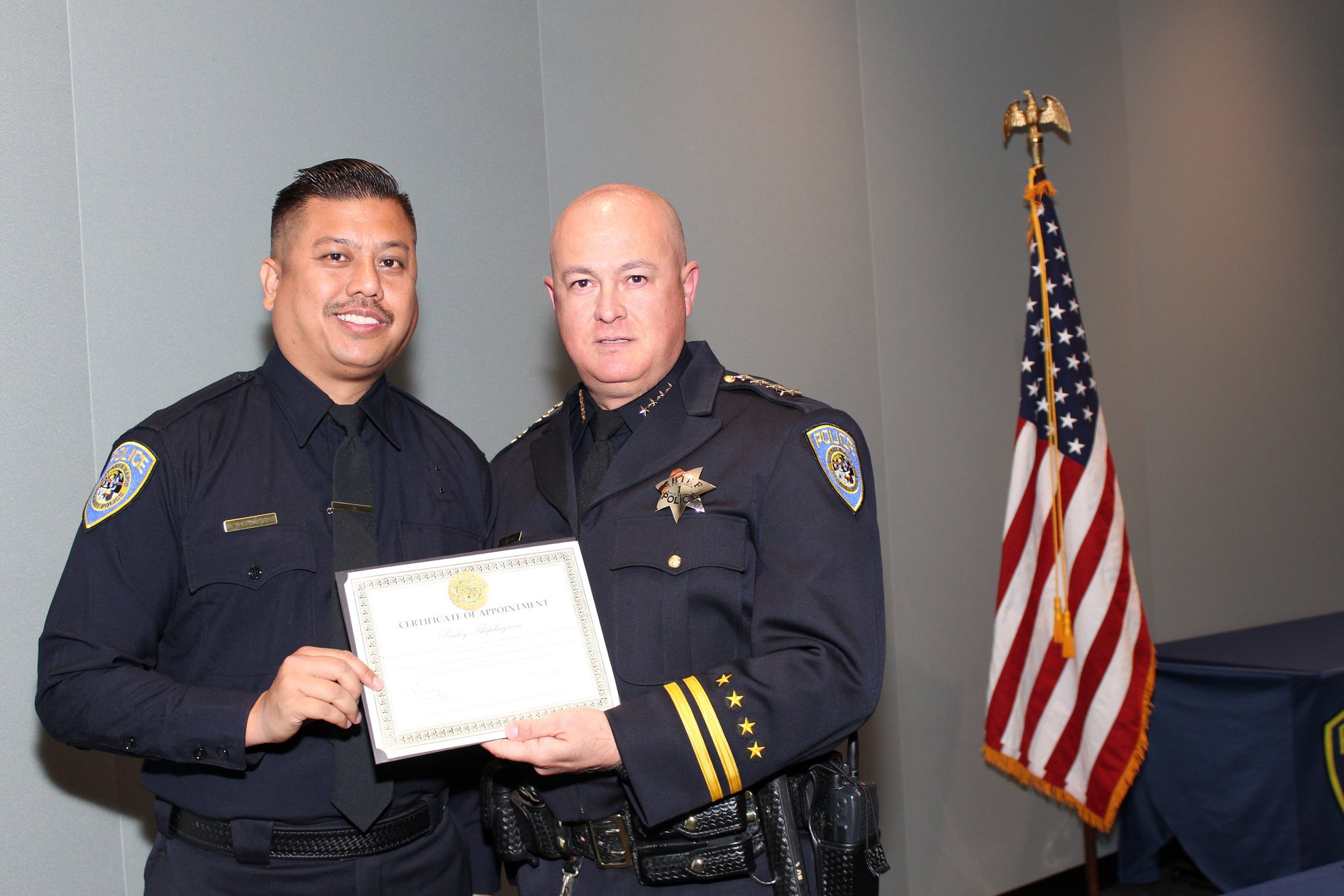 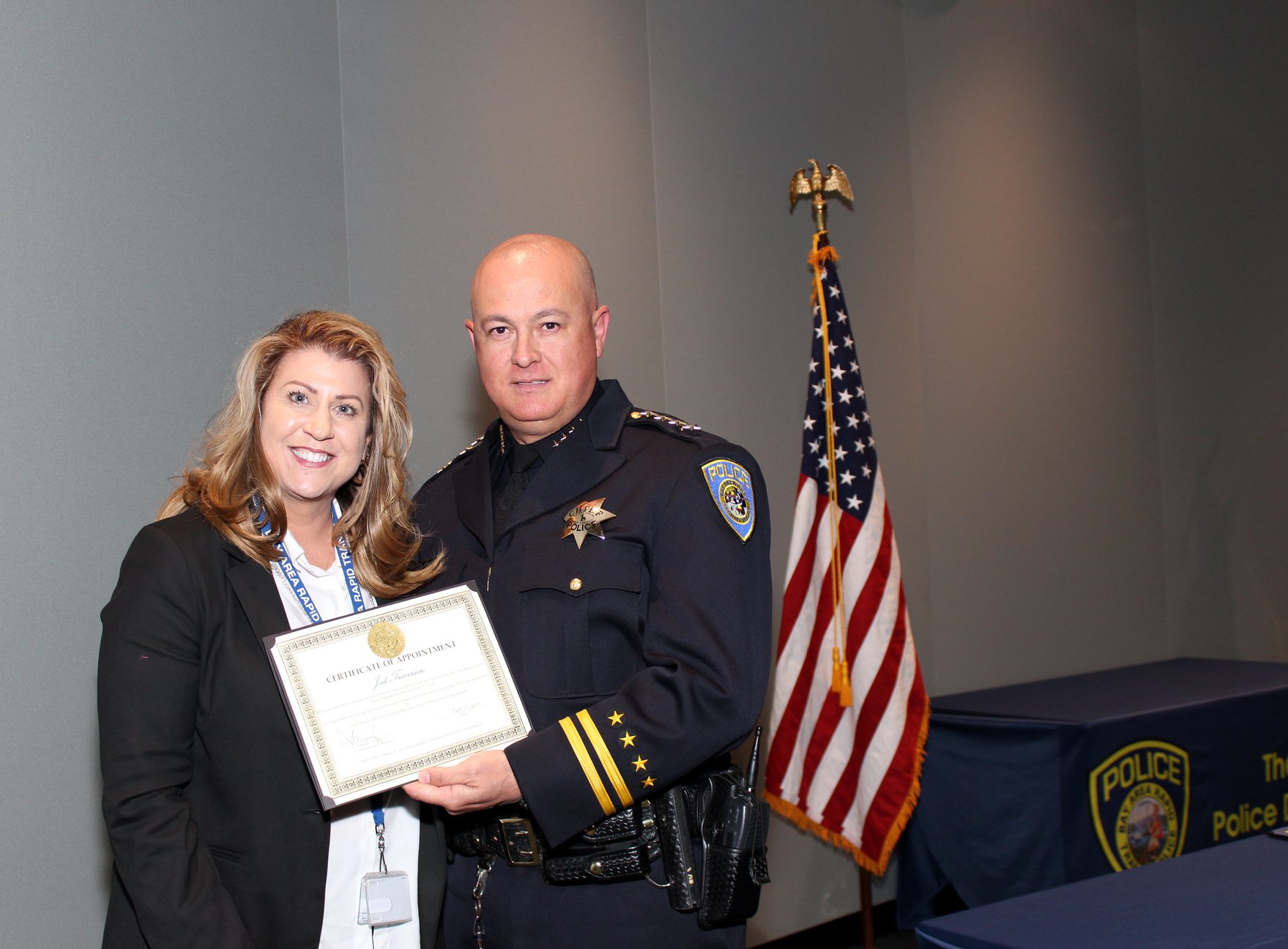 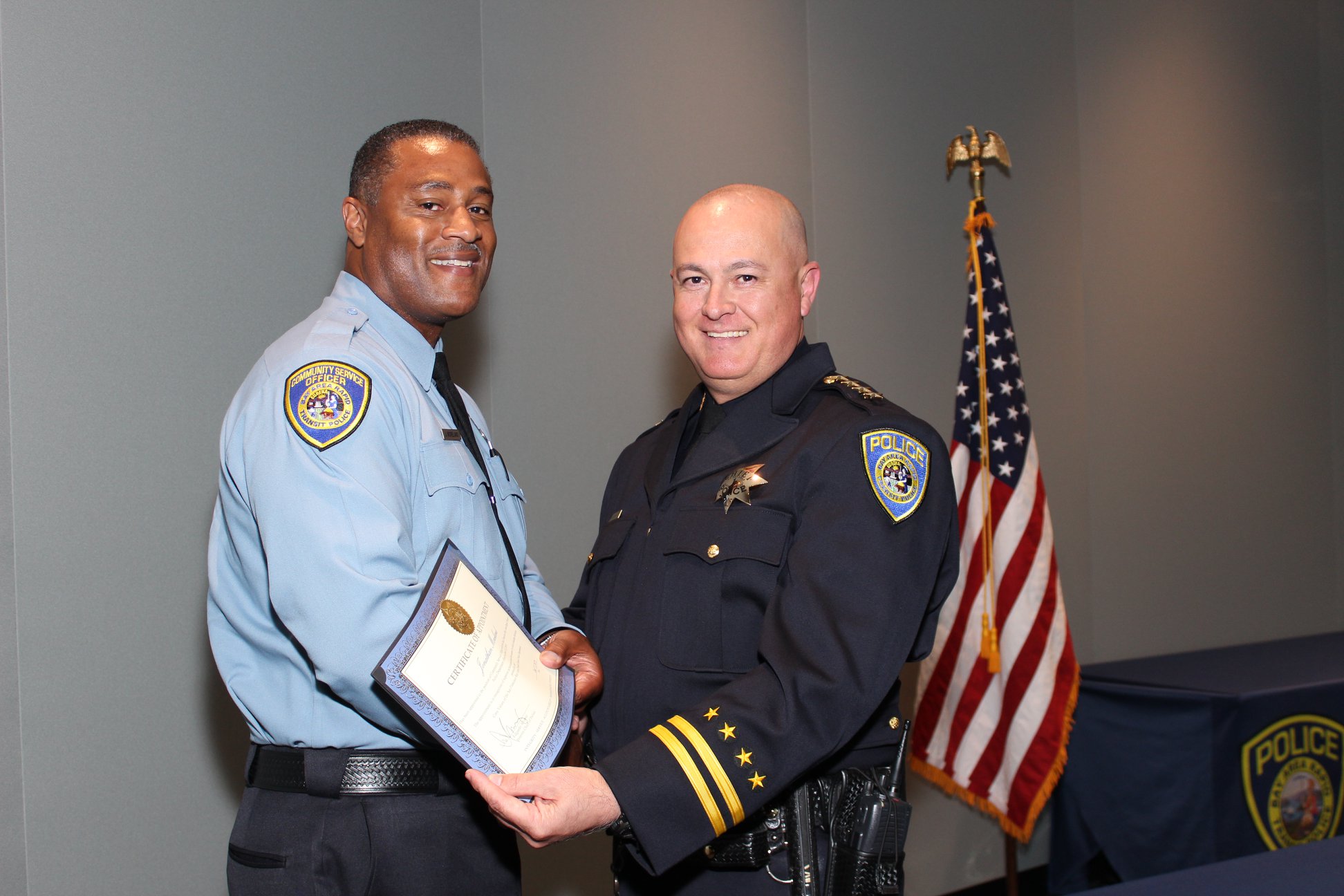