Portraits of women rail workers at BART, in their own words

Portraits of women rail workers at BART, in their own words 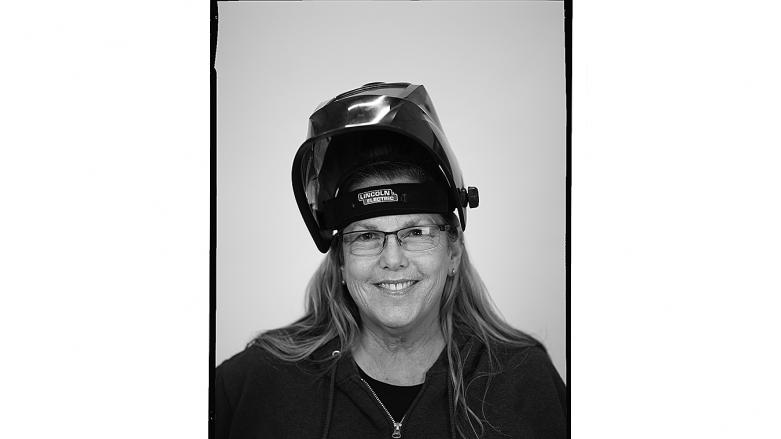 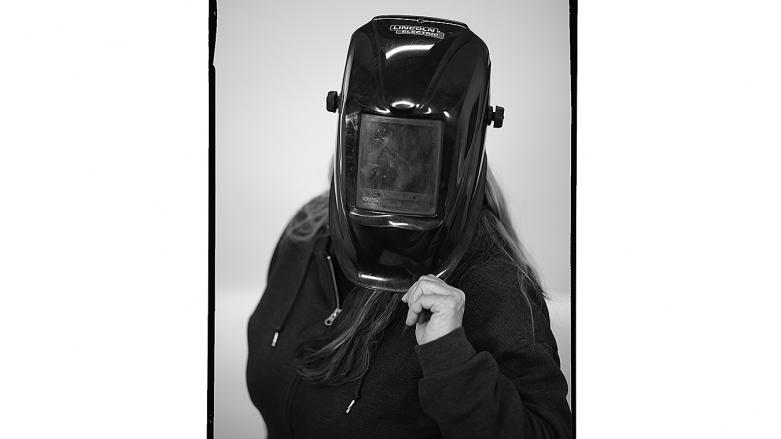 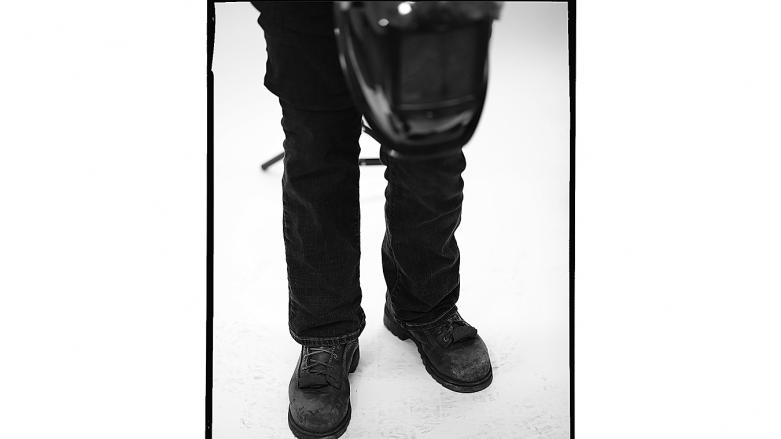 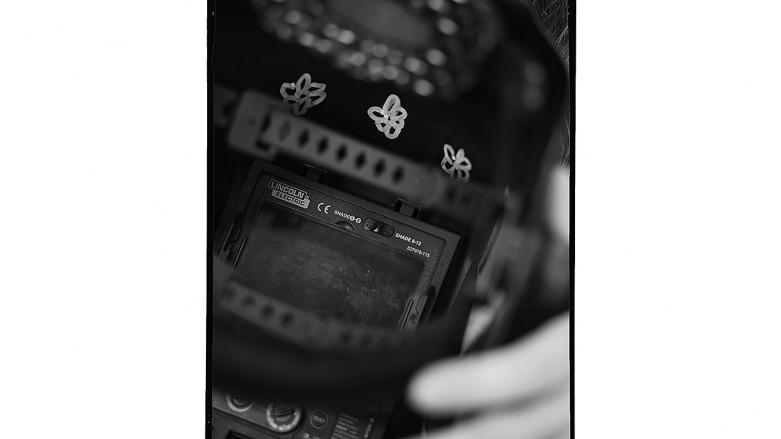 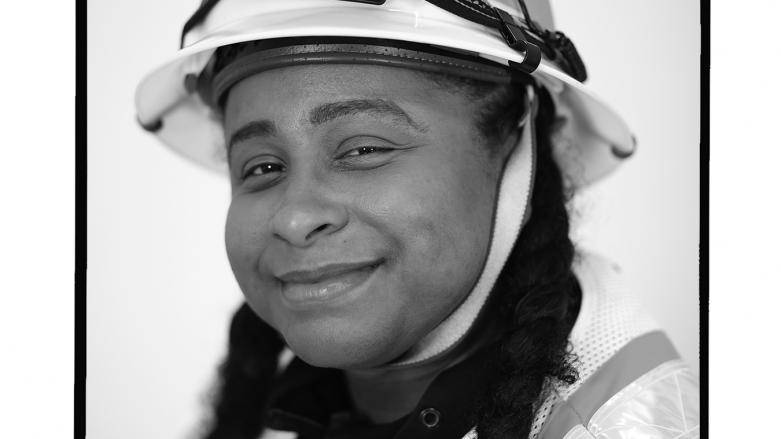 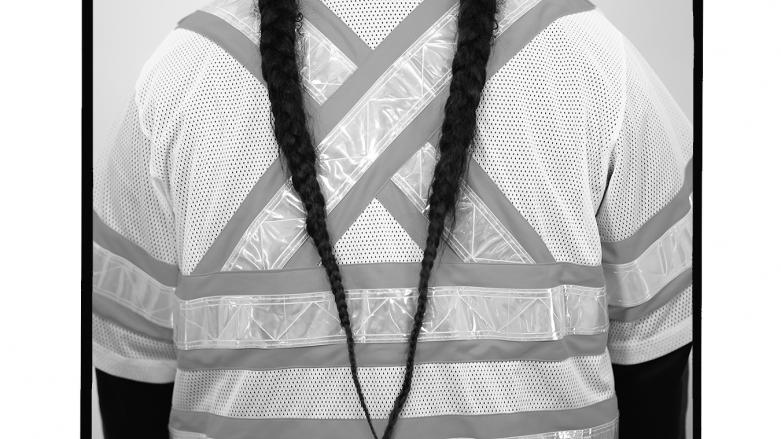 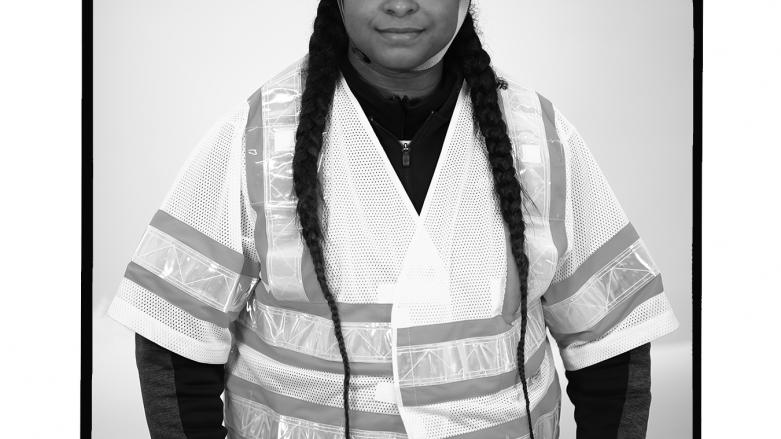 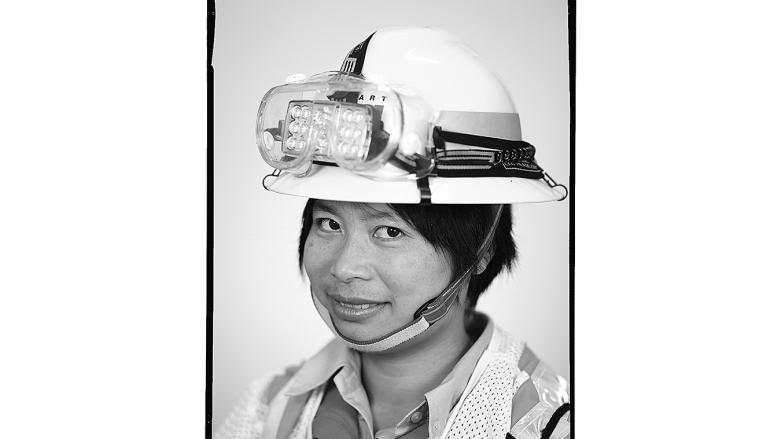 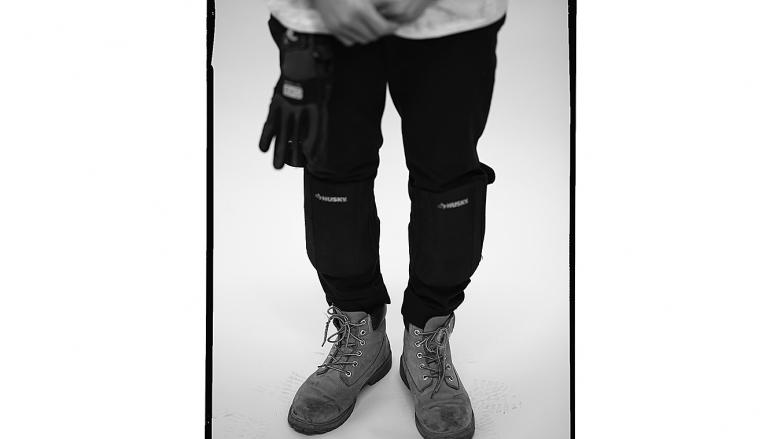 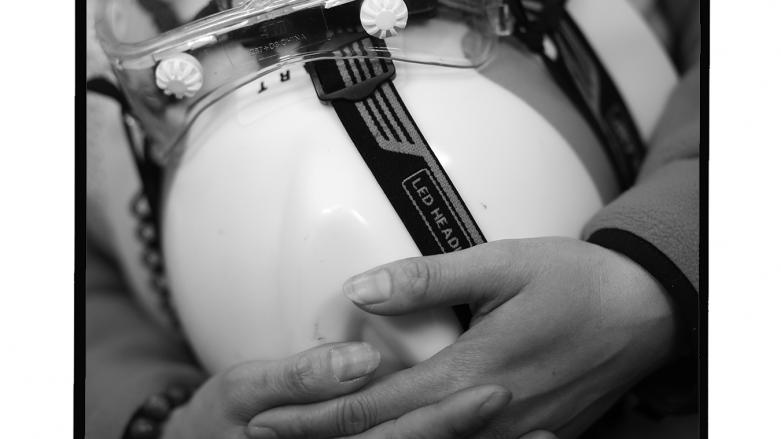 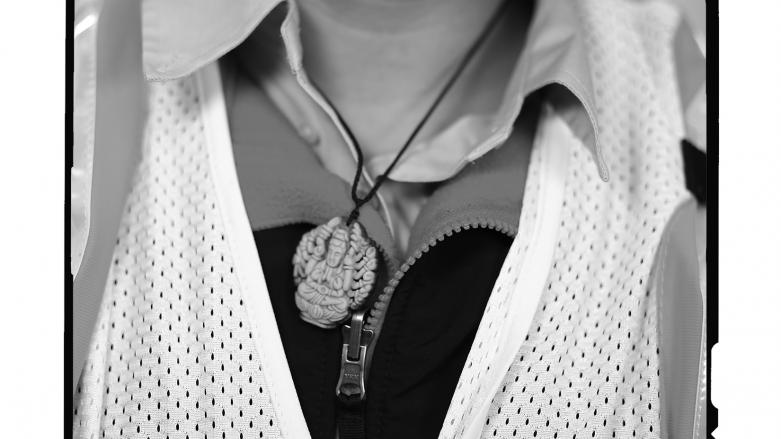 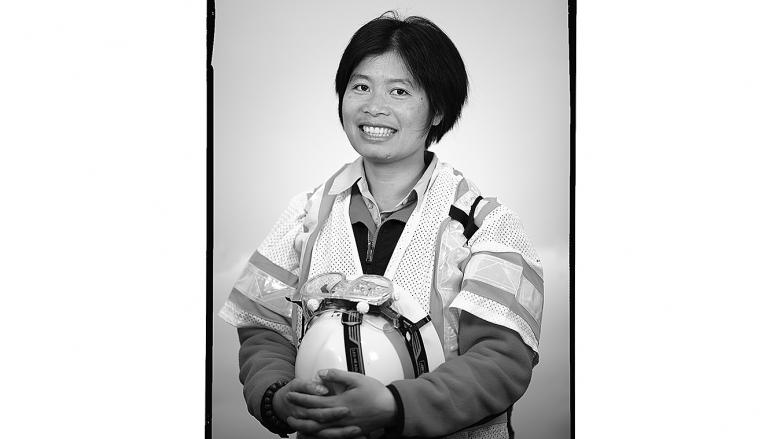 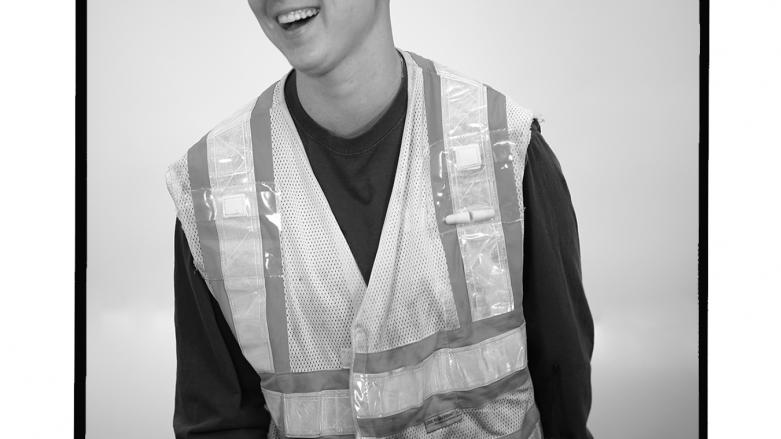 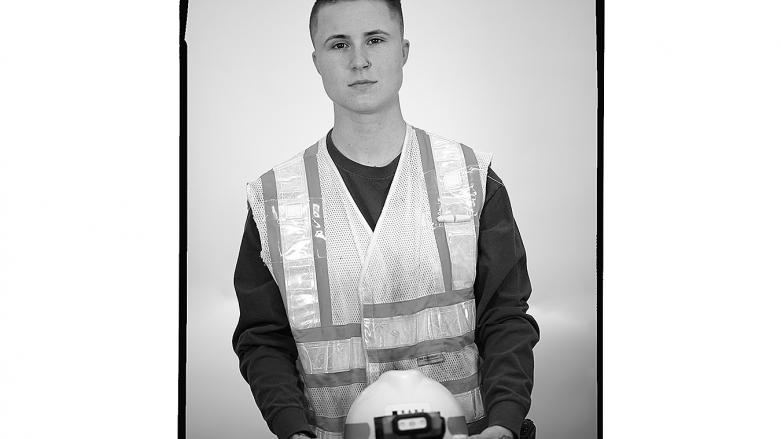 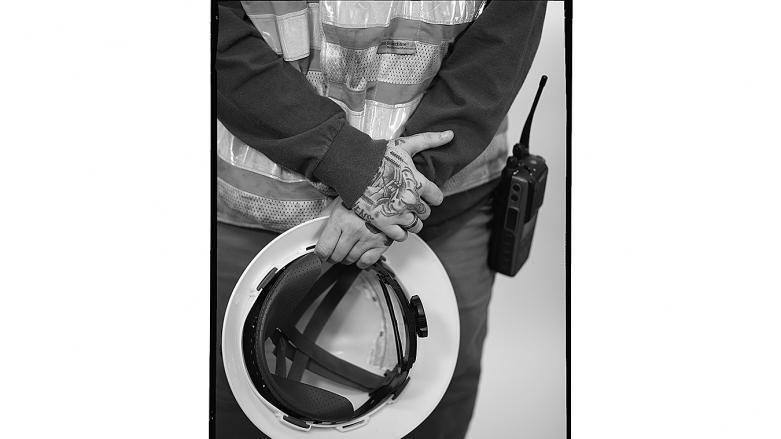 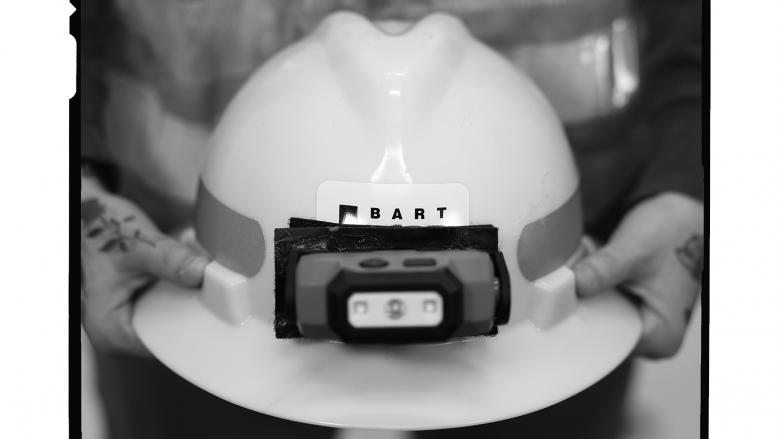 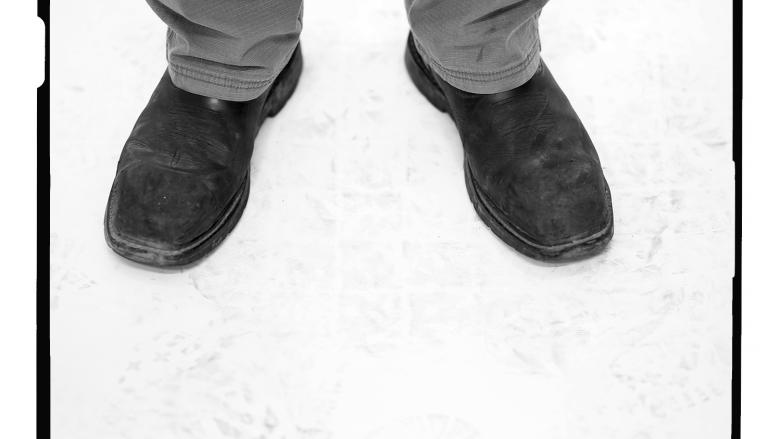 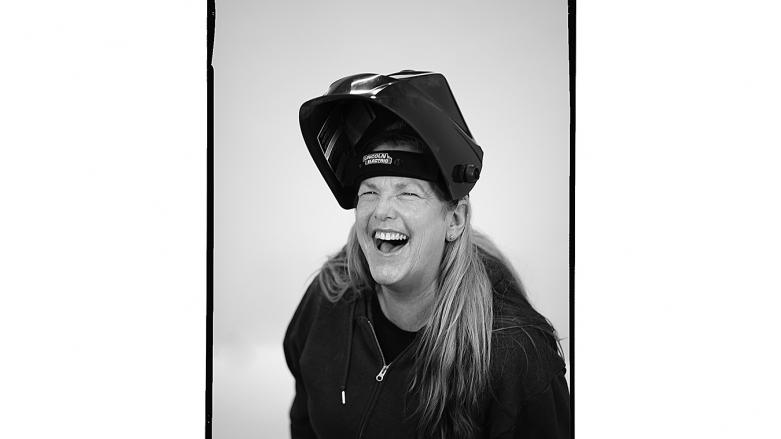 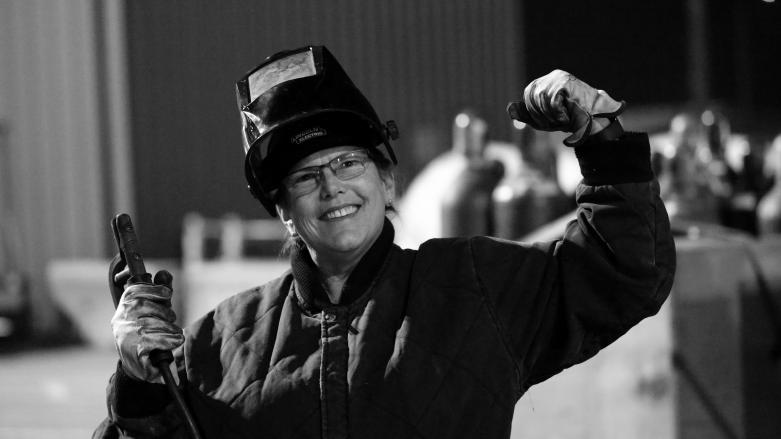 A small but growing number of women are entering the ranks of track and structure workers at BART, where they do the same strenuous physical labor as their male counterparts: swinging sledgehammers, welding rail and driving heavy equipment.

They follow in the footsteps of pioneering women who helped on the homefront during World War II, taking jobs in factories, shipyards and other trades, becoming icons like “Rosie the Riveter” and “Wendy the Welder.” Today, they’re not filling in for men away at war, but doing these jobs on their own merits, helping to rebuild the BART system infrastructure. We spoke with four of them one night before their graveyard shift. 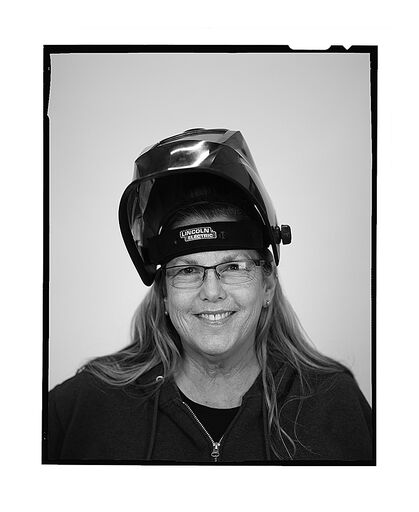 “I love my job,” said BART's Shelley Culloty. “I was the first female here in the track department. I started in March 2009 as a laborer and worked my way up to a welder. I came from Union Pacific, I had worked there for about 11-and-a-half years, and I had not worked with any other females there, either, so coming to BART was kind of natural for me. Working around all men, you have to have some thick skin. But if you work hard … you can come in and make a good life. I know it’s provided me a home and everything I could ever want for my children and my family.”

The work was physically demanding but it got easier as it went along, she said.

“I started digging ties, around 20-some ties a day, and worked up to 60-some ties a day. I was at the age of 49 when I started here, starting all over again, and I thought, 'Oh my God, can my body handle this?' And it did. I would go home and be worn out, but then I would come back again the next day to do it again. I’ve always been determined. Also, I was the self-supporting mother of two boys, so I had to do it. I started as a laborer and then a welding position opened up and I went for that." [Welding runs in the family; Culloty’s father was a welder and now one of her sons is as well.]

“When you first start, your muscles might be hurting. But you just keep coming back every day and you get a little stronger and a little stronger and next thing you know, you’re right in there with those guys. As you get stronger and stronger you become one of the guys and sometimes you surpass them. The really cool thing about BART is you have the opportunity to go into different areas. You can become an electrician, a train mechanic, an elevator-escalator technician. I say, ‘Go Girls!’ I’m so proud of these new girls who have come on.”

Thanks in part to workforce development programs with local nonprofit and community-based organizations, there are now four women track and structure workers (out of about 200 workers overall). Each has her own reasons for going into a field that remains male-dominated. All enjoy working with their hands and being out in the field moving around, not stuck behind a desk.

The “new girls” include two track workers, CanDace Goodspeed and Thu Nguyen, who trained at the Cypress Mandela Training Center near Fruitvale BART Station in Oakland. 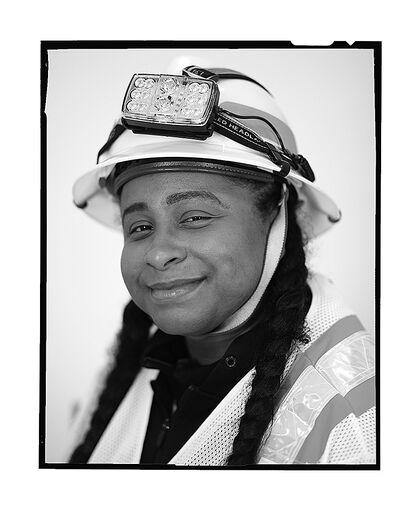 “It's been very exciting and interesting,” said Goodspeed, who joined BART in February 2020.  “I started at BART through Cypress Mandela’s pre-apprenticeship program for construction workers. They introduced us to BART, and that's how I got interested in becoming a track worker."

“I'm happy to be here, happy to meet new people, new faces,” she said. “For women who are looking into BART track work as a job,  I'd say, be prepared to work hard, be prepared to get dirty, be prepared to know tools, to do a lot of material handling, carrying things back and forth from the truck."

"Be prepared to put your time in and prove yourself.”

“You've got to be tough out there because you're working in a male-dominated area, so you have to show that you can do the job just as well as they can.” 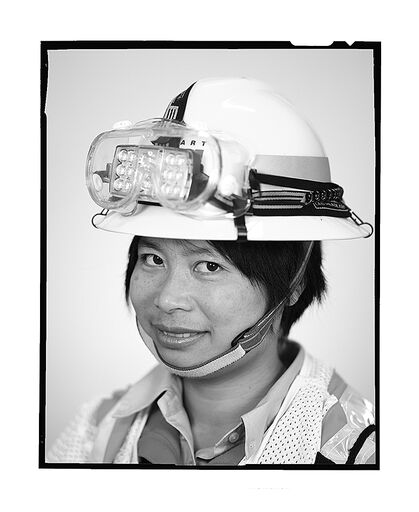 “My name is Thu Nguyen. I started with BART in February 2020. I came through the training at Cypress Mandela and I'm a track worker now. I'm so happy, because I know I can do the job. I feel like whatever the men can do, I can."'

"I believe in balance, and women are part of the puzzle, contributing to the team. We are yin and yang. Women can do hard jobs. If you are willing to learn and willing to do the job, you can be part of what makes the team work.”

“We've been putting pads down for track, changing out pads, checking the track, taking all the old material out. Whatever the next step is, I work hard to be prepared. I'm very happy to be working here at BART."

“My name is Taylor Johnson, I’m one of the first women in BART’s structures department. I’m an operator, I operate equipment and trucks, on rail, off rail. In my department we do a lot of maintenance --  maintenance on tracks, platforms, all the things that the public uses on a daily basis.” 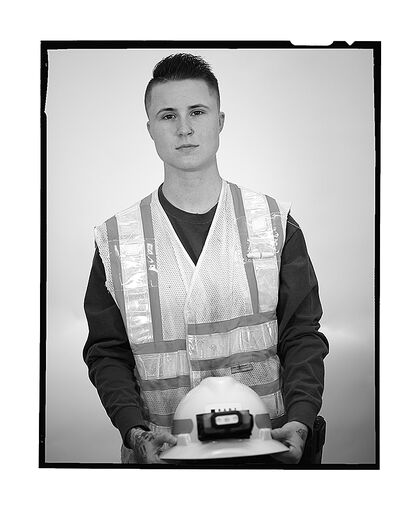 “I’ve been here since December of 2017. I’ll be 25 pretty soon, so I’m still pretty young. My message fo­r women is, there’s strength in not only numbers but also strength in individuality."

"There’s a lot of jobs you can do on your own. You don’t need so much to ‘fit in.’ You can be yourself and do your job and be just fine. There’s no need to be one of the boys to work at BART. So, come as you are, and work as you do.”

Editor's note: These interviews and photographs were conducted and taken in early February 2020 before coronavirus shelter-in-place orders were issued. The workers posed for portraits at the start of their graveyard shift before heading out to work on the tracks. They are among the many dedicated track workers who are rebuilding the BART system infrastructure thanks to the Measure RR bond passed by voters in 2016.