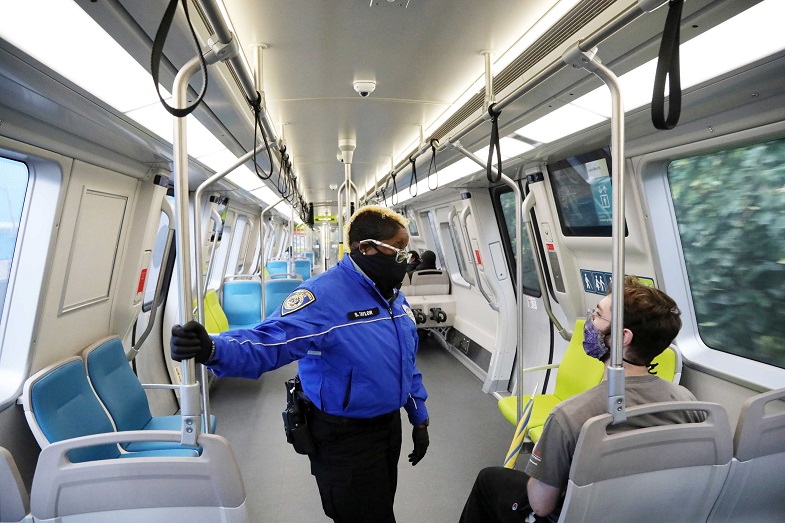 Ambassador Sequoia Taylor talks with a customer on a train

The word “ambassador” derives from the Latin ambactus, which dates to the 14th century and means servant or minister.

BART Police’s Transit Ambassadors mark their first anniversary on the job today. They are public servants, ministering to the needs of passengers on BART train – offering free face masks, giving safety tips, helping with directions, connecting those in crisis with services.

And they are making a difference.

“Having additional uniformed personnel has been received very well by our riders and employees,” said Deputy Chief Angela Averiett, who heads the Bureau of Progressive Policing and Community Engagement, a new unit created by Police Chief Ed Alvarez last year. “They are the face of BART out there interacting with the public.”

Since the start of the program, Ambassadors have made more than 12,000 educational contacts, the highest number of any type of contact. They checked in with nearly 10,000 people on platforms and handed out more than 1,000 masks to members of the public who needed one. In only a fraction of contacts, 132, did they need to contact a Police Officer for assistance.

The Ambassadors are part of a larger shift within BART Police to find new approaches using unarmed personnel to respond to people in crisis, such as mental health emergencies, drug overdoses or the unhoused population. With additional crisis intervention specialists yet to be hired, there will be an infusion of 40 additional positions in total, all devoted to train presence. 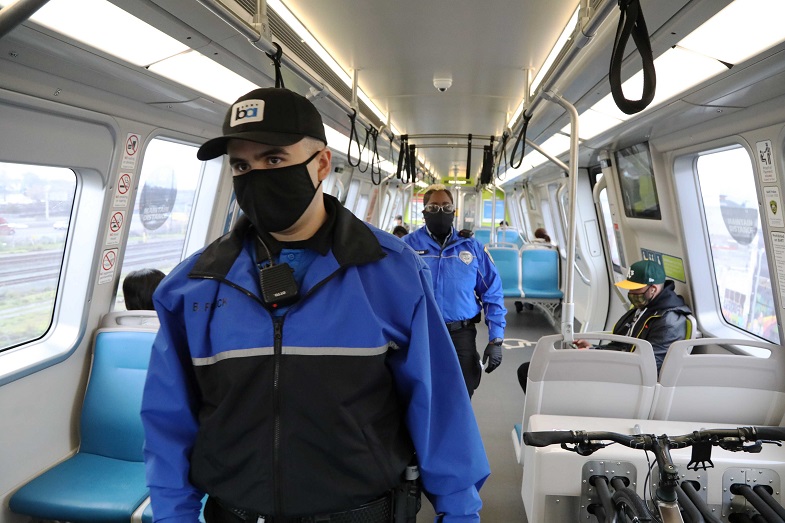 “With just that one piece of the Ambassadors, that alone is a huge accomplishment,” Averiett said. “I can’t wait to see the impact in our system when we have all of these positions in place.”

Like a diplomatic corps, the Ambassadors speak a multitude of languages – Spanish, Chinese, Tagalog, Cambodian, Farsi – and they are dedicated to communication, education and presence.

Ambassador Brandon Fenwick’s Spanish language skills proved lifesaving one day when he and his partner persuaded a man who was experiencing a mental health crisis to get out of the trackway at Glen Park Station.

“The Millbrae train was just 1 minute out, and he didn’t speak any English,” Fenwick recalled. “We were able to get him out of the trackway just in time.”

Fenwick was part of the original group of 10 Ambassadors who started their work on Feb. 10, 2020. 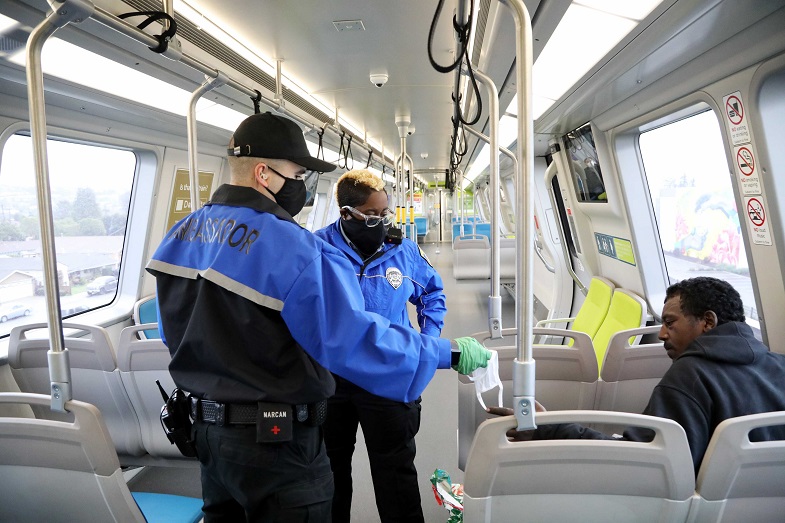 Fidel Escario said he wanted to be an Ambassador because the job involves working closely with the public and has an immediate positive impact.

“We help people and answer their questions,” he said. “If they don’t have a mask, we give them one. We see a lot of things.”

The Ambassadors are trained in de-escalation and anti-bias techniques and carry radios to call for backup from a BART Police Officer if needed. Escario recalled one situation on a train when a man was exposing himself and cursing at Ambassadors; they radioed for backup and Officers arrested the man. 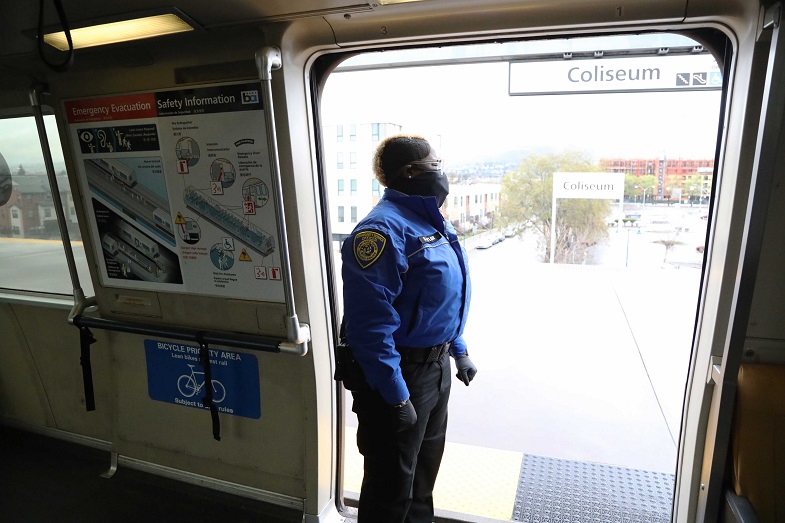 Sequoia Taylor joined the ranks of the Ambassadors just last month in January 2021.

“I grew up in Oakland,” said Taylor, who has seen firsthand the issues that can result from disproportionate policing impacts in Black and brown neighborhoods. “You’ve got to treat people with respect. You can convey so much just with how you carry yourself, your demeanor.

Two of the original Ambassadors have moved up into other positions within the BART Police Department, showing the path of upward mobility that can be available for workers starting in the entry-level Ambassador roles.

“We have a lot of good interactions with riders,” Fenwick said. “They’ll say ‘thank you’ or give us a thumbs-up.”

The Ambassador Program won an Innovation in Public Safety Award from the national foundation Transit Center in 2020.