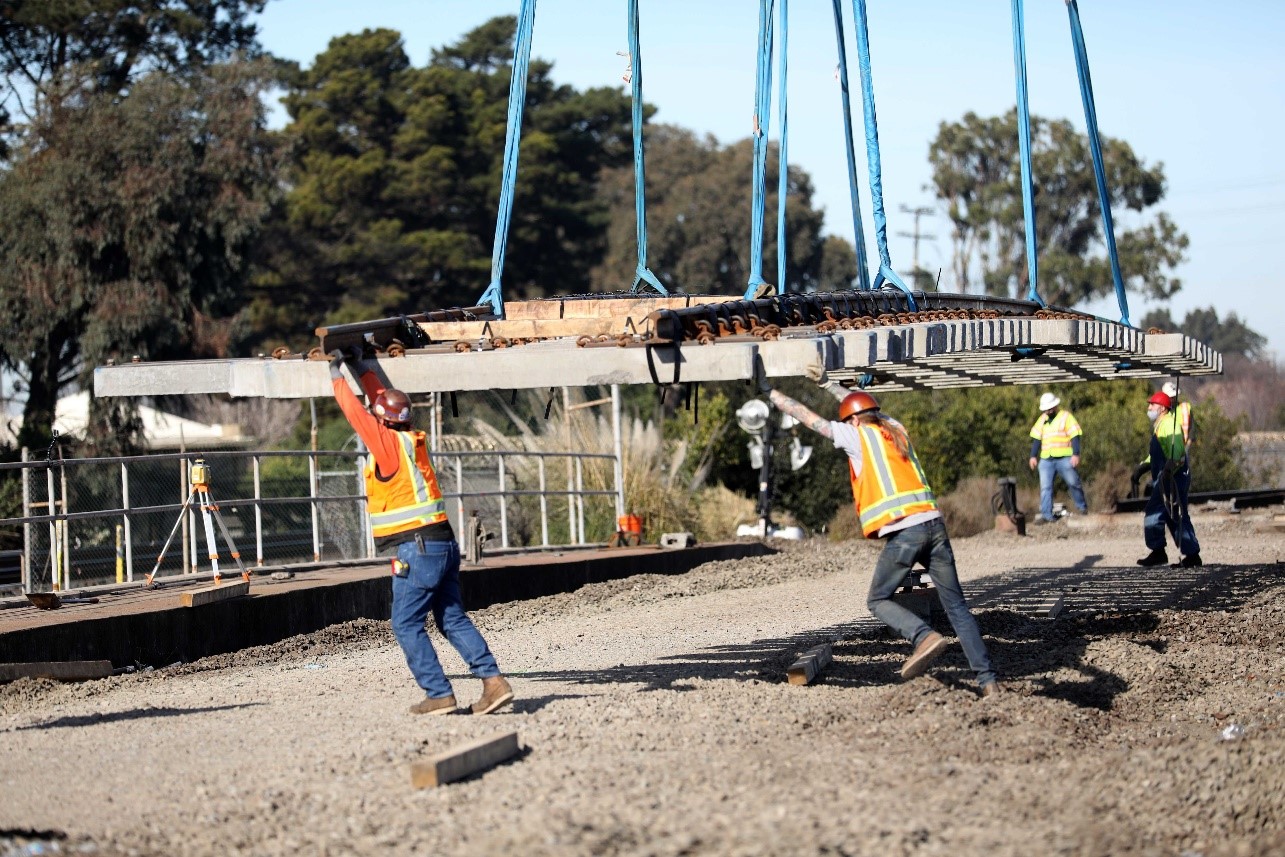 Workers guide a section of track into place as it hangs from a crane by Richmond Station. Photo by Maria J. Avila

Across the 131 miles of track and 50 stations of the BART system, Professional Engineers are working every day to deliver on our mission of safe and reliable public transit for the Bay Area.

This week, the National Society of Professional Engineers holds its annual Engineers Week to raise public awareness of engineers’ positive contributions to quality of life. Held every year since 1951, Engineers Week is also aimed at encouraging youth to pursue careers in engineering.

BART General Manager Bob Powers, a licensed Professional Engineer with degrees in civil and structural engineering, said his training and experience help him to be a more effective leader.

"My background as a Professional Engineer allows me to be a good listener," Powers said. "I'm able to grasp the technical concepts, how our system fits together, and then I can really focus on the person and what help they need to accomplish the goal. I'm constantly impressed with the BART engineering staff."

Five key engineering projects underway now are a major track replacement near Richmond, led by Linda Lee; a station hardening project led by Girish Koli; a tunnel repair project led by David Greenaway and Raymond Lai; platform edge tile project led by Travis Huang and Catalina Espino; and Civic Center stairs project led by Kevin Reeg. All of these projects are possible due to full or partial funding by the Measure RR bond approved by voters in 2016 for safety and reliability projects. 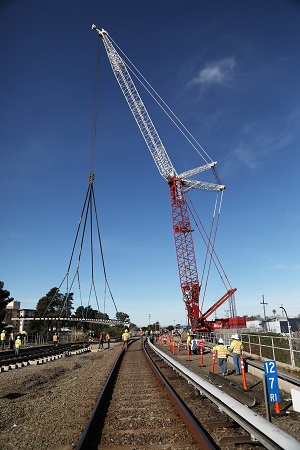 “My role is to make sure everything goes smoothly,” said Linda Lee, who is Project Manager on the massive Richmond project still scheduled for two more shutdown weekends this winter. BART is using down time during the coronavirus pandemic to accelerate infrastructure projects.

“We did it in-house,” Lee said, including design and construction. “Working together with so many different stakeholders, from purchasing to construction to maintenance, bringing everyone together to get it all done was a pretty big lift. It required a lot of orchestration.”

Speaking of big lifts – the Richmond project involved the largest crane ever used at BART, 153 feet and 10 inches in height, a gargantuan machine capable of lifting the crossover tracks, known as an “interlocking,”  into the air and setting them into place. (Image of crane at right by MARIA J. AVILA)

The interlocking functions like an intersection for cars, allowing trains to safely move from one section of track to another. BART has successfully completed similar track replacement in Oakland, Concord, Lafayette, Orinda and Hayward.

“Our team is very experienced,” having done several of these interlocking replacements over the past few years, Lee said. “Working together has helped us to build the team. Everyone knows the drill now, and that consistency has been very impressive.” 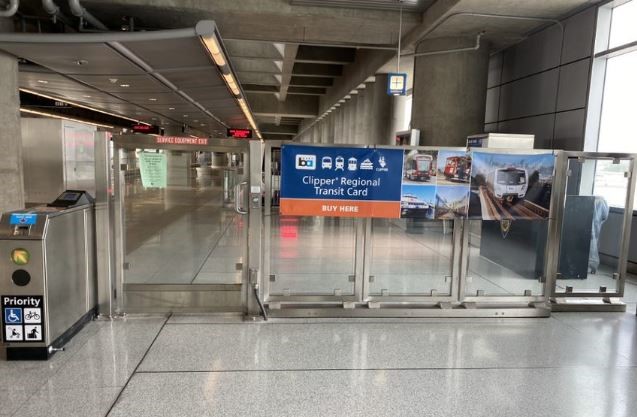 More secure barriers, like this one at SFO Station, are part of station hardening efforts.
Photo provided by Girish Koli

Girish Koli wanted to be an engineer since he was a young boy marveling at massive bulldozers on building projects. He came to BART about two years ago and is currently serving as Project Manager for an extensive, multi-year station hardening effort to increase safety and security.

“We have engineers from many disciplines collaborating around a common goal,” Koli said of the project,  which is funded by Measure RR along with other operating funds.

Before joining BART, Koli had the idea it would be “old-school,” a slow-moving bureaucracy. He was pleasantly surprised to find a nimble team. “It was not at all what I expected,” he said. “There is a lot of innovation and collaboration among the staff with extensive knowledge of the industry.”

For example, he said, his team members made a site visit in early February to assess an issue at Fremont Station with a blind spot in the layout. “We did measurements during the field visit, came up with a design solution and plan to address the issue,” he said. “Something like that would have taken six months to a year” to troubleshoot in many organizations, he said.

Koli is leading the effort to raise railings, replace existing unlocked service gates with locking buzz gates,  and reconfigure a few areas where elevators can be used to bypass faregates, all of which will enhance security.  “It’s very rewarding to be able to bring things from design to reality, and to help people feel safer taking BART,” he said.

This work also is a prime example of the coordination and collaboration between the different maintenance and engineering disciplines at BART. 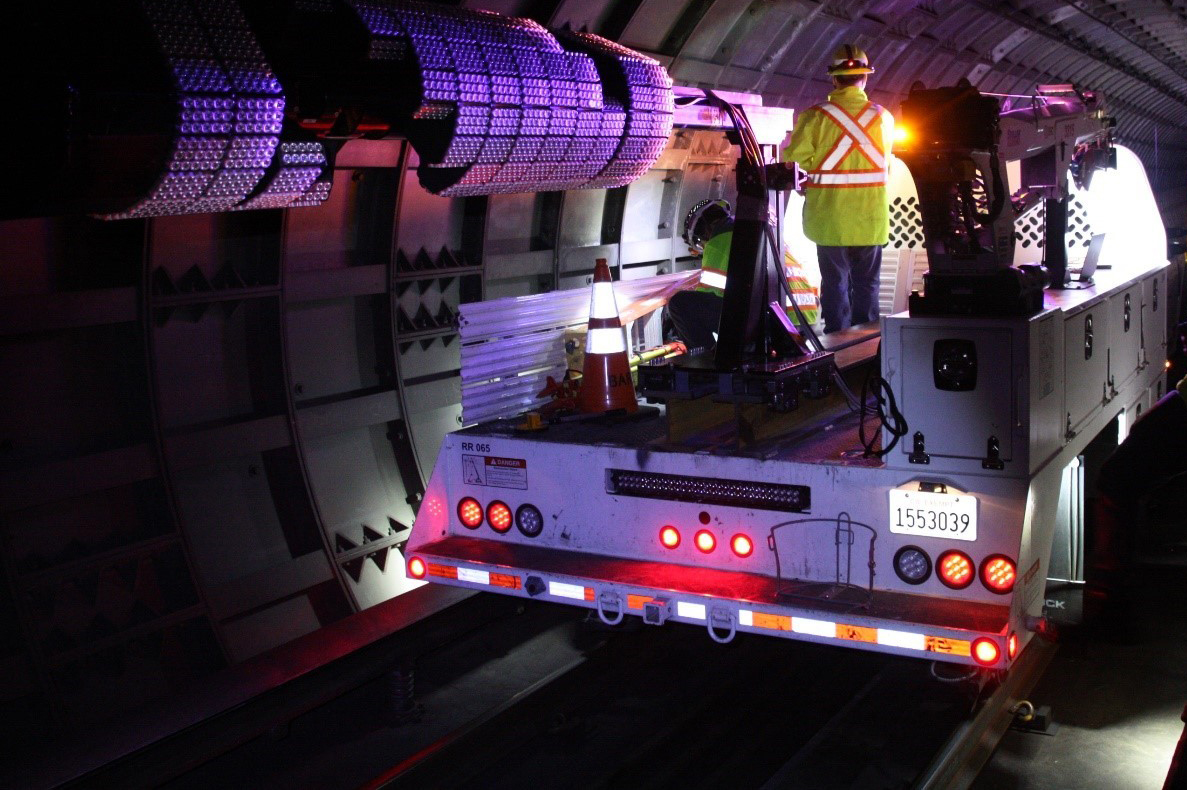 The BART system has miles and miles of underground tunnels. In some areas, such as underneath downtown San Francisco, water intrusion is a fact of life. BART engineers are using cutting-edge 3D measurement tools to assess conditions in tunnels. By making measurements quickly on site,  BART can reduce the impacts on passenger service.

David Greenaway, a Professional Engineer and Project Manager for the tunnels project, said the high level of detail in the 3D modeling can be used to identify tiny cracks so that they can be repaired before spreading.

Raymond Lai, Professional Engineer, who is assisting to manage the project, said LiDAR (light detection and ranging) and photogrammetry technology is used in making scans to identify very small cracks, pinpoint their location and assess their severity.

“It’s interesting to work at BART because we have so many different types of structures that create different challenges,” Lai said. “It’s fascinating. 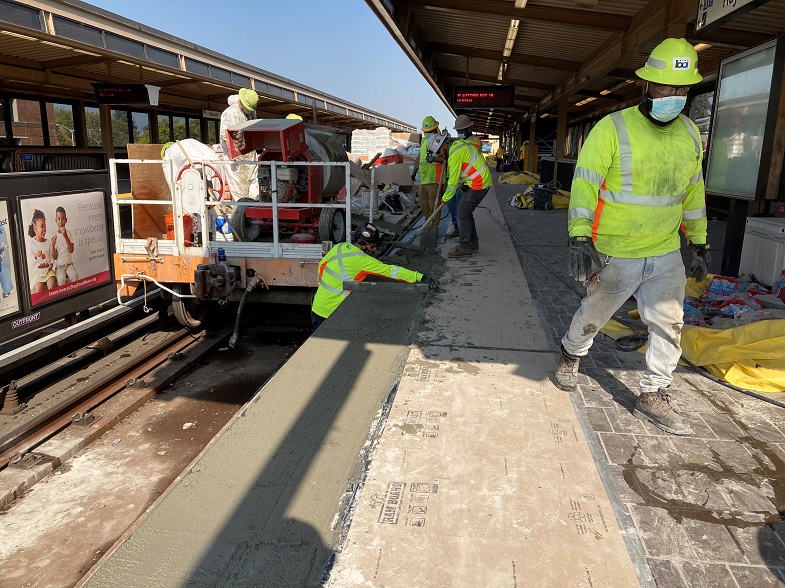 BART is systematically replacing platform tiles and edges to help people with disabilities navigate the platform. The old, truncated-dome yellow tiles in some stations exposed to the elements are worn down or not in the proper orientation for current Americans With Disabilities Act standards.

“These tiles do break down, especially ones that are outside,” said Travis Huang, Professional Engineer and the Project Manager.

The old tiles were also hard to replace. Set with mortar, they had to be jackhammered out. The new tiles have fasteners on the bottom in an easy-to-repair modular design. “You can just pop them in or out, without having to use a jackhammer and cause more disruption,” Huang said.

“We’ve had to do emergency fixes,” Huang said, which are disruptive to service. Instead crews are piggybacking on projects where there are planned track shutdowns, allowing them to do the most possible work in with the least impact to service.

“We have to be really creative in how we approach this work,” he said. “It helps that BART has so many engineers in different disciplines. If we ever get stuck on a problem, we come together and make pitches, we are our own sounding board, and we find a way to solve it together.” 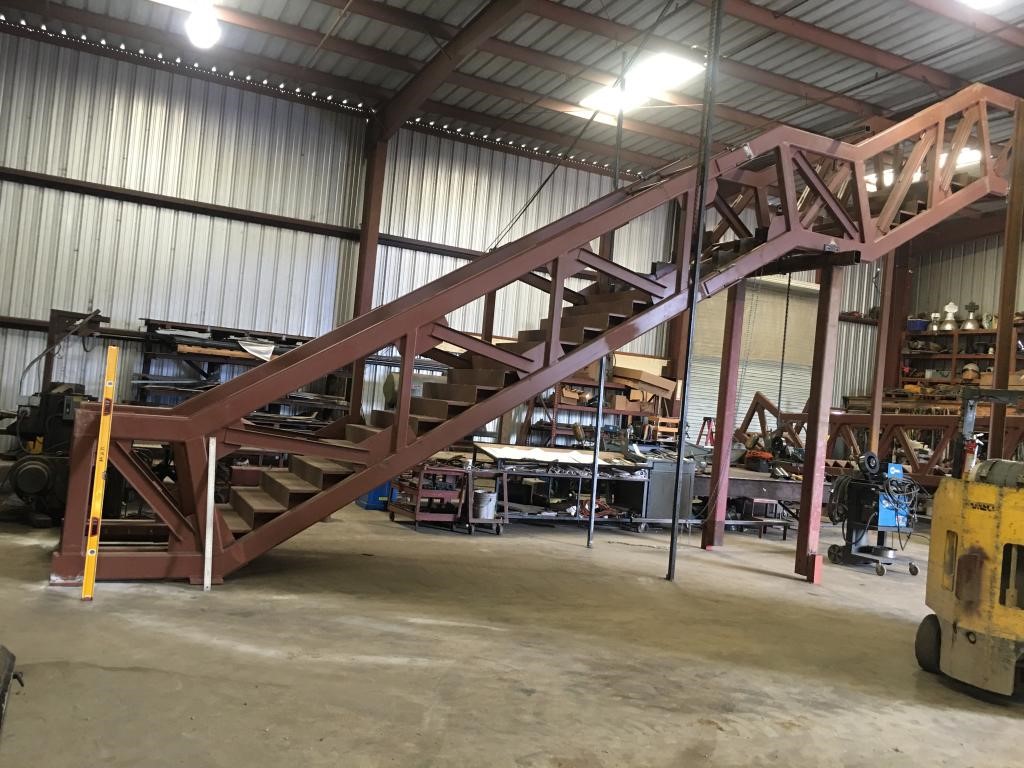 This unique project taking place at Civic Center Station posed a number of tricky problems for the engineers pulling it off: adding two brand-new staircases in an existing station concurrent with ongoing train operations.

The new staircases are needed to meet current code for emergency exit requirements, which mandate how many exits are needed to clear the station in a major emergency situation. With little room for new construction, a creative solution was required: The staircases will be “scissored” (from the shape of  half-open scissors) with the existing staircase at both ends of the station.

“It’s a challenging project,” said Construction Engineer Kevin Reeg, the Project Manager. “These stairs will cross the other set at the midpoint, creating scissor stairs.”

Besides adding more exits for emergencies, the two new staircases will ease congestion during the regular rush hour, too, as system ridership rebounds with progress against the coronavirus.

There’s extremely limited space for construction, which necessitated having the stairs fabricated off-site, to be dropped into their locations sometime this spring when the project is finished.

“The structural steel is coming in in big chunks on the Muni level, and we’ve had to do a lot of coordination to make that happen,” Reeg said. BART will use a specially configured high-rail trailer-type vehicle that, for the first time in memory, will have dual sets of wheels – one set for the standard-gauge of Muni rails and another for BART’s unique gauge.

“That will be the coup de grace of the whole project,” Reeg said.

BART is under a general hiring freeze due to budget constraints, but certain mission-critical engineering positions will be posted and filled. To view openings, visit www.bart.gov/jobs