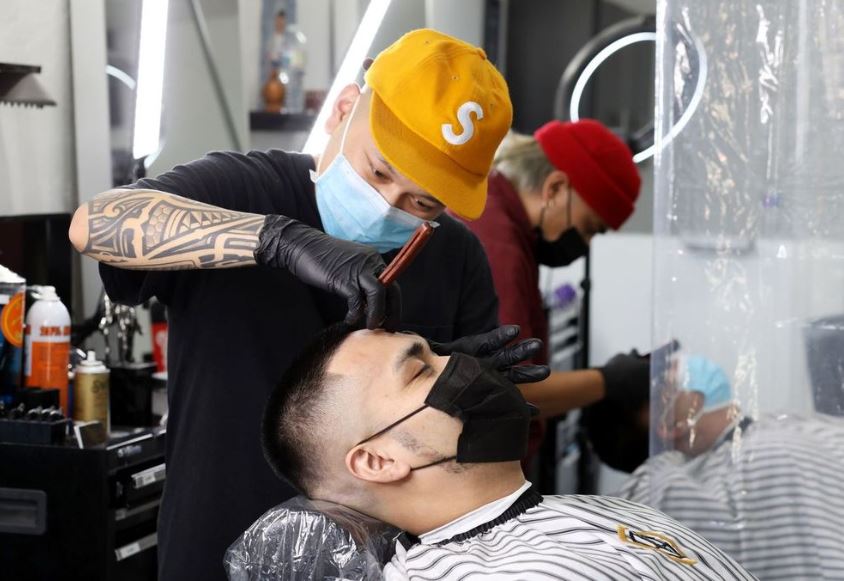 As a new post-pandemic jobs landscape begins to take shape, BART will use a $350,000 federal grant to develop a strategy for attracting businesses that will create jobs near public transit.

The transit-oriented development (TOD) planning grant from the Federal Transit Administration will focus on jobs along the line running from Fruitvale to Warm Springs/South Fremont, known as the A Line.

Cities such as Hayward, Union City and Fremont are very interested in partnering with BART on attracting employers near stations, said Kimberly Koempel, a Principal Planner at BART.

“And it works in BART’s favor if we can get people to jobs that are outside the city centers of San Francisco and Oakland,” she said. As Covid-19 restrictions ease and more people return to offices, utilizing reverse-commute capacity will help ease crowding on trains. “It’s a win-win for the cities and for BART.”

While nobody knows how Covid-19 will change the landscape of how and where people work in the long run, it’s clear that BART will continue to attract businesses, both small and large.

Gemma Ballesteros, owner of Marley’s Treats, held the grand opening for her Fiipino fusion bake shop next to the Downtown Hayward Station. Marley’s Treats, named for Ballesteros’s daughter Marley, specializes in unique flavors such as ube, a purple yam originating from the Philippines. 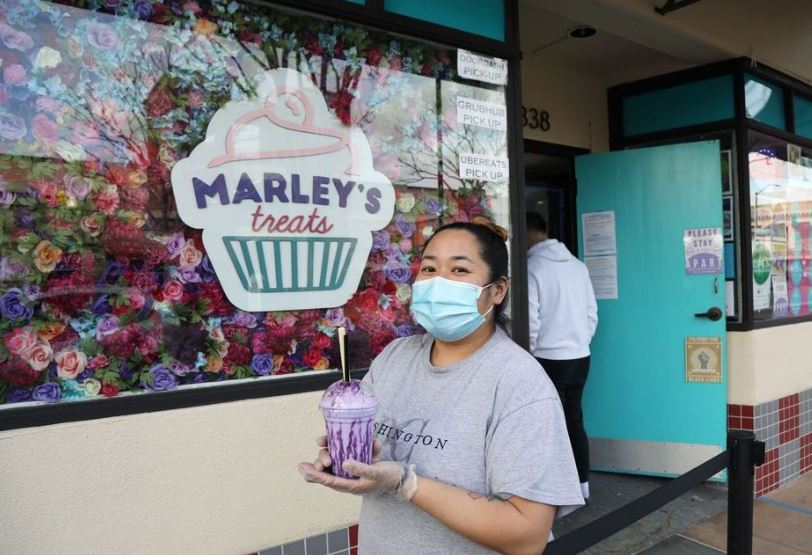 Gemma Ballesteros outside her Hayward bakery, Marley’s Treats, with an ube shake

Ballesteros started as a home baker, moved to a commercial kitchen, then to a location in Oakland that her shop quickly outgrew. To grow her business, she landed on the location on B Street in Hayward, which she said has been great for her nine employees and her customers. They snap up treats like ube and pandan swirl cheesecakes, Macadamia nut cookies and “flanana” – flan and banana – pudding. 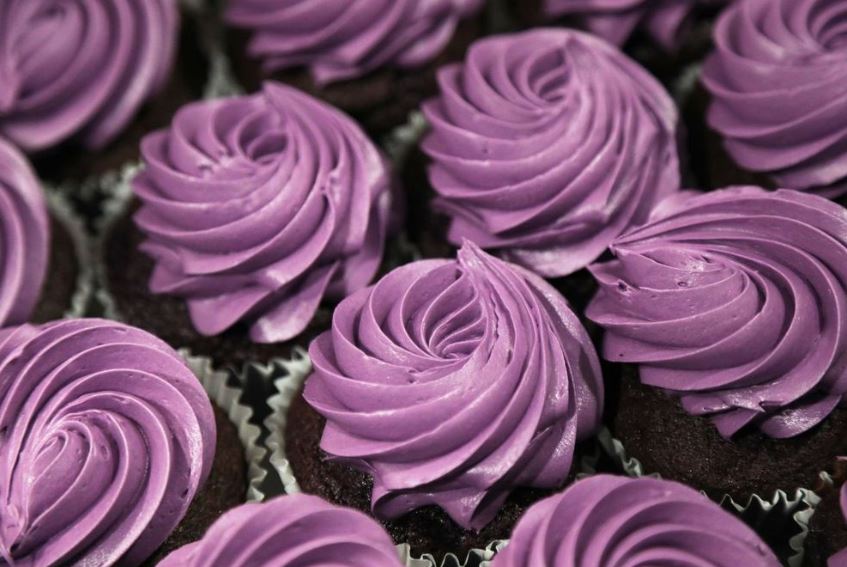 “I was looking at a lot of different locations, and this one made the most sense,” she said. “It’s a real bonus to be near BART. My sister, who is my head baker, wasn’t driving at the time, and BART was a very convenient way for her to get to work.” 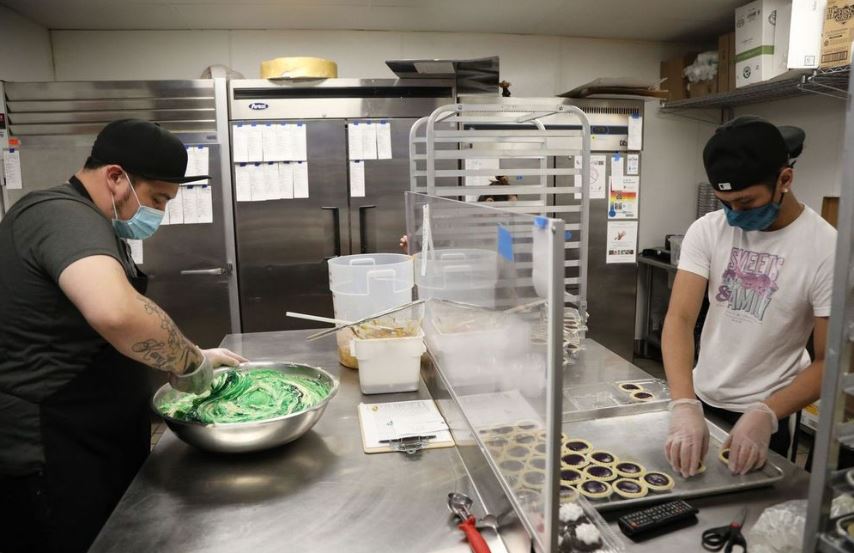 Jamie Anabeza and Mark DeGuzman, who are barbers, branched out from their former shop in Daly City to start the Black and Gold Barber Lounge East Bay in Hayward.

"We have clients from all over who come to us," Anabeza said. "Being by BART makes it very easy for people to get to us." 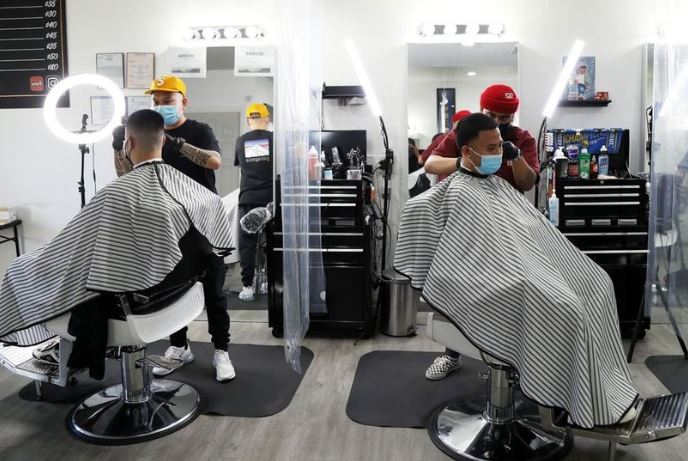 Anabeza and DeGuzman serve up fresh cuts and the camaraderie that makes a barber-shop experience so comforting for many, whether they want a bald fade, an undercut or just a hot-towel, straight-razor shave.

"It's been such a hard year with the pandemic," he said. "You need a good head on your shoulders and a good support system. We've built up close connections with our clientele. They're our friends. When they come here, they can talk about what they're going through." 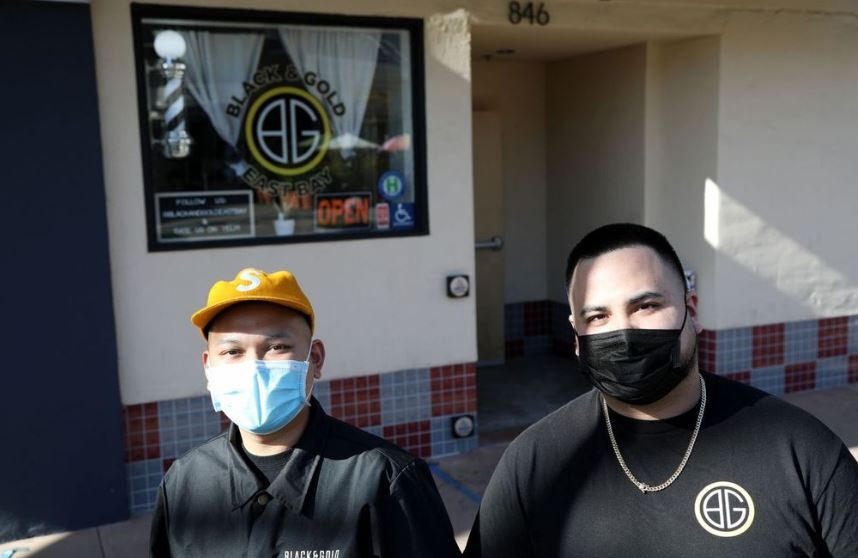 “I live in the East Bay, and I didn’t want to commute any more after 25 years,” he said.  “It’s too much waiting in traffic, fighting for a parking space.”

“It’s a big plus to be near BART,” Leung said. “There’s really quite a lot of potential around that.”

Jeff Jurow is President of the Downtown Hayward Improvement Association and is also one of the co-owners of the B Street Apartments, Hayward's only building on the National Historic Register. The restored historic building in Downtown Hayward includes apartments and storefronts. 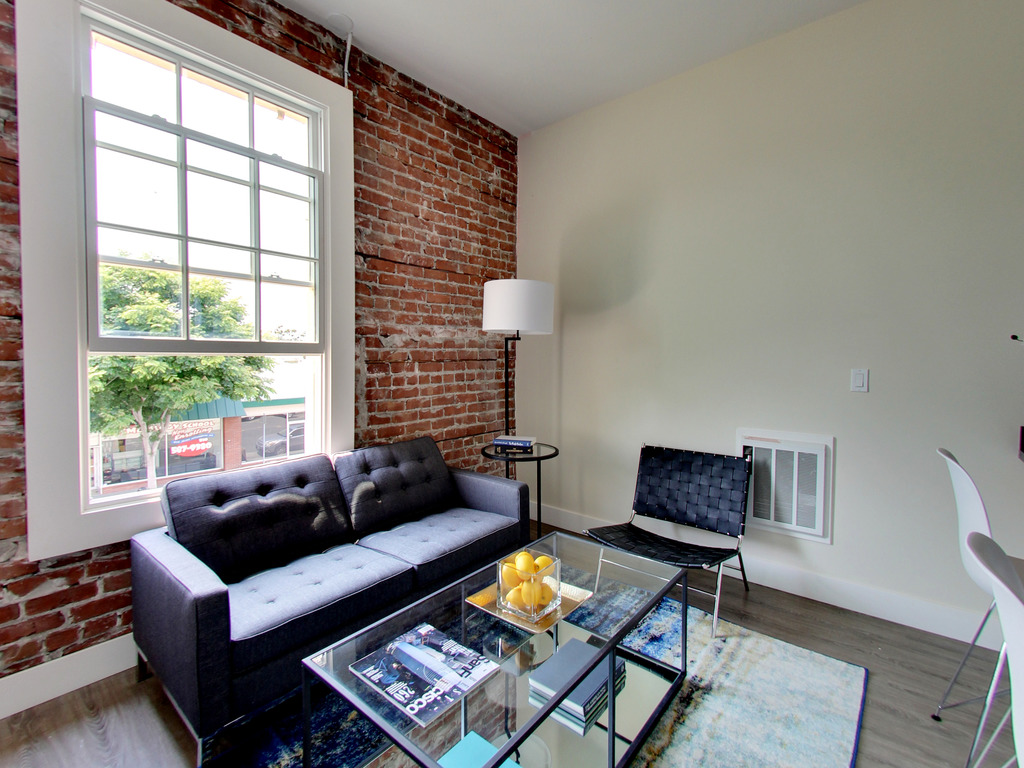 “The proximity of our property to BART is very important to us,” Jurow said. “Many of our residents have chosen to forego vehicle ownership, which makes proximity to mass transit even more important.”

“We believe in the environmental benefits of mass transit,”Jurow said. “I haven't personally abandoned my car but I do drive an all electric car and I ride BART frequently.  We also reimburse our employees for utilizing mass transit.”

BART District 6 Director Liz Ames, whose district includes several A Line stations, has been a longtime advocate for jobs attraction and smart development around BART.

“There’s so much opportunity with the rebalancing and reimagining of our town centers,” Ames said. “It’s not just about providing housing for people who have jobs elsewhere.”

Ames said the pandemic has shown people that there can be other models besides the rigid 9-to-5, rush hour, one-direction, megacommute that was common prior to 2020. And if employees are working on more unconventional, flexible schedules, they’ll still want services around their jobs, which will ultimately create more jobs, she said.

“People need places they can eat near their offices; they need to be able to get to medical appointments, drug stores, dry cleaners, barber shops,” she said. “This is a fantastic opportunity to help create vibrant communities where people can live, work, play and shop near BART.”

BART’s Koempel said some of the grant funds will be used to work with commercial real estate agents, large employers and others in the local business community, including the East Bay Economic Development Alliance (EBEDA) “to understand what employers look for when deciding on a new location in order to better position BART’s land to address their needs. The grant will give BART, cities and the EBEDA the opportunity to understand what the “new normal” will be for working, and pivot to support post-pandemic economic recovery in the East Bay.

Ideally, she said, BART’s transit-oriented development program will ultimately deliver a variety of jobs, homes, and retail near stations to create vibrant, mixed-use communities.  The key to better serving the region is to have a lot of options for people near transit.  “People need to be able to easily get to a dentist, day care, their jobs, and a great place to have to lunch if BART is going to be able to rebuild ridership beyond the commuter trip. BART looks forward to working with the communities along the A line to create a strategy to bring a variety of businesses and employers to the station areas.”