Flora and fauna for Earth Day: Walk with a wildlife biologist to see sustainability in action at BART

Flora and fauna for Earth Day: Walk with a wildlife biologist to see sustainability in action at BART 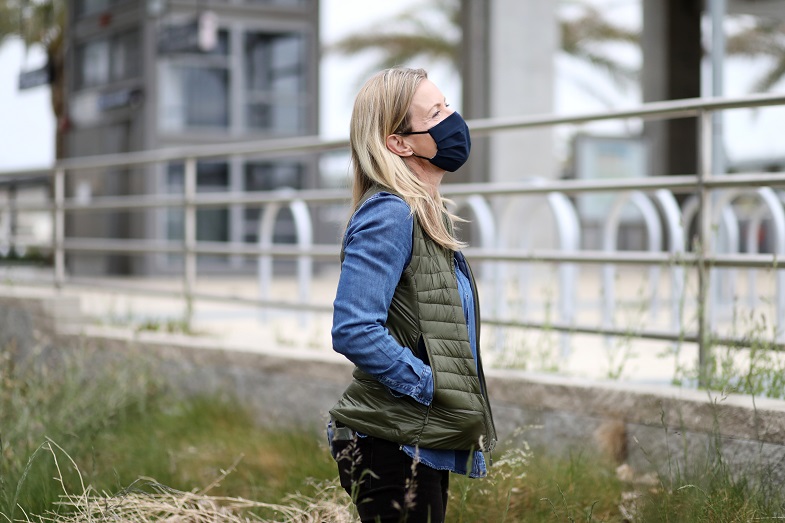 Like a ground squirrel coming out of hibernation, the Bay Area is emerging from the coronavirus pandemic with the opportunity to look at our lives – including how we move around – with fresh eyes.

“It’s easy to feel disconnected from nature, and not to think about the impacts that we have on the environment,” said Michele Barlow, a wildlife biologist with ERM, a consulting firm that works with BART on sustainability issues.

As the sun rose over the rolling green hills east of Warm Springs Station one recent spring day, Barlow led a walk to look at design features that support the ecosystem and to suggest ways BART riders can help by becoming more aware of their impacts. It’s timely with Earth Day 2021 being celebrated on Thursday.

“If you’re taking BART, you’re already helping the environment,” Barlow said. “We need to be aware of other ways we’re affecting the ecosystem. We live in an incredibly urban area, yet there are all these natural connections.”

She pointed to a red-winged blackbird, fluffing out its crimson epaulettes on a tree outside the station,  and the song sparrows  whose chirps echoed in the open-air rotunda. Just past the station’s electric vehicle charging stations, there are burrows from creatures like the ground squirrel. 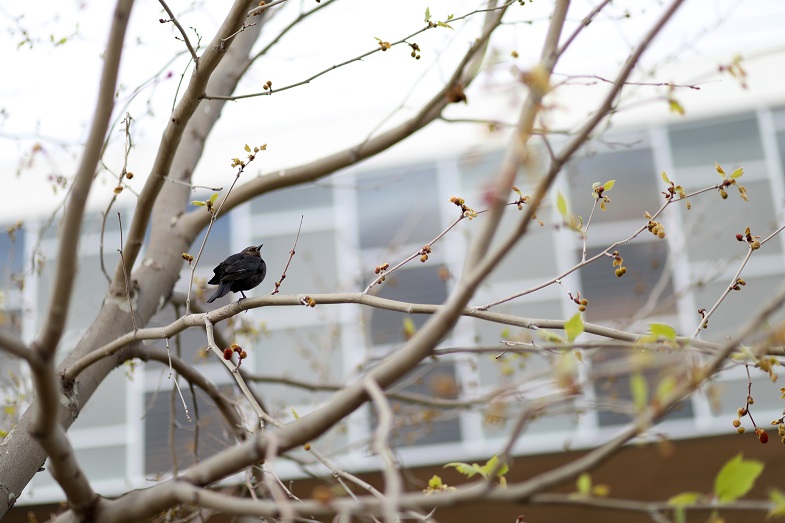 Of course, wildlife is dependent upon water, and despite the past two years of non-rainy “rainy seasons,” Warm Springs Station exemplifies how BART manages stormwater, an important element of environmental stewardship.

“Everything is connected to water,” Barlow said. At Warm Springs, there are extensive bioswales filled with native grasses and other plants that direct stormwater runoff while also helping to remove debris and filter out pollutants. 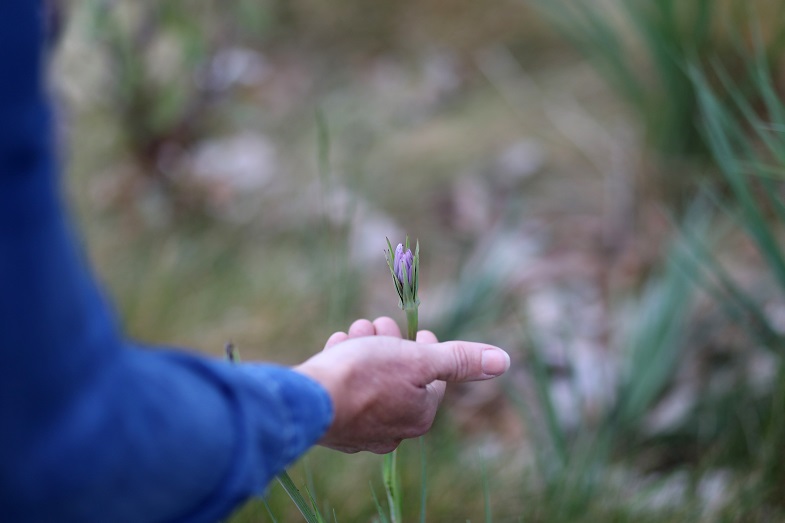 “In essence, bioswales are an attempt to mimic nature,” she said. With up to 95% of the nation’s wetlands gone, these man-made features serve similar functions to guard against flooding and purify the water that ultimately flows to the San Francisco Bay. Many people don’t realize that runoff – not only at BART stations from storms, but even in your own driveway if you wash your car at home – does not go to any water treatment plant if it drains to a conventional storm drain. “It goes untreated into the Bay,” Barlow said. 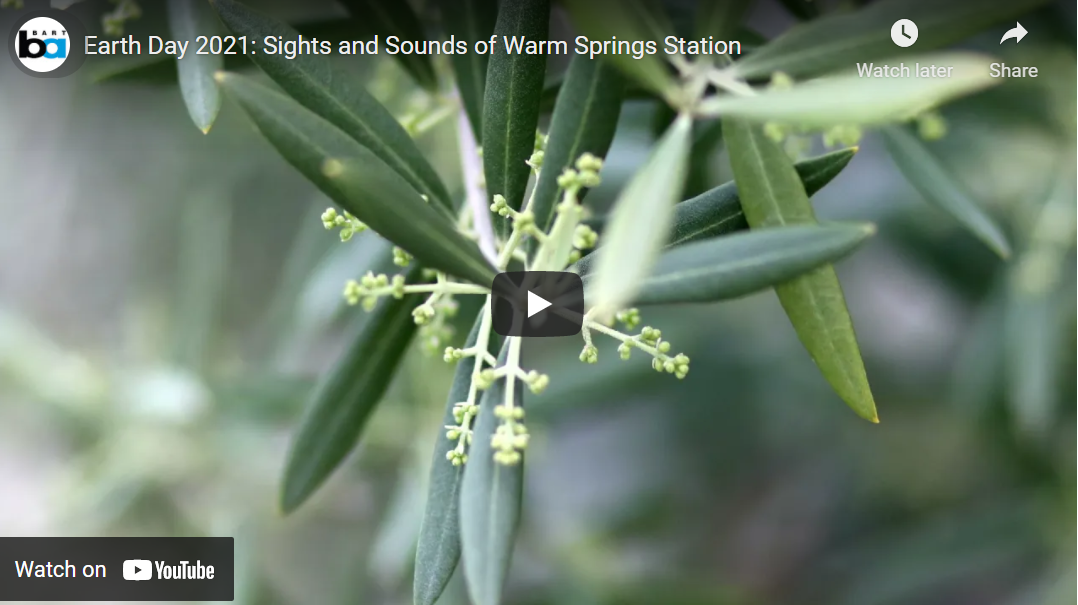 On the walk around the station, we found cigarette butts, potato chip bags, discarded face masks, all of which can be harmful or even deadly to wildlife, choking birds or getting tangled around sea creatures. It should go without saying not to litter, but sometimes the reminder comes from a photo of a gull struggling to breathe with elastic tangled around its beak. 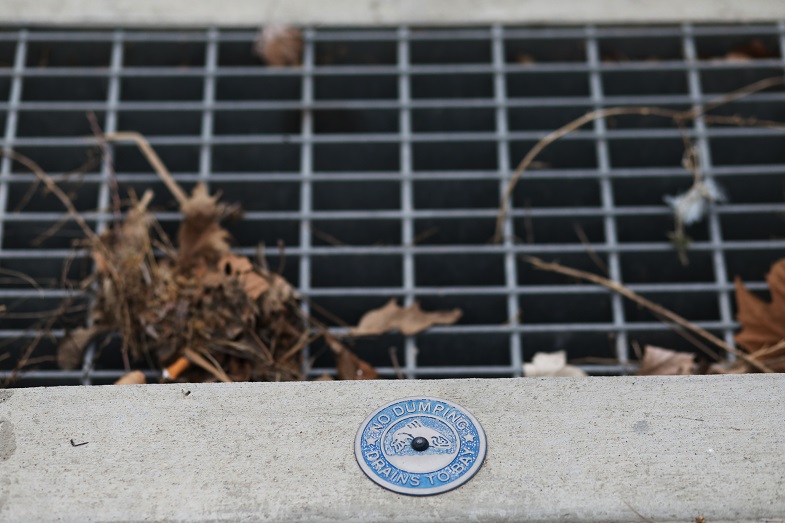 A conventional storm drain; Warm Springs has more bioswales and fewer of these; note the “No Dumping – Drains to Bay” marker – and the cigarette butt tangled in the leaves

“Stormwater runs from the hills to the Bay, perpendicular to Warm Springs Station, so everything has to cross this traditional railroad corridor that had been done 100 years before,” said Paul Medved, BART’s Group Manager for the Warm Springs Capital Program, referring to the adjacent Union Pacific rail. “We had to not only make it work based on new stormwater calculation, but also by upgrading the access and maintenance requirements.”

BART worked closely with the State Water Quality Control Board, the U.S. Fish and Wildlife Service, and even the U.S. Army Corps of Engineers, he said, to plan for flood control and also to protect threatened species like the California tiger salamander, the red-legged frog and the Western burrowing owl. 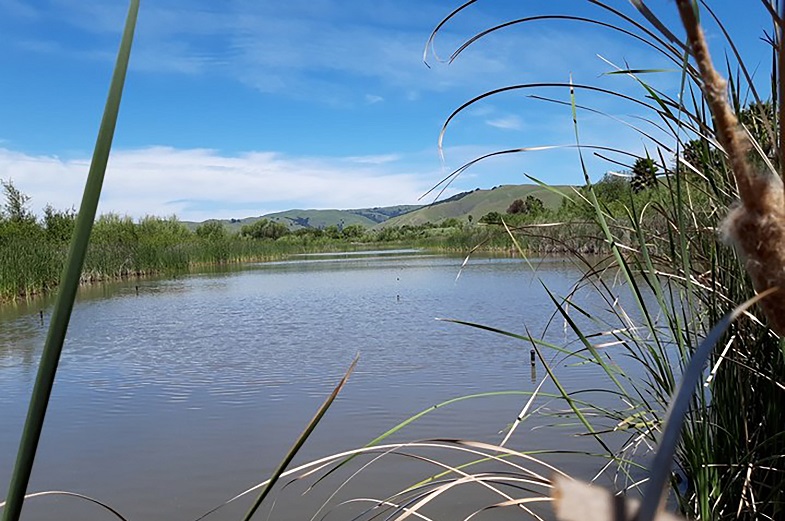 The East Wetland Mitigation Site was created to support habitat for species in the area; Photo by Janie Layton, BART retiree who worked extensively on Warm Springs environmental issues

Because construction of the Warm Springs Station impacted habitat going through Fremont’s Central Park, BART used some of its surplus property to build a 10-acre wetland habitat mitigation site, Medved said. Since the station’s opening four years ago, the wetlands have become well-established and lush, providing a verdant paradise for frolicking frogs and other creatures.

If you can imagine, over 50 years ago, before the city of Fremont had expanded to its current space, this area was likely home to these and other charismatic critters. The California red-legged frog was known for its long jump and had held records at the Calaveras County jumping contests while the secretive California tiger salamander hunkered down in its burrow, hiding its showy black and yellow stripes.

Planning for flood control in rainy seasons, for fire suppression in dry seasons, and a little bit of everything in between, is a tall order for a transit agency with 50 stations across 121 miles of track.

The existential threat of climate change is real, and BART is doing its part to advance an ambitious sustainability agenda on several fronts. Just two weeks ago, the BART Board received an update on the sustainability action plan.

The open-air design at Warm Springs showcases the rolling hills; if you look in the far upper left corner you’ll see a bird in flight. You can walk to housing on the east side; a Tesla plant is to the west

“Environmental stewardship has always been at the core of BART,” said Norman Wong, a Principal Engineer who works on climate change and resiliency issues. “It’s part of our strategic plan and our mission. If you think about it from a broad perspective, public transit is a very sustainable solution, as opposed to cars. People need to move. They need to get from one place to another. BART helps them get around in a way that is sustainable.”

Newer BART stations like Warm Springs are designed and built from the start with baked-in sustainability features in mind, like bioswales, drought-tolerant landscaping that’s friendly to pollinators, bike racks and electric vehicle charging stations, and easy bike and pedestrian access. When older stations are modernized, like the recent El Cerrito del Norte project, care is taken to include sustainability in design choices.  And major projects like the new Hayward Maintenance Complex and the new BART Headquarters in Oakland have earned coveted LEED certifications for their overall sustainability. 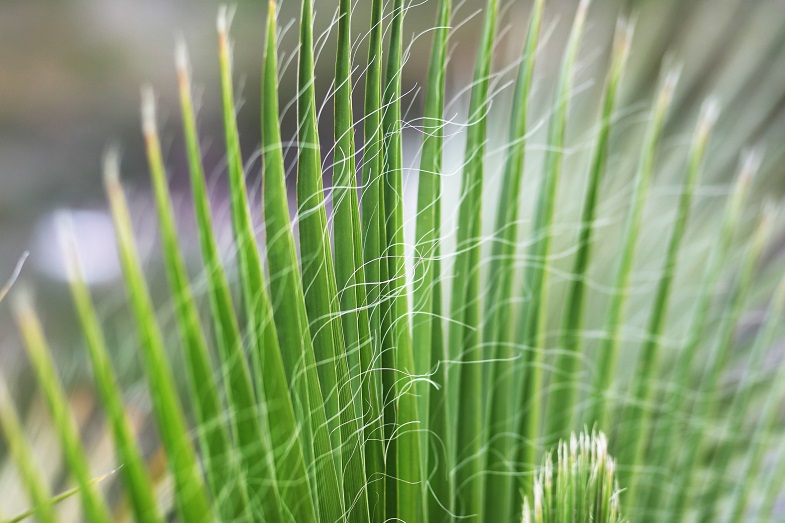 There’s beauty in these fronds blowing in the wind, if you take time to notice nature all around you at BART stations

But Wong noted that every BART station – indeed, all of BART’s property – incorporates some elements of sustainability, whether that’s solar panels on top of a parking lot canopy, energy-saving LED lighting, or, even, gangs of grass-eating goats to keep weeds at bay without the use of fuel-powered tools.

In some ways, the legacy of the COVID-19 pandemic offers a rare opportunity for a re-set, a re-evaluation of our relationship with the natural world, collectively as a society and personally as individuals. 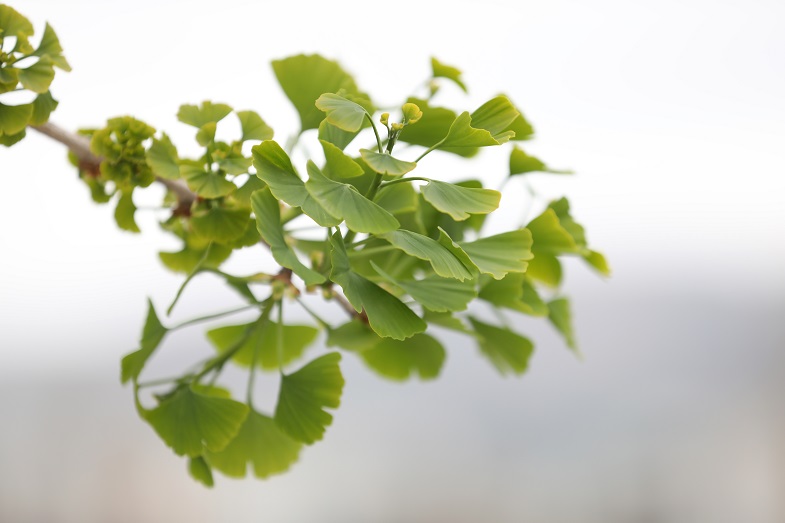 The Ginkgo tree (Ginkgo biloba) is one of the oldest flowering plants in the world.  Once endemic to a very small rural area in China, it’s become popularized as a landscape tree.

“Even though there haven’t been as many people coming through our stations, our work to improve the sustainability of our operations has not stopped,” said Michael Cox, a Principal Analyst in BART’s Sustainability Group. “We’re still looking to minimize our impact as much as we can at BART.  If we can help empower people to make changes in their own impacts, we can do so much more together.”

We've got some other fun activities for you this Earth Day. Watch a slideshow of photographs set to the sounds of birdsong at Warm Springs Station. Take our 10-question Stormwater Awareness Quiz for a chance to win a swag bag of BART merchandise. And check out our Spotify playlist with 50-plus songs suggested by BART staff to celebrate the Earth and sound a warning about what will happen if we don't protect it.