Around the BART system in 6 hours: transit fan rides all BART lines and shares his passion

Around the BART system in 6 hours: transit fan rides all BART lines and shares his passion 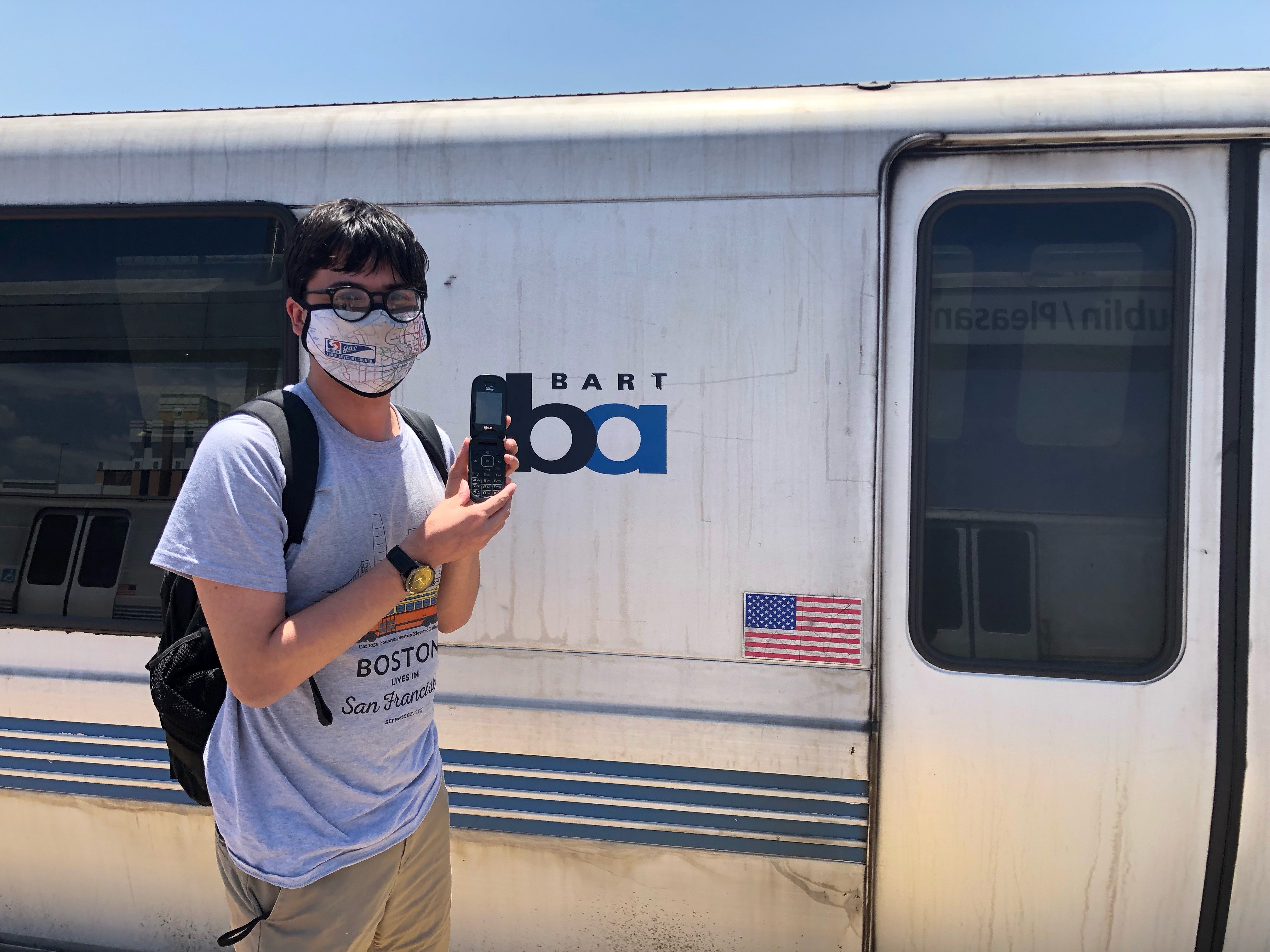 On his bio section for his Twitter account, Miles in Transit, Miles Taylor says he is "reviewing every mile of every transit system." After years of practice riding countless buses and trains in Boston and Philadelphia, Taylor brought his talents to the Bay Area on Monday, aiming to ride every mile of BART trackage in as short as time as possible.

While the official reason for his Bay Area visit was to visit his Walnut Creek-based girlfriend, the 21-year-old Taylor was a man on a transit mission. Around 6:45 am, Taylor was at Antioch Station to begin his speed run on BART. Armed with a Clipper card, a digital camera for his video channel, a flip phone used to officially keep time (a running joke between his followers), snacks and a bottle of water, Taylor zig-zagged across the Bay Area for hours.

Just after 1 pm, Taylor arrived at Dublin/Pleasanton Station, the last of the 50 stations and BART to OAK airport connector. The official time: 6 hours, 9 minutes and 51 seconds. While Taylor did not break the unofficial BART speed run record of 5 hours and 37 minutes (set by Jim Yu in 2012 when BART had six fewer stations), he said he was pleasantly surprised by the lack of wait time between transfers and lack of major delays. 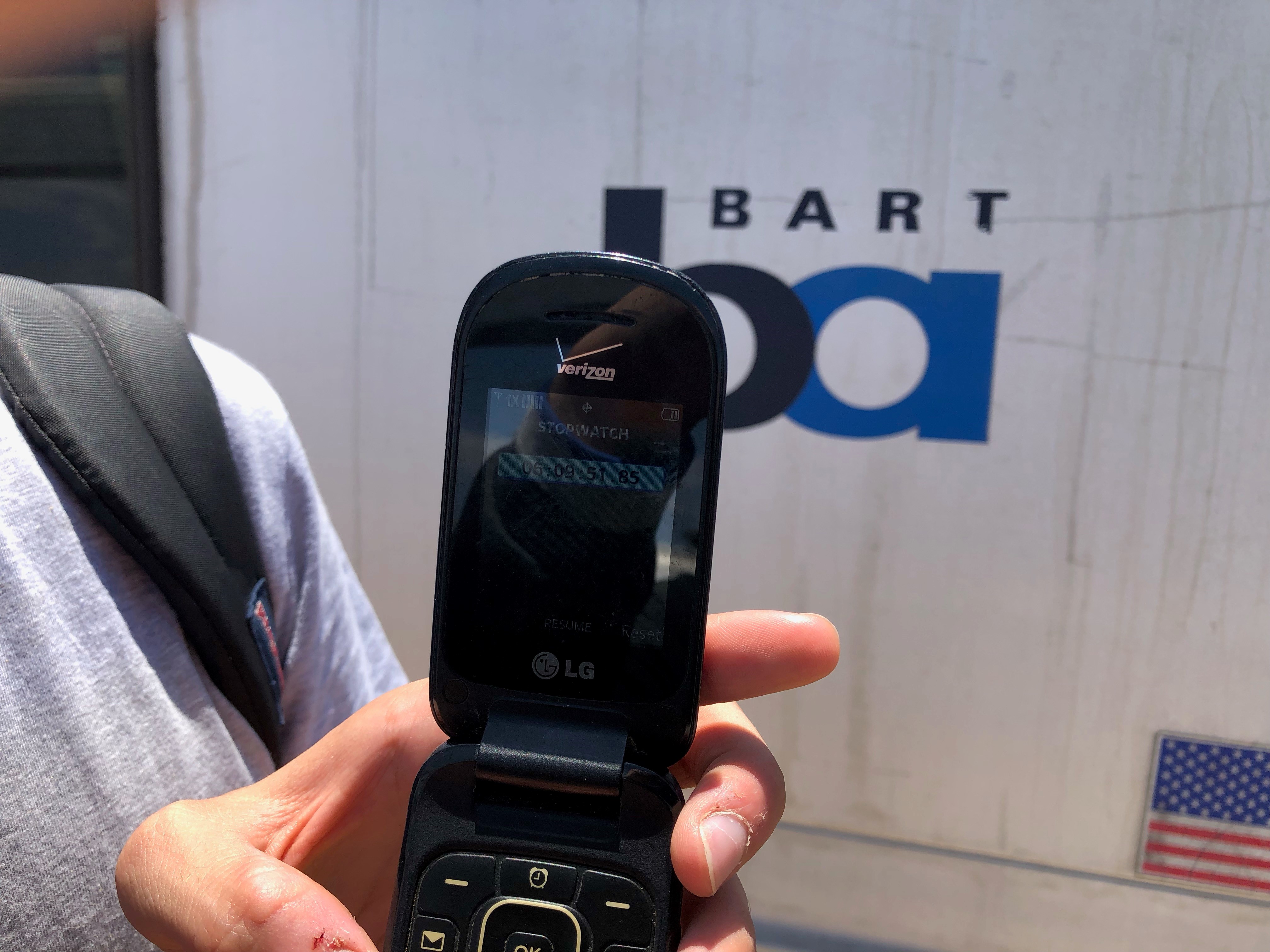 "It went as about as well as I expected it to turn around," said Taylor. "Even though BART is running every 30 minutes, I never had to wait longer than 15 minutes on the platform." (BART will be running 15-minute trains on all five lines from 5am until 8pm on weekdays starting August 2).

Taylor is no novice when it comes to transit -- and transit speed runs. Taylor, currently a rising senior at University of Pennsylvania in urban studies, has interned for Philadelphia's SEPTA transit system and for his hometown Boston's MBTA system for four consecutive summers. When he was 13, he started a blog to review all bus and train routes in the MBTA system, which he completed in 2018. Taylor says he is a two-time record holder of the MBTA train speed run.

"I always was interested in transit since I was a little kid, I tell people I never grew out of my little boy train phase," said Taylor. "Every time I travel somewhere, I have to somehow ride transit. And I'm a completionist so I wanted to ride all of BART."

After 6 hours on BART and chronicling his speed run on Twitter, Taylor met with BART General Manager Bob Powers and Chief Communications Officer Alicia Trost. They chatted about what Taylor saw on BART and what Taylor believes BART can improve upon. Powers and Trost then presented Taylor with a swag bag full of BART merchandise, including a pair of BART socks, a BART mask and a foam toy train.

Taylor concluded after his speed run that BART is a mix between a Metro system and suburban commuter rail, and how to judge BART can shift based on what the critic believes BART to be more of.

"The Bay Area is more sprawled out than Boston or Philadelphia, and BART serves those outer areas very well," said Taylor. "I always thought of BART as a fair-to-mediocre system serving local urban populations. However, as a commuter rail service, with 15-minute service coming up all the way to Antioch and Berryessa, I think it puts BART in a really good light. It's better than any commuter rail system in the country."

In his conversation with Powers, Taylor brought up an inconvenience he faced during his day on BART: the lack of fare integration and the cost of fares. He expressed his hope of riding BART with more affordable fares and even a monthly pass. Powers shared there is active discussion between Bay Area transit agencies to achieve better regional fare integration. 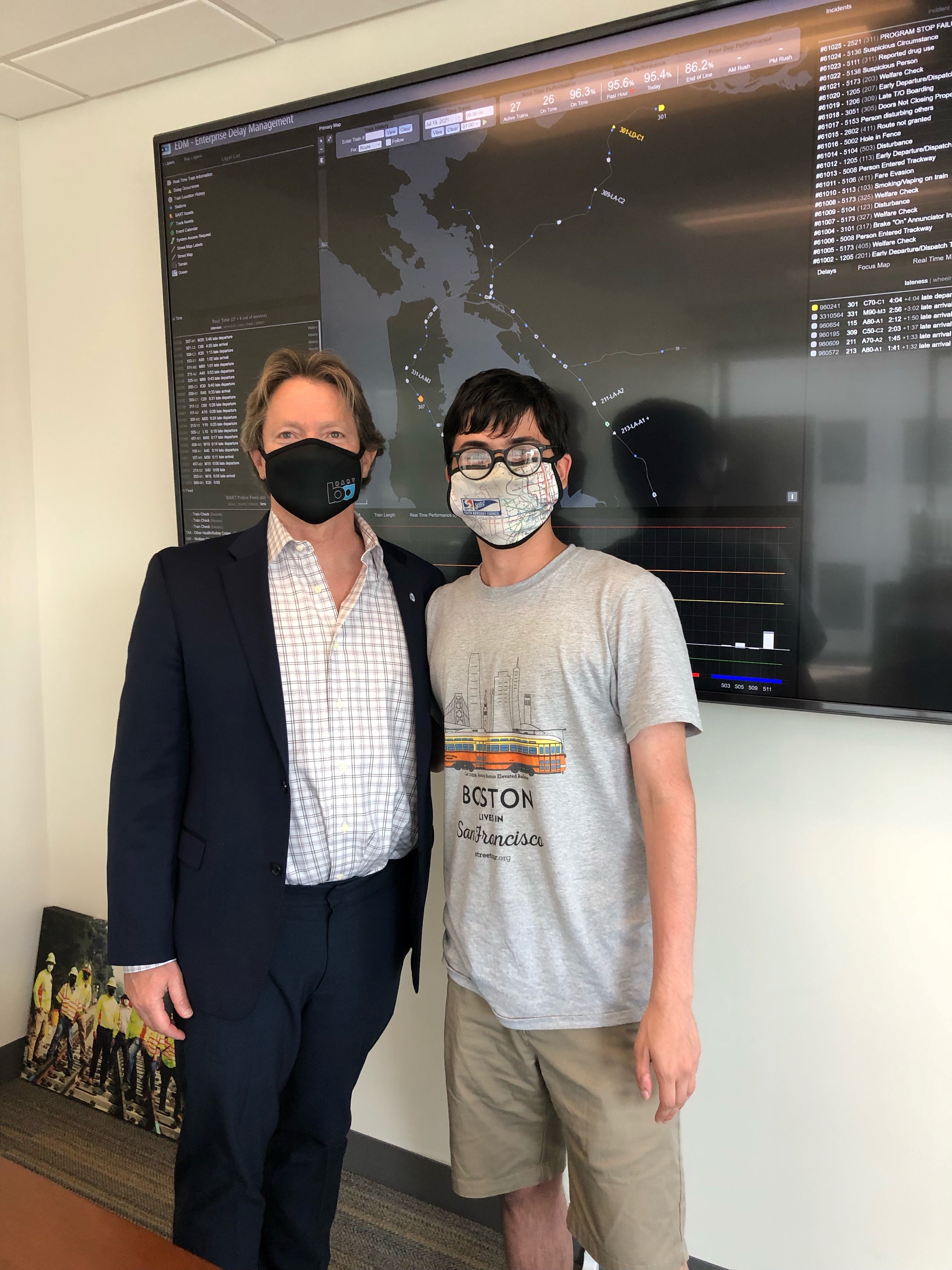 Taylor spoke positively about BART running without major delays during his six hours, timed transfers at 19th St Oakland and Bay Fair stations, and the speed which trains run in certain routes, such as the I-580 route between Castro Valley and West Dublin/Pleasanton stations.

As for model transit systems BART and other American agencies should aspire to, Taylor cited Budapest's system for its multi-modal service with very frequent service, seamless fare integration and state of good maintenance despite having one of the oldest Metro systems in the world and Hong Kong's MTR for its state-of-the-art technology and transit-oriented developments of dense housing and retail next to or near its stations.

When he returns back to school later this summer, Taylor says he will be working with MBTA's Office of Performance, Management & Innovation to help in the agency's bus network redesign efforts.

And in his spare time, he aims to continue taking transit everywhere and sharing his joy and passions of buses and trains.

"I think it's important for people to realize transit is the future," Taylor said. "Just geometrically, if you widen a road, it's going to fill up. A real way to lessen traffic is having much useful transit as much possible. Cities cannot survive everyone driving everywhere on cars. Cities need to put to people on buses and trains to carry a lot of people where they need to go."