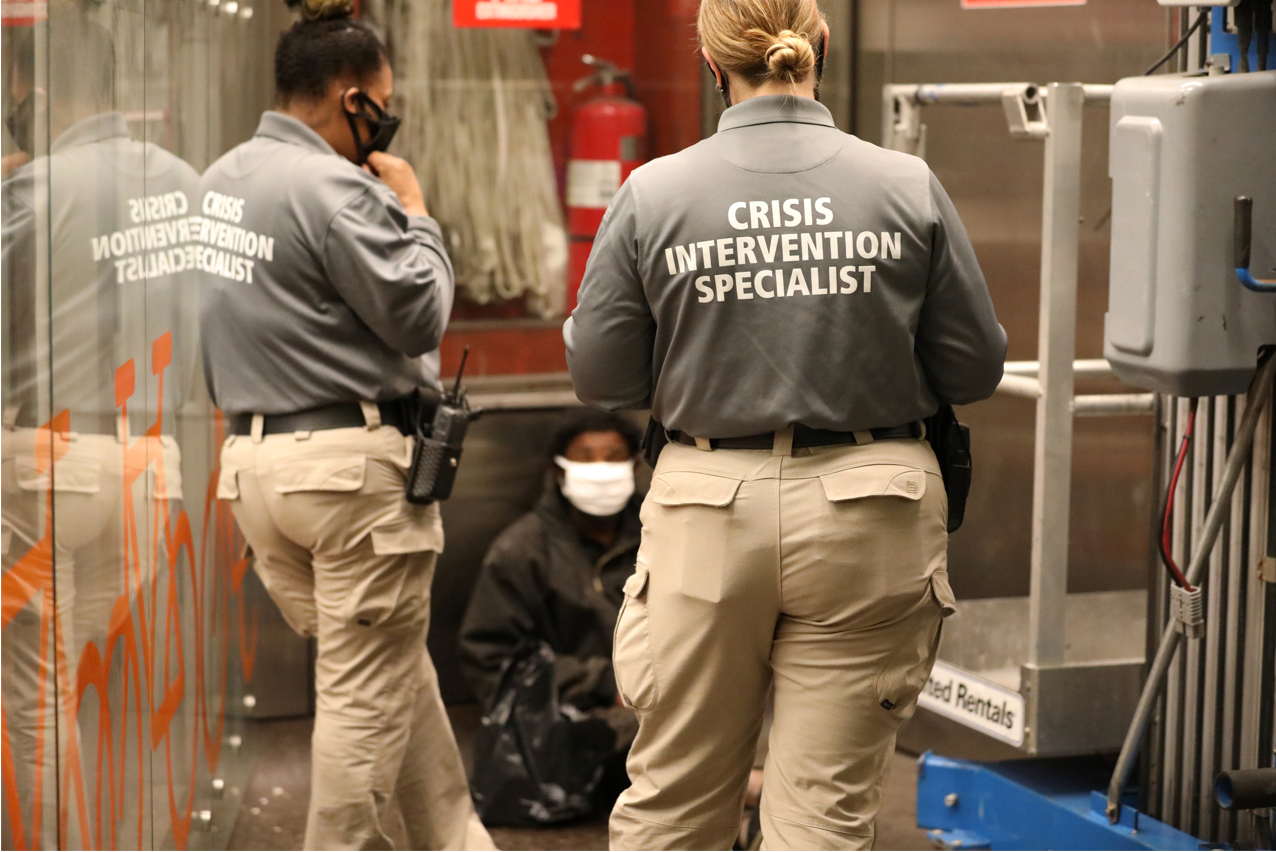 BART trains don’t start rolling until around 5am but Yolanda Barbosa and Natalie Robinson are typically well into their shift before then. Barbosa and Robinson are two of the BART Police Department’s new Crisis Intervention Specialists (CIS). They’re part of a team that represents a new approach to improving safety at BART, one that recognizes that not every problem on the system requires a response by an armed police officer.

Crisis Intervention Specialists are unarmed BPD employees who have a background in social services. Their mission is to proactively ride trains and walk platforms to respond to reports of people in the BART system who are experiencing a crisis with mental health, a lack of housing, or drug issues and connect them with services. BART wants to reduce incidents inside trains and stations related to this vulnerable population and respond to calls for welfare checks with the CIS teams. The new approach is already paying off. In November CIS teams made 208 contacts across the BART system which resulted in 35 referrals to support services.

For Barbosa and Robinson, it’s all about building relationships because often people who need help are not ready to accept it at first. “There’s a lot of refusal,” said Robinson. “There’s a lot of people who aren’t ready for help and we just have to be patient. I don’t want to say persistent, but you want to be consistent and always be there for them whenever they need it and just show that you’re going to constantly show up. And eventually that will lead to some trust building and reaching out. They see you’re actually going to be there, so they reach out.”

On this day Robinson and Barbosa reported to the concourse of Embarcadero Station and saw a familiar face. Jack is a regular at the station who has routinely turned down aid even though his health has been deteriorating. But this time when the CIS team offered help, he accepted. Jack came up to Market Street for a medical exam and was taken to a hospital for the care he needs and hopefully a connection with a social worker. 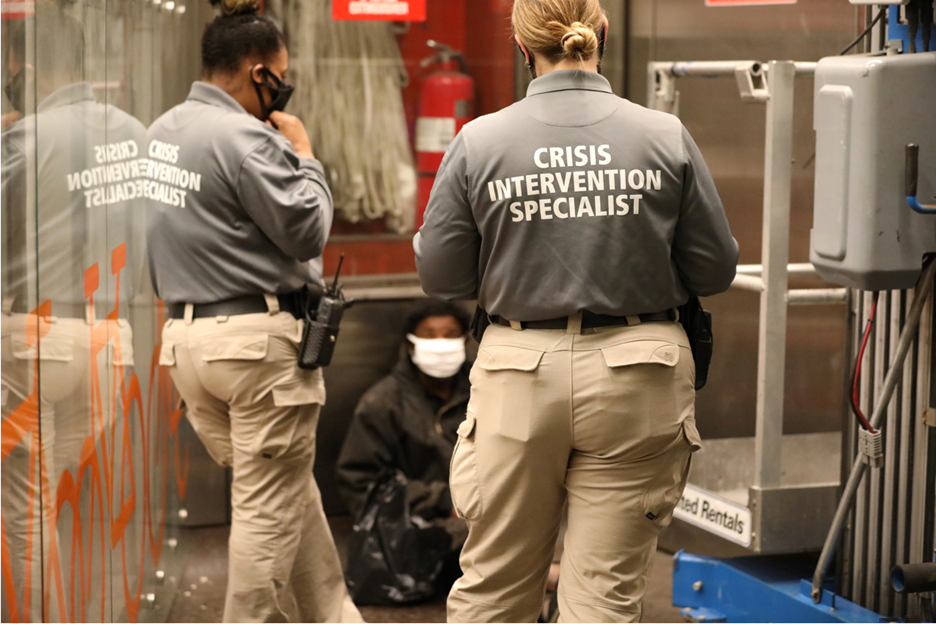 BPD ultimately hopes to have 20 Crisis Intervention Specialists deployed across the system. About half of those positions are already filled. The CIS teams are part of BPD’s new Progressive Policing and Community Engagement Bureau, which also is home to the department’s Transit Ambassadors. Crisis Intervention Specialists and Transit Ambassadors are at the forefront of BART’s efforts to increase the visible presence of safety personnel in the system using unarmed, specially trained BPD staff.

Barbosa says efforts like the CIS program can help change the culture of safety at BART and better connect the system with all the communities it serves.  “Seeing people who look like you is really important in this field because there’s so much negative about officers and when they see someone, every day people with officers I think that builds trust.  We’re back to trust and taking away some of the stigma,” said Barbosa.

*The name of the man who was offered help at Embarcadero Station is a pseudonym to protect his privacy.