On Monday, February 3rd, Stallcup was waiting for a friend to catch a 11:30 p.m. train from Civic Center to MacArthur, his home station. As he descended the station stairwell, he found a man lying on the floor, unresponsive and overdosing from opioids.

Stallcup immediately jumped into action to perform CPR and restore his breathing.

"It was a butterfly effect, I was waiting for my friend and if I hadn't, I might have missed this person," said Stallcup.

Stallcup was also the right person. A student who wanted to enter the health care industry after the death of a close family member, Stallcup just finished his third week of training to become an emergency medical technician (EMT) at the City College of San Francisco when he put his novice training to practice. 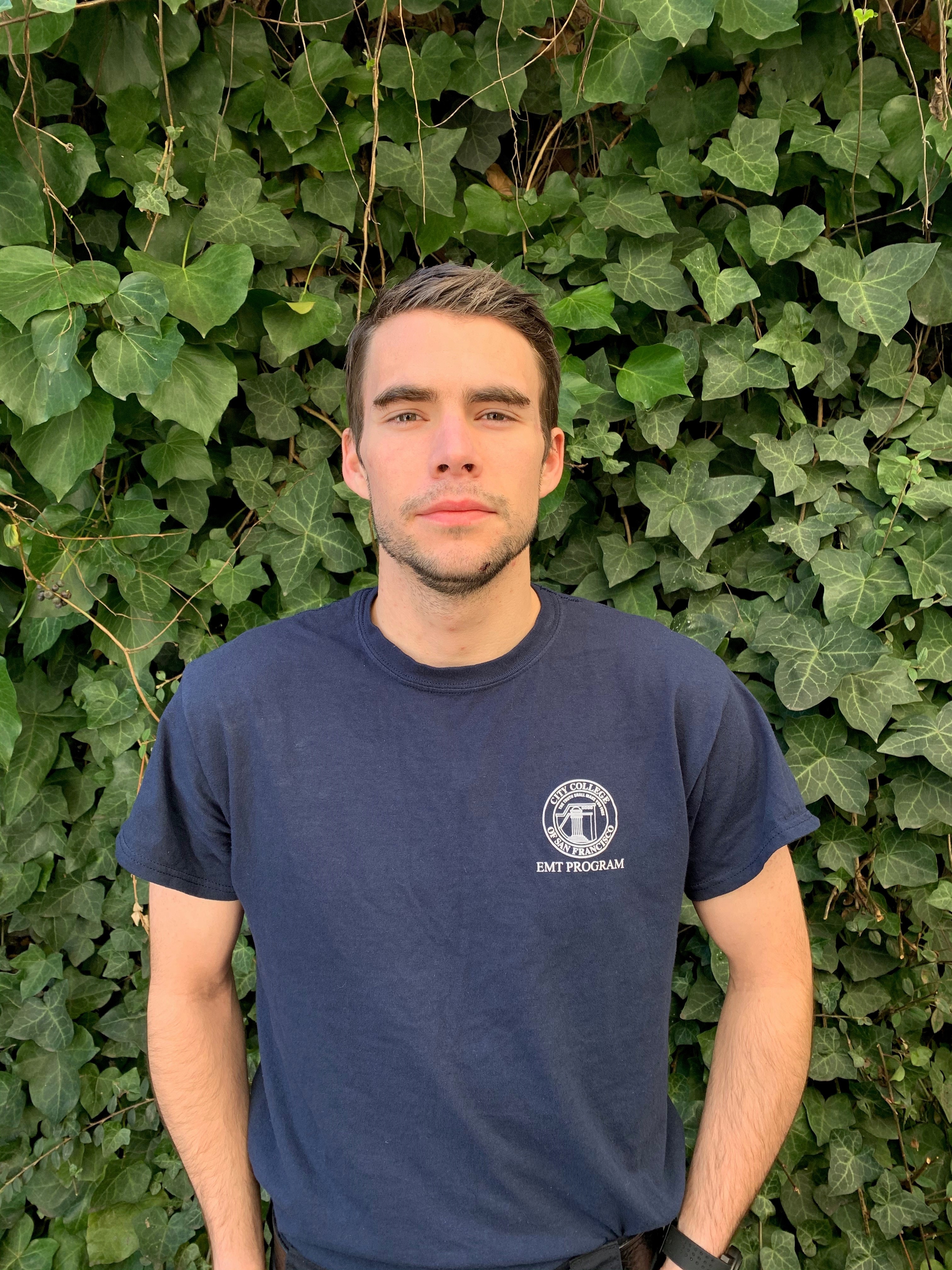 The man overdosing was found blue in the face, eyes rolling, his breath almost gone and his pulse weakening. Stallcup said he pulled the man to lay flat on the stairs to restore his breathing. After remaining unresponsive, Stallcup performed CPR until finally the man gasped and a pulse returned.

"He was unresponsive for what felt like 15 minutes when it was only three minutes," said Stallcup. "I thought he was dead."

Pena-Vega credited Stallcup for his early intervention which made the difference between them saving the man's life just in time with Narcan.

"It is always great when riders have first aid training," said Pena-Vega. "A few seconds can make the difference between life and death." 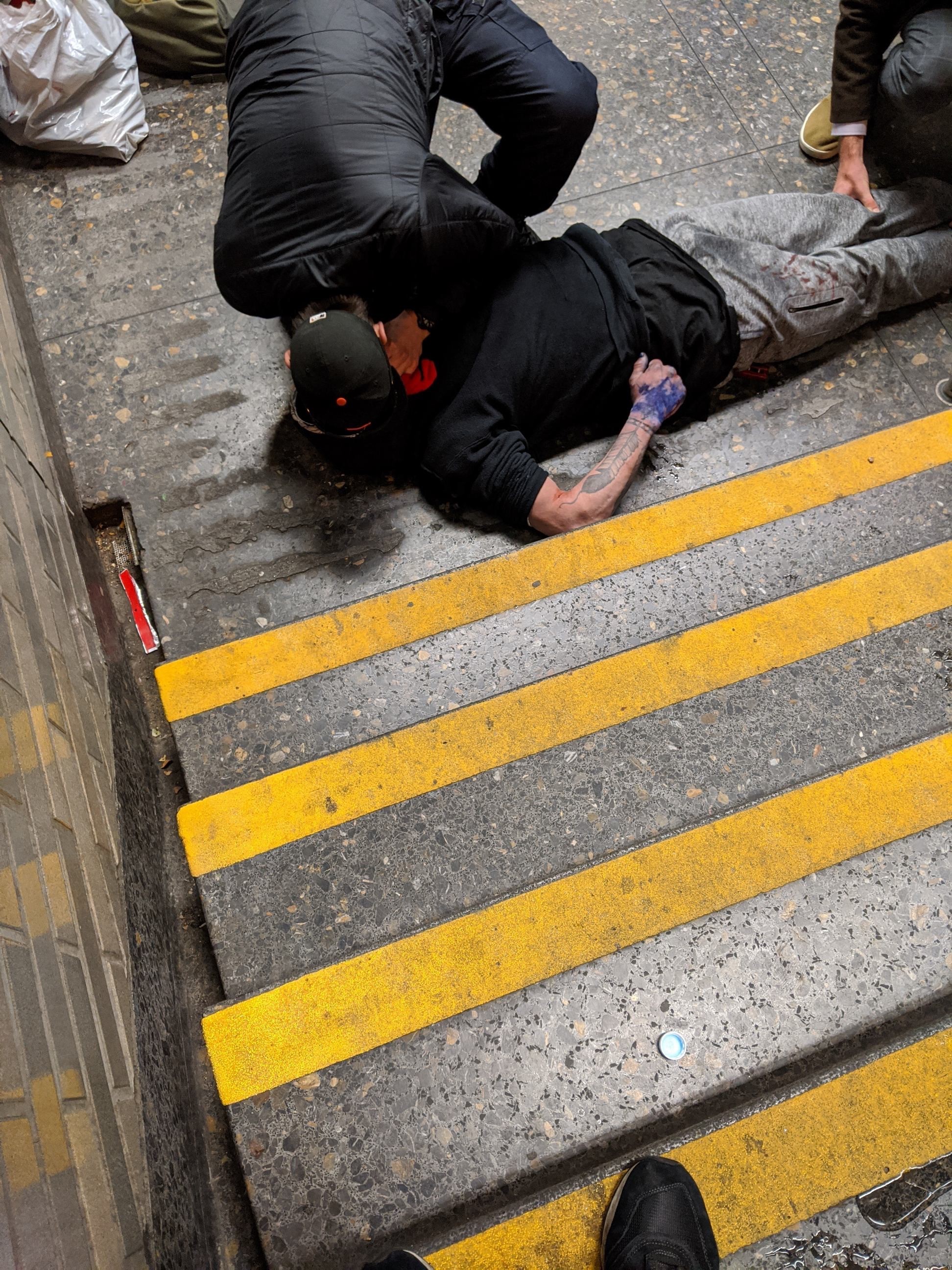 Photo of Stallcup applying CPR on the overdosed man

Since May 2019, all BART PD officers carry Narcan while on duty to help save lives amid a nationwide opioid crisis impacting Bay Area cities. BART partners such as Homeless Outreach Teams (HOT) and Hunters Point Family staff who work as elevator attendants at four downtown San Francisco stations also carry Narcan to apply when they find a rider or someone on BART property overdosing on synthetic opioids, such as fentanyl.

In December 2018, a BART elevator attendant supervisor made local news after administering Narcan to a person found overdosing at Civic Center.

"(Narcan) is a great tool especially with the fentanyl epidemic that is going around," said Pena-Vega. "It gives us a chance to bring them back to life. And it gives them a second chance at life and to hopefully seek help and rehab."

"CPR certification doesn't cost a lot -- or at times, it's free," said Stallcup. "One day of classes can buy someone a week, or much longer time with life."

Stallcup also stressed the importance of being compassionate and considerate of others on BART and in their Bay Area community.

"It's easy to look at someone and think -- oh, he's a junkie so let's not bother -- and turn the other cheek," said Stallcup. "They are still part of our community. They are not the most glamorous or healthiest part, but nonetheless, they are one of us."