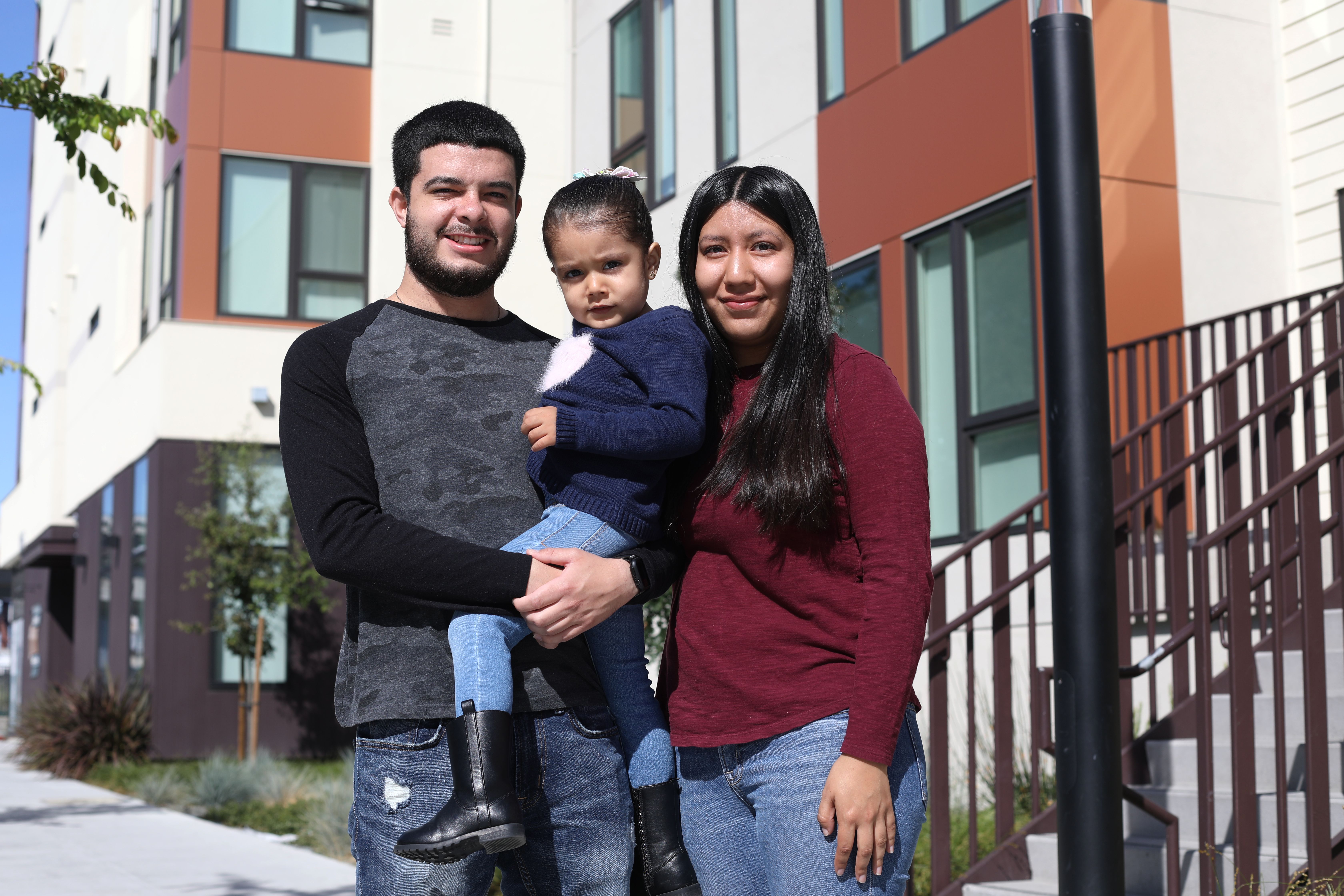 A new transit-oriented development project at BART's Coliseum Station is a rare truly mixed-income property, with half its 110 apartment units designated as moderate-income rents and half set aside as affordable housing for those making 50%-60% of the average median income (AMI) for Oakland.

The Coliseum Connections project is an example of BART’s transit-oriented development program, which is committed to making housing near transit affordable for all income levels. The moderate-income units rent to families that earn 80% to 120% of the AMI, for monthly rents of $2,200 to $2,700; the affordable units rent for $1,100 to $1,570, depending on size and design.  (Affordable housing tenants pay 30% of their income in rent.)

A stroke of good luck introduced tenant Jesus Barragan to the property. He and his wife and daughter had been living with his parents while they searched for a place of their own.

"We had been living with my folks and looking for housing for more than a year," Barragan said. "One day I just happened to be browsing the internet and I came across a listing for Coliseum Connections. It was two days before the deadline to submit the application, so I guess it was meant to be."

Barragan knows the benefits of public transit directly; his job is driving the Emery-Go-Round shuttle that connects the MacArthur BART Station to locations in Emeryville. His family, including wife Andrea and 3-year-old daughter Adilyn, love their apartment.

"It's a very good location and the community is really nice," Barragan said. "Everything is new. It has air conditioning, and a dishwasher." 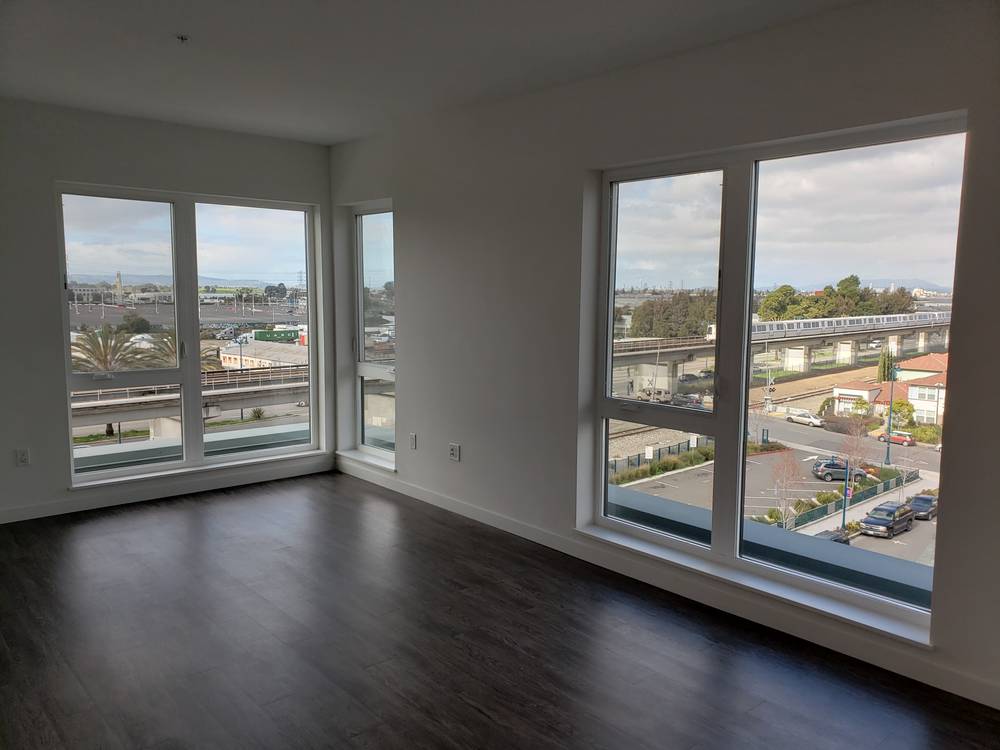 The family is looking at preschools in the area for Adilyn, planning to enroll her in the fall. They enjoy being close to BART, which they use mostly on special occasions.

"For my wife's birthday we took BART into the city, then got on the bus, and went to Pier 39 for some sightseeing," he said. "It's very convenient." 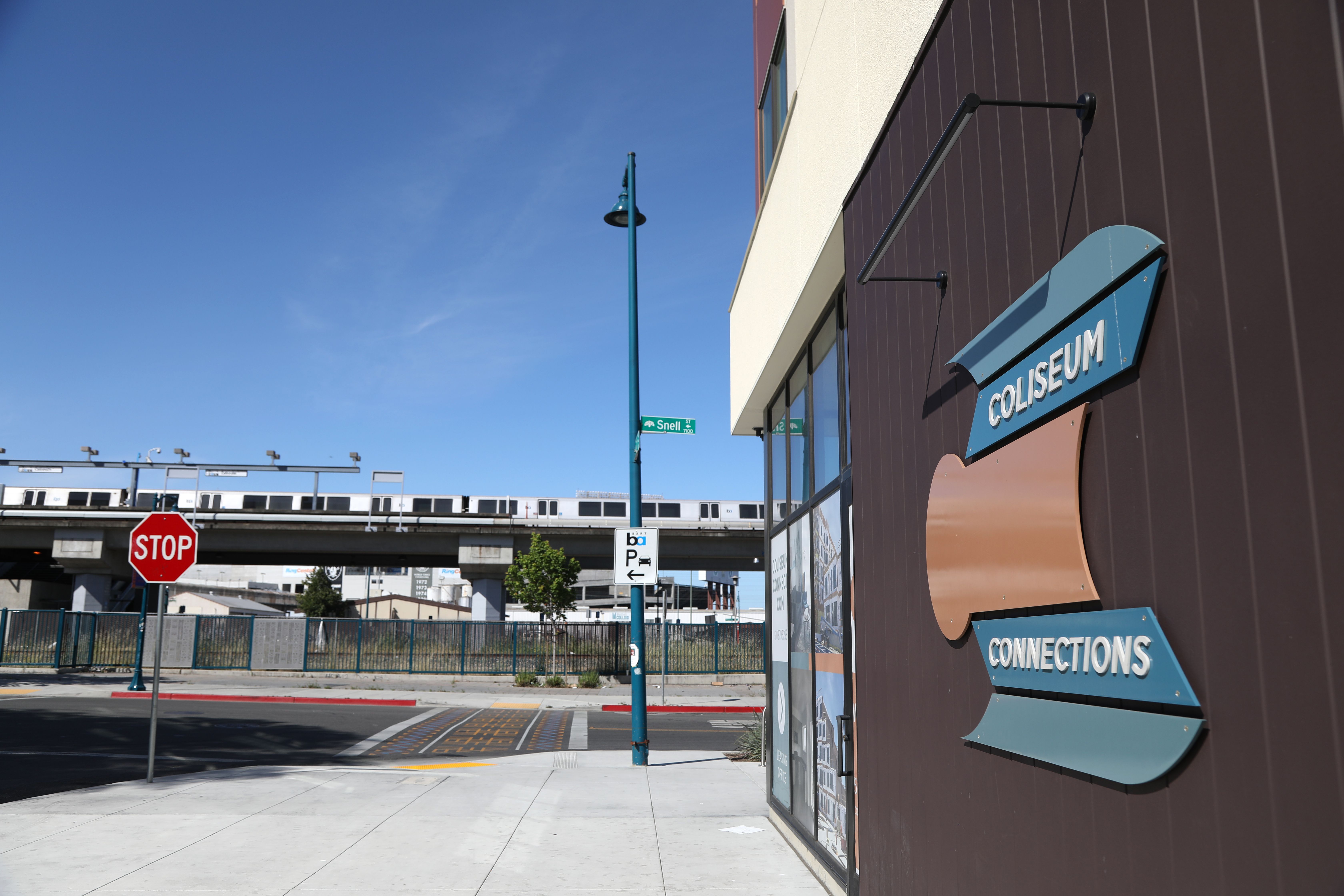 Coliseum Connections features a community cafe and other common spaces; 86 residential parking spaces, three of which are electric charging spaces; a bicycle pavilion; and a 25-foot wide landscaped walkway with bioswales to treat stormwater runoff. In addition, City of Oakland replaced 90% of the parking displaced by the development with parking on adjacent city streets so that existing riders would not be significantly impacted.

The project illustrates the complexity of housing developments in the region -- it was about 16 years in the making, according to John Rennels, Project Manager in BART's Real Estate and Property Development Department, who has worked in the field for nearly three decades.

"It took a lot of tenacity and ingenuity to get here," Rennels said. Coliseum Connections was built in collaboration with UrbanCore Development and the Oakland Economic Development Corporation, who hold a long-term lease on the 1.32-acre parcel adjacent to the station. 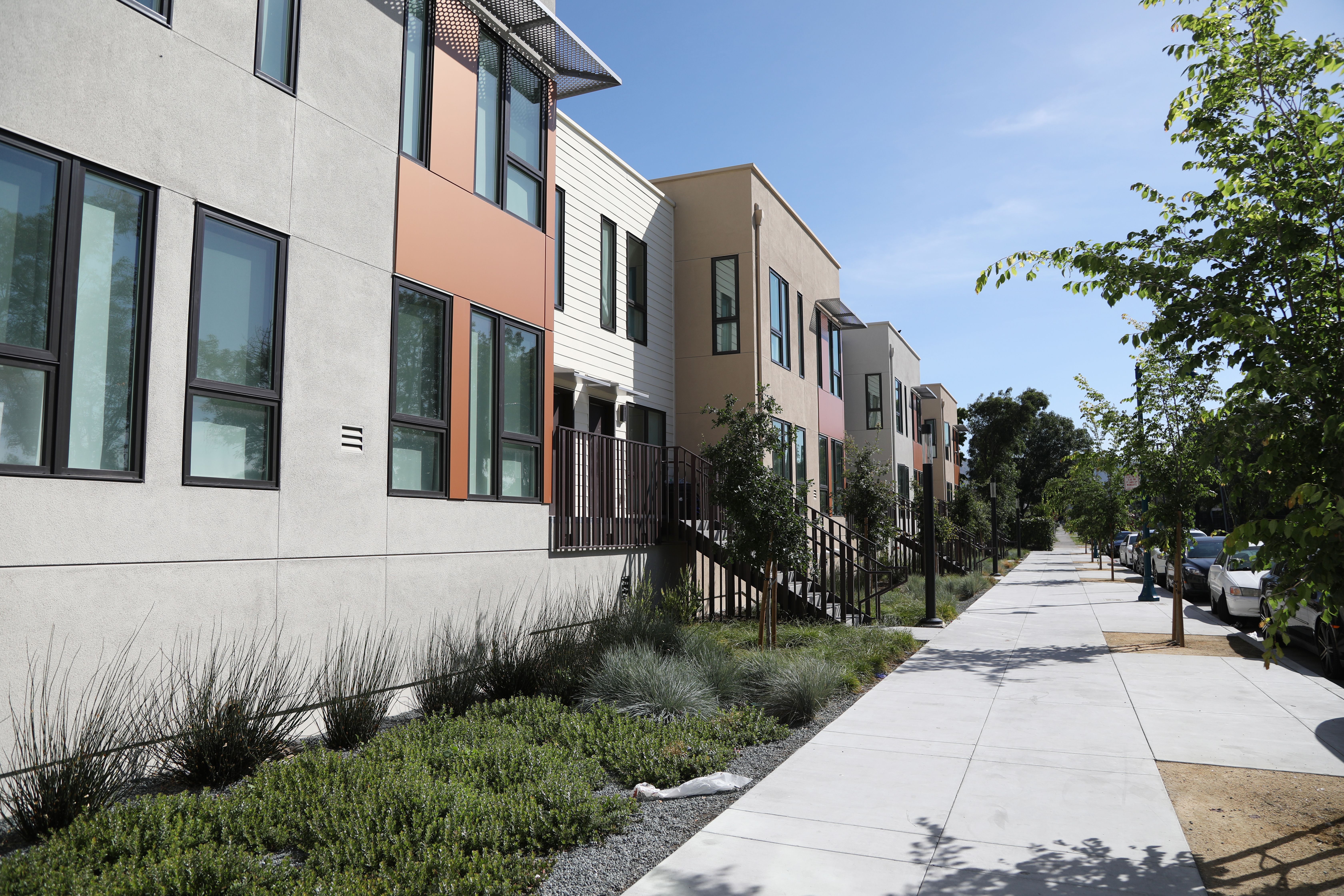 The project exemplifies how public funds can be leveraged to attract private investments to support regional housing needs. With $24.5 million in public funding, including funds from City of Oakland, the state, the County of Alameda and others. Coliseum Connections was able to leverage $61 million in private investment dollars including a construction loan from Chase Bank. Public-sector funding enabled a larger number of affordable units, exceeding percentages typically found in privately only financed projects.

"It's been very, very hard to deliver affordable projects in this market," said Abby Thorne-Lyman, BART's Group Manager for Transit-Oriented Development. She said moderate-level housing is sometimes called the "missing middle," for middle-income workers who can't afford market-rate apartments yet often make too much to quality for affordable housing subsides.

Michael E. Johnson, President and CEO of UrbanCore, said the mixed-income nature of the project makes it unusual.

"It's not like a typical project where the developer throws in a slice of some affordable housing," he said. "It's right down the middle, 50% market rate and 50% affordable. We haven’t separated the types of units into one building or another. There is no distinction."

Johnson said another important aspect of the project is its location in East Oakland, an area that has not had a lot of reinvestment, despite the easy access to public transportation. "With the traffic jams we have in the Bay Area, it's a big benefit to be close to BART, and cut down on the reliance on cars," Johnson said.  One aspect of the project that helped to contribute to its feasibility was the use of modular housing construction, which lowered the project cost by approximately 10% and shortened the time frame for construction by 25%. Contractor Cahill, architect PYATOK architecture + urban design, and modular construction consultant Prefab Logic managed the process to achieve those results, he said. 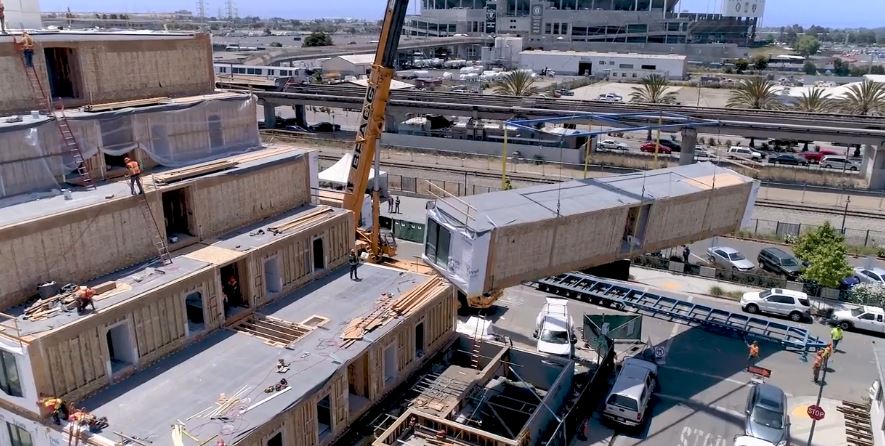 Click on caption or image above to view timelapse video of modular construction, courtesy of UrbanCore

The Bay Area housing shortage is real and not going away anytime soon, he added.

"We have a housing crisis. There's not enough supply at every level – affordable or market rate. We're thousands and thousands of units behind and there's a need for so much more."

BART has seen progress on many fronts toward transit-oriented development this year.

* On June 11, 2020, the Federal Transit Administration awarded BART $2 million as part of a nationwide TOD grant, to go toward projects at Richmond, El Cerrito Plaza, North Berkeley and Ashby stations.

* On June 24, 2020, BART released the draft of a technical guide to zoning for AB2923, the result of engagement efforts around legislation prioritizing station area development. Public comment is being taken on the draft through Aug. 7. 2020. AB2923 and TOD will be discussed at the Board of Directors meeting on July 23, 2020.