Transit-Oriented Development (TOD) Standards: Baseline zoning for TOD became BART’s standards for AB 2923 parcels as of July 1, 2020. Cities and counties now have until July 1, 2022 to rezone BART’s property to align with or exceed the AB 2923 baseline zoning standards. See exhibits in the AB 2923 Baseline Zoning Standards section below and the online map for AB 2923 parcels.

Development Streamlining: Developers in an exclusive negotiating agreement with BART to develop its property may apply for expedited approval from local cities and counties, as articulated in Senate Bill 35 (2017, Weiner), if (1) the project is at least 50% residential; (2) a minimum of 20% of proposed housing is affordable to low- or very low- income households; (3) the height is within one story of the tallest approved height within a ½ mile; and (4) the construction plan meets required labor standards described in the bill.

A brochure describing AB 2923 and how it affects BART’s TOD projects may be downloaded here (3.3 MB, PDF)

Thank you to everyone who submitted comments to the draft of A Technical Guide to Zoning for AB 2923 Conformance (AB 2923 Tech Guide). Links to the final AB 2923 Tech Guide and its associated materials are found below.

The AB 2923 Tech Guide is the result of engagement with local jurisdictions, community members, and other stakeholders from spring 2019 through summer 2020. It was written to summarize how local agencies can conform their zoning with the law.

Using AB 2923 Tech Guide, online map, and conformance checklist materials found above, local cities and counties with AB 2923 parcels are to report their zoning standards and parking requirements to BART. The due dates for these reports are as follows:

BART will review the conformance checklist workbooks submitted by local jurisdictions to make its findings by the state’s July 1, 2022 deadline if local zoning conforms with or is exempted from AB 2923 baseline zoning standards. BART will work collaboratively with agency staff to minimize findings of non-conformance.

The AB 2923 Tech Guide has a companion document, BART’s Transit-Oriented Development Work Plan (TOD Work Plan), which summarizes our approach to prioritizing station area development. It is motivated by AB 2923, which effectively zones many BART station areas for TOD, but it considers all BART’s developable land whether AB 2923 applies or not. The public draft of the TOD Work Plan can be found here. 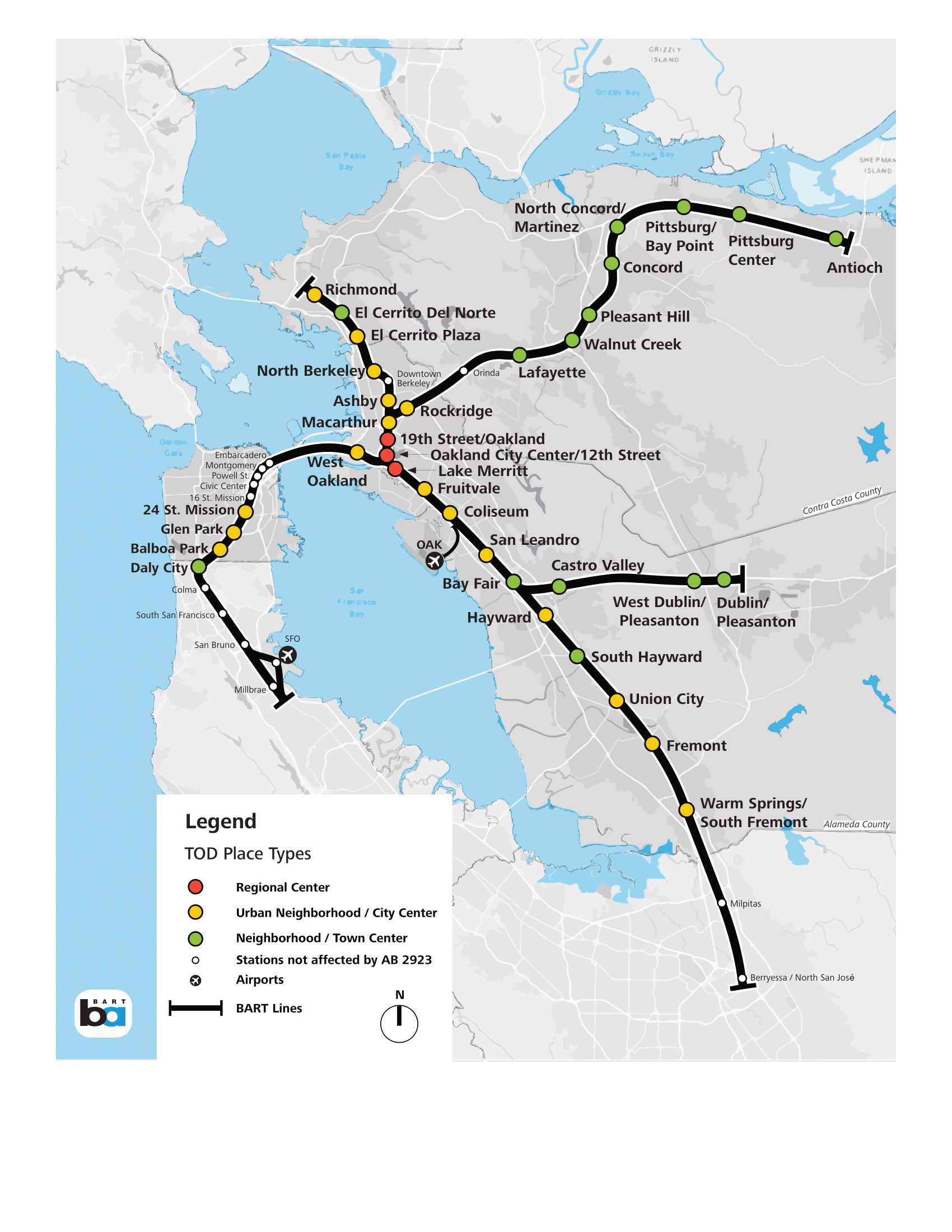 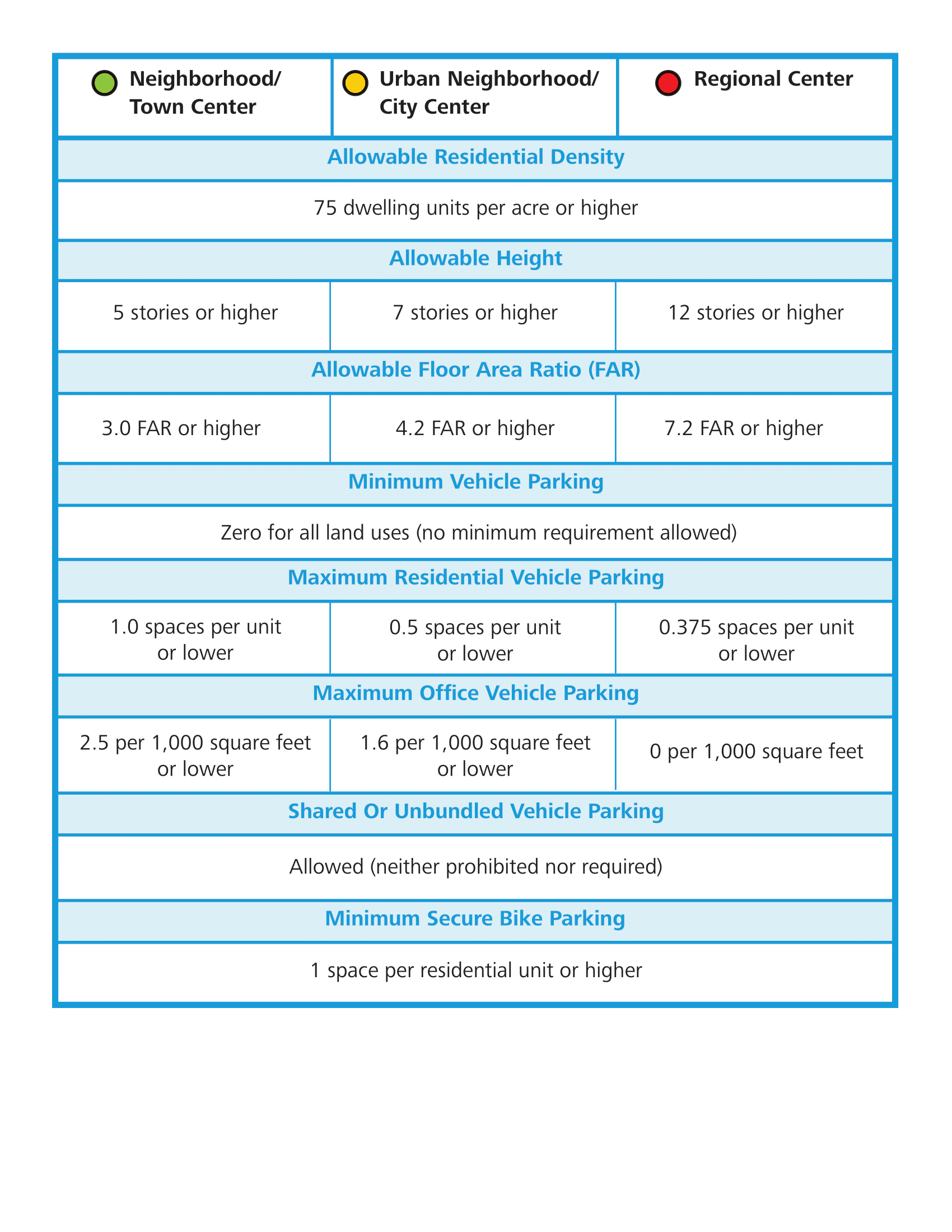 Immediately after AB 2923 was signed into law, BART’s then-General Manager, Grace Crunican, sent a letter reaffirming BART’s ongoing partnerships with the affected local jurisdictions in advancing development on BART’s property. BART’s Board discussed AB 2923 in several meetings, as shown in the archive below.

BART worked closely with all affected local jurisdictions, stakeholders, and the public to discuss potential paths forward for AB 2923 implementation from spring 2019 through summer 2020. We continue to engage with these groups as BART advances development on its properties.

Bill Overview Presented to BART Board on December 6, 2018

Preliminary Implementation Plan Presented to BART Board on January 24, 2019

Webinar Presentation from August 21 and September 5, 2019

Presentation to BART Board on February 14, 2020