BART General Manager Bob Powers will be meeting with students at San Francisco State University on Thursday, November 4 from 1:30-3pm on campus about their transit needs and to hear their ideas to encourage more young people to ride BART. The visit to the San Francisco State campus will allow Powers the chance to talk with students about how transit can best serve them. The visit to SF State comes just before the General Manager continues his Listening Tour at the Daly City BART Station from 3:30-4:30 pm, timed to catch students passing through the station on their way home.

“Students are playing an important role in BART’s recent ridership increase,” said Powers. “It’s important for me to hear directly from young riders to learn more about what’s working with our service and to generate ideas for ways we can improve.” Powers relaunched his Listening Tour in August as many riders were returning to transit with the goal of visiting BART’s ten busiest stations since the pandemic. During his recent station visits Powers has noticed the large number of students using the system. That’s what is prompting him to do additional direct outreach to young riders. In addition, Daly City Station is currently BART’s eleventh busiest station.

San Francisco State is a great example of a school taking a transit-first approach to access. Their Gator Pass program is a model for how other schools can fund BART discounts for students. The Gator Pass allows students to get 50% off all BART rides to or from the Daly City Station.

BART worked with student leaders from San Francisco State to plan the event. "We are so excited to welcome BART's General Manager Robert Powers to San Francisco State,” said Joshua Ochoa, SF State’s Associated Students President. “As we continue to ensure we reopen safely, public transit remains one of the best solutions to equity, sustainability, and accessibility. We hope to gather student feedback to continue supporting public transit to and from our campus!"

Details of the Listening Tour

1:30-3pm On the campus side of the Muni bus shelters located at 19th Avenue and Holloway Avenue

The BARTmobile, often featured in local parades, will also be on campus during the event. 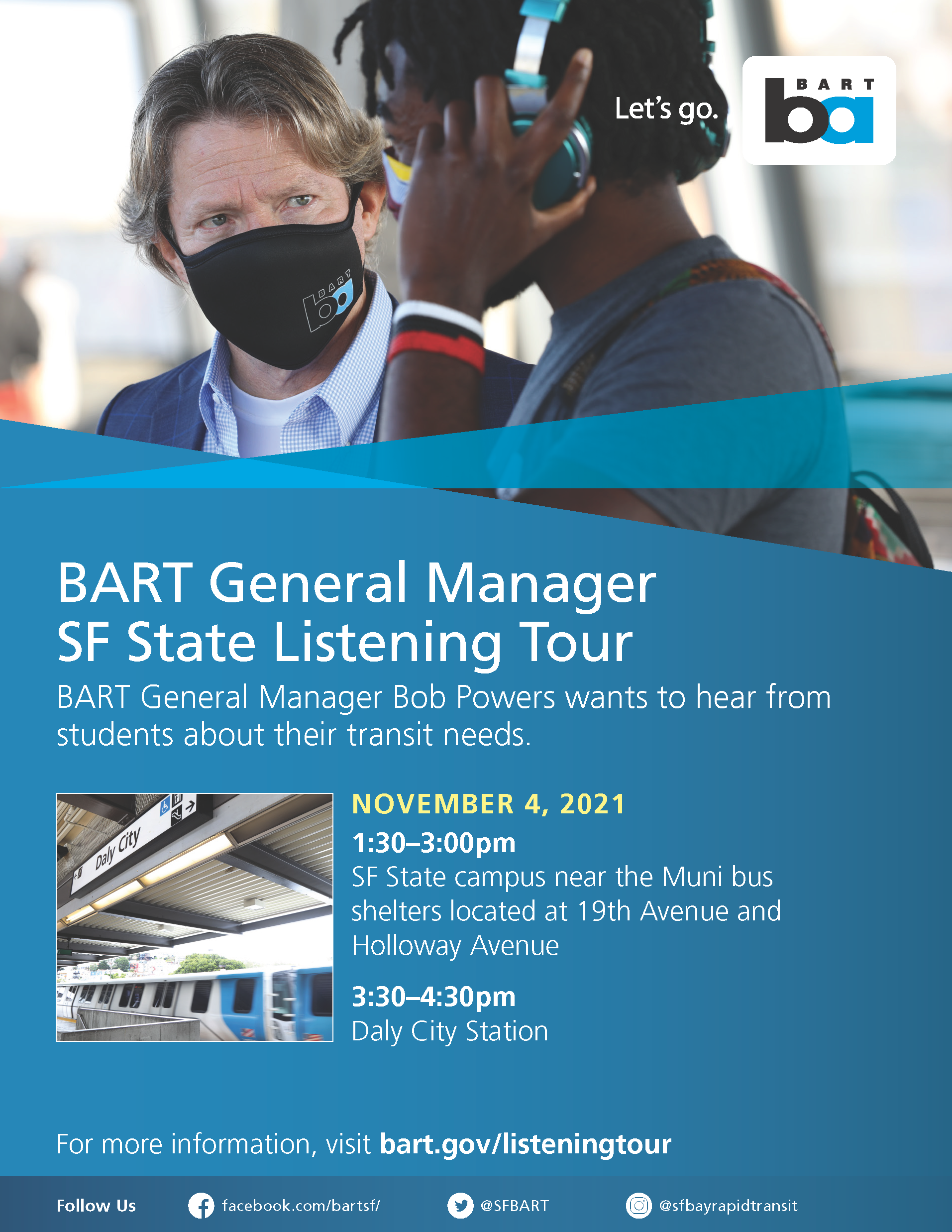