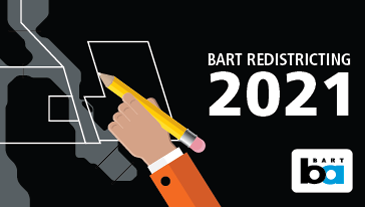 The BART Board of Directors’ Redistricting Committee is scheduled to hold its first meeting since receiving the 2020 Census data to begin the process of redrawing election districts to align with current population information.

The second virtual meeting was held Wednesday, December 1, 2021 from 1 to 3pm.

Public involvement is encouraged throughout the process. Please review this document on what redistricting entails and what the public should consider when participating in our redistricting process.