The Tri-Valley is comprised of the cities of Livermore, Pleasanton, Dublin, San Ramon and the Town of Danville. Some long-term residents and stakeholders have envisioned BART serving the entire Tri-Valley since the 1960s when BART was initially constructed. BART currently serves Dublin and Pleasanton with two stations built within the past twenty years.

There is significant public interest in the proposed project throughout the BART service area, particularly in the Tri-Valley area. Many local elected and appointed officials, residents, potential passengers and other stakeholders have been part of the effort to extend the BART alignment to Livermore over the past 30 years or more. In the mid-1980s, BART purchased a potential site for a future station near the Isabel Avenue and Interstate 580 interchange.

In 2007, the San Francisco Bay Area Regional Rail Plan, a long-range plan for rail expansion, identified the BART to Livermore extension as an important inter-regional rail connection. The 2007 Rail Plan stated that BART should connect to the Altamont Corridor Express (ACE) train service in Livermore. The connection would reduce regional automobile congestion that continues to increase with growth along the I-580 corridor.

Over the decades, passage of sales tax measures dedicated to transportation projects in Alameda County demonstrated public support for the extension and other transportation projects. Voters passed Measure B (one-half cent sales tax) funding in 1986 and reauthorized it in 2000. Following the original Measure B, the more recent sales tax authorization, Measure BB, passed in November 2014. Measure BB commits funds to support the extension of BART in the I-580 corridor using the most effective and efficient technology.

With the evident support from the sales tax measures and policy makers, BART produced a Program EIR. Completed in 2010, the Program EIR evaluated the feasibility of five potential station sites and 10 different alignments for the BART to Livermore extension. The Program EIR evaluated each alignment for accessibility, ability to improve transit service, potential impacts to the environment, availability of vacant land, overall costs, conformance to the local Urban Growth Boundary, and many other concerns. 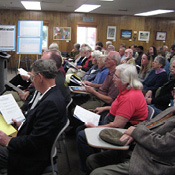 In February 2012, the BART Board of Directors directed its staff to advance the conceptual engineering and environmental review of a one-station extension to Isabel Avenue (Proposed Project), as well as to coordinate with the City of Livermore on the land use planning around the future station site. The BART Board also sought an evaluation of transit alternatives using express lanes, express bus services, reserved lanes, and a type of light rail service.

On July 31, 2017, BART released the Draft Project EIR evaluating the Proposed Project and the various alternatives. On May 11, 2018, BART released the Final Project EIR, which was certified by the BART Board on May 24, 2018. The City of Livermore prepared the Isabel Neighborhood Plan and a program-level EIR for the Plan. On May 14, 2018, the Livermore City Council adopted the Isabel Neighborhood Plan and certified the EIR for the Plan.

Go here to learn more about the environmental review process.

The following are significant activities for the BART to Livermore Project EIR:

August 2012 – Notice of Preparation (NOP) issued. The NOP advised the public that a Draft Environmental Impact Report (Draft EIR) is being prepared in accordance with the California Environmental Quality Act (CEQA).

September 2012 – Scoping Session for the DEIR. The Scoping Session provided an opportunity for agencies, the public and interested stakeholders to give comments regarding what the project team should consider and evaluate while preparing the Draft EIR. Approximately 85 people attended the Scoping Session public meeting, and 22 made comments; additional comments arrived later by email and standard mail.

July 2014 – BART and the City of Livermore agreed to a Memorandum of Understanding (MOU). The MOU formalized the working agreements between the two entities. The MOU specified BART as the Lead Agency on the Project-level EIR and related engineering. The City of Livermore is the Lead Agency on the Isabel Neighborhood Plan and for land use plans around proposed station.

May 24, 2018 – The BART Board certified the Final EIR but decided not to advance the BART to Livermore Project. 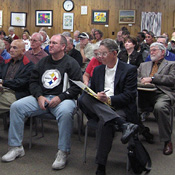 On large projects, it is typical for agencies to prepare a Program EIR prior to doing the more detailed Project EIR. A Program EIR reviews a number of options and choices at a very broad level to help project sponsors determine which of the alternatives to review and study at a more detailed level.

Over a period of approximately two years, the BART to Livermore project team looked at 10 different alignment alternatives and five different locations for new BART stations.

The Program EIR evaluated accessibility, ability to improve transit service, potential impacts to the environment, availability of vacant land, overall costs, fit with the local Urban Growth Boundary and more. Details of the challenges and benefits of specific alignments are described here in the Program EIR.

The Draft Program EIR was released in November 2009. During the comment period that followed, BART received comments from local, regional, and State agencies, the public and interested stakeholders. The commenters included 18 different public agencies, 18 organizations, and 437 individuals. A report of the agencies’ response and the individual comments are here in the Response to Comments.

BART released a Final Program EIR in June 2010 that provided written responses to all substantive comments received. The BART Board of Directors certified the Program EIR and selected a Preferred Alternative in July 2010. The first portion of that alternative, from Dublin/Pleasanton station to Isabel Avenue is the subject of the current Project EIR.