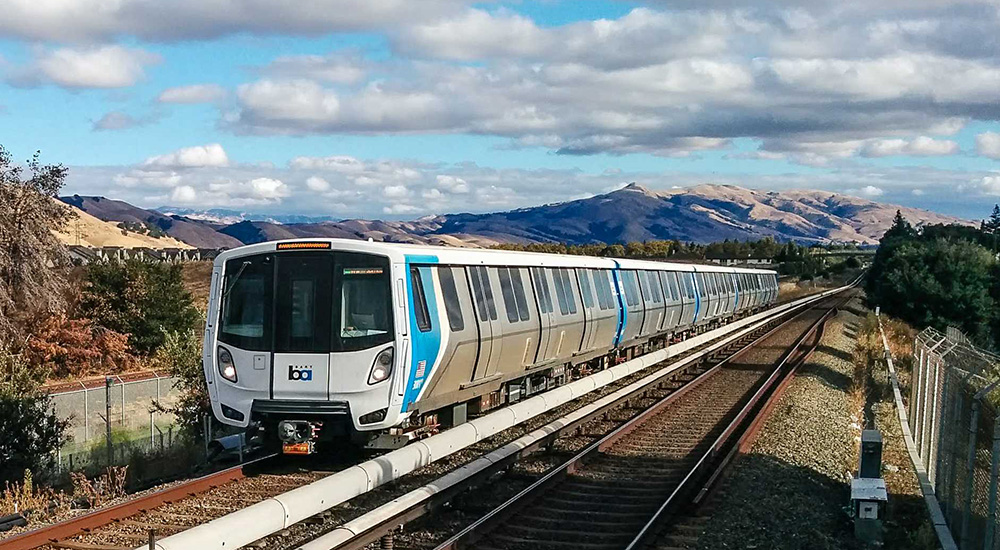 The process of designing and manufacturing new BART train cars is long and includes many phases. The first step was to design the new train cars from the ground up. BART is a unique rail system that has the lightest train car for its size in the United States. While this makes BART cars the most efficient, it also means that a typical off-the-shelf solution does not meet the needs of the Bay Area.

The next step of the process was the manufacture and test of the equipment for installation on the new trains. Lab tests occurred on all internal systems including the propulsion systems, brakes, motors, and heating and cooling systems to make sure they are capable of performing to the highest standards.

In 2017, BART tested 10 pilot cars on BART test tracks and throughout the BART system to ensure safety and reliability, and to secure approval from the California Public Utilities Commission to run passenger service. Much of the testing was outside of normal operating hours. During this thorough qualification and testing phase, BART and Bombardier verified and validated the train car performance prior to full-scale manufacturing.

Upon successful completion of initial testing, these pilot cars were put into revenue service. Delivery of additional cars is now underway.

After a year-long evaluation process in which two separate and independent teams evaluated more than 500 aspects of the three final bids, the independent teams selected Bombardier based on its technical capabilities and low cost. Bombardier's bid came in 12% lower than the next least expensive bid, saving BART $184 million—equivalent to the cost of 104 train cars.

The Federal Transit Administration (FTA) requires that domestic components account for at least 60% of the total cost of all components used to build new transit vehicles and that final assembly take place in the USA.

In 2011 California Governor Jerry Brown signed a BART-sponsored bill that authorizes California public agencies to establish bid preferences for train car proposals that exceed minimum federal requirements for domestic content. BART is proud to have been the first transit agency in the nation to give "extra credit" to bids that exceed the federal 60% domestic content requirement. As a result, the new cars will meet a 66% Buy America standard.

Companies in the United States are supplying many of the materials and parts used in the train cars, including the propulsion system, the brakes, the raw aluminum used for the body, and much of the electrical wiring.

Final assembly of the new train cars is taking place in New York State, but will be transferred to the Bay Area over the coming months. (Federal contracting provisions prohibit BART from placing any requirements on where in the U.S. assembly takes place or parts are manufactured.)

In conjunction with BART's new train cars, hundreds of new American assembly jobs have been created. Here locally, Bay Area jobs support the design, commissioning, warranty and other activities associated with the project. 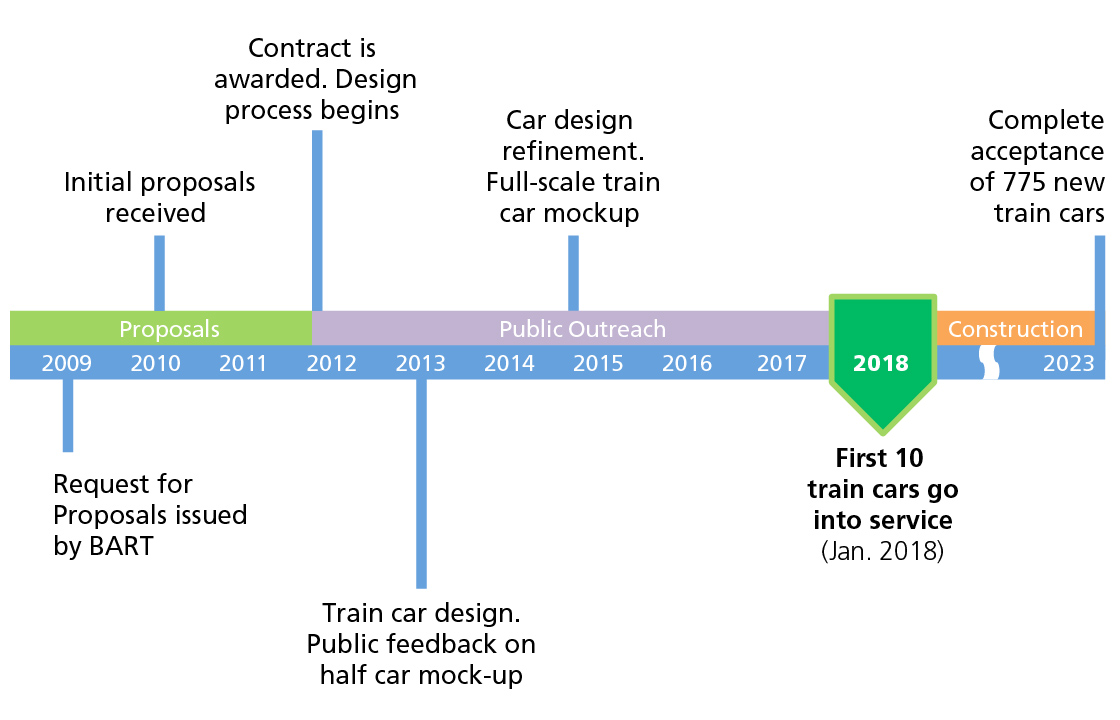 In 2012 The BART Board of Directors awarded a contract to Bombardier Transit Corporation for the design and construction of BART’s Fleet of the Future train cars. In May 2012 the Board gave the go ahead for 410 new cars, and in November 2013 they voted to approve a contract for an additional 365 state-of-the-art cars.

Cost of project to replace BART’s legacy fleet of 669 cars with 775 new Fleet of the Future cars:
$2.5 Billion

Funding for this procurement includes: