BART began service over 40 years ago, and the original cars are still in use today. They were rehabilitated in the 1990s to extend their use, but are now near the end of their useful lives and need to be replaced. 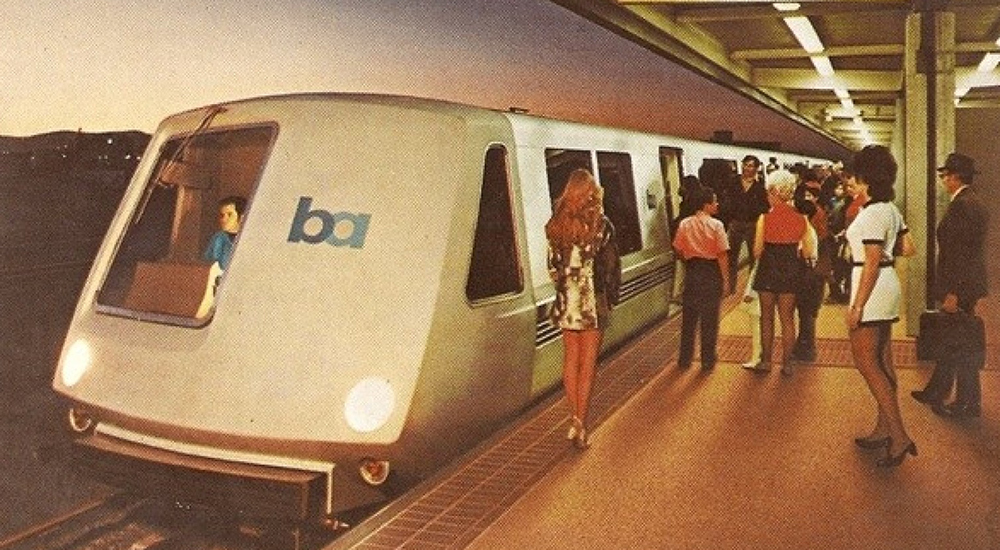 Since 1972, BART’s train cars have been safely and reliably carrying riders around the Bay Area. When the system first opened, Ronald Reagan was governor, The Godfather was in theaters and Atari was releasing its seminal video game Pong.
The majority of train cars in the BART fleet have been in use since BART service began.  The fleet includes three types of train cars that were purchased and put in service at different times.
In the late ‘90s the oldest train cars were successfully rehabilitated, adding 15 years to their life and increasing their reliability to some of the best levels in the fleet. Both the rehabilitated cars and their newer counterparts, however, will reach the end of their useful life within the next 10 years.

The Oldest Fleet of Its Kind

At an average age of over 30 years old, BART is currently running the oldest big-city fleet in the United States. 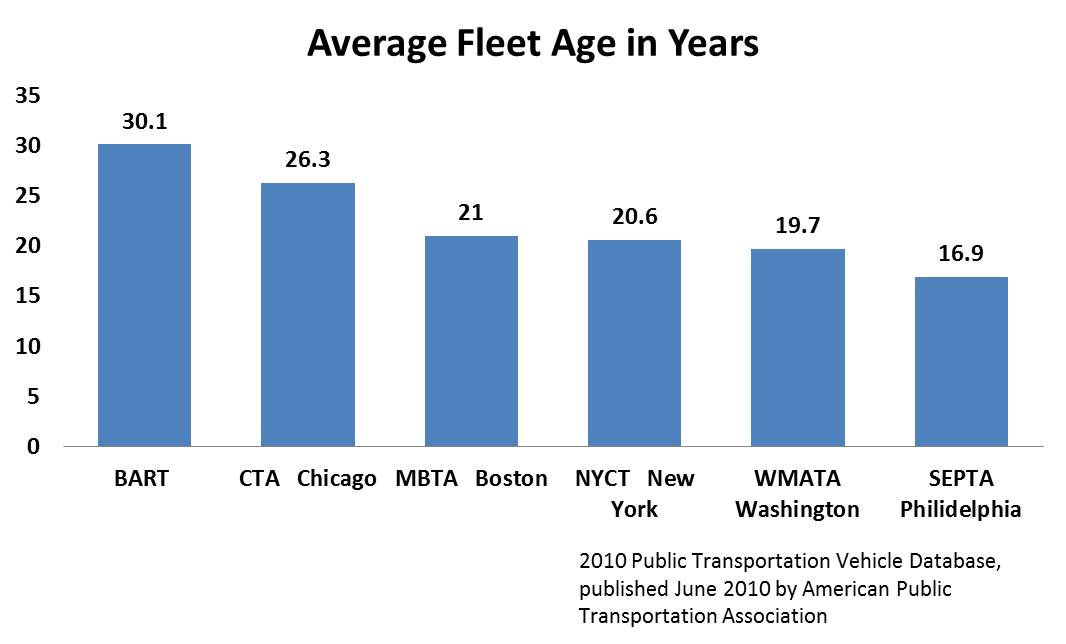 The technology in these old cars has become outdated as significant improvements in propulsion, communications and failure monitoring have developed. Many of the older systems are no longer produced, making it difficult and costly to find parts for repair and maintenance.
In order to prevent delays caused by worn-out parts and unreliable trains, new train cars will be phased-in to the existing fleet beginning in January 2018.  The new trains will help control maintenance costs and preserve reliable service to BART customers.

Running out of Room

Another reason that new BART cars are needed is to add capacity to the BART system to serve more riders. In the four decades since BART currently experience heavy crowding on many peak period trains. 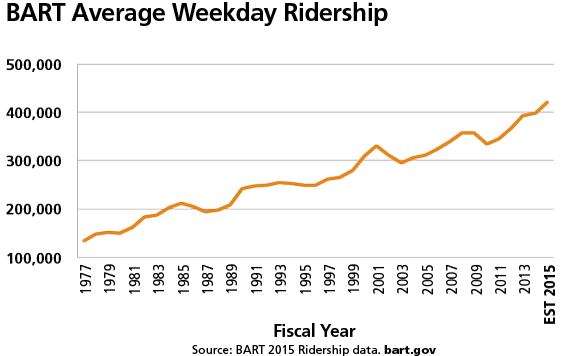 Weekday ridership is projected to increase to over the next 10 years. It will be necessary to add new cars to the fleet in order to meet growing demand. 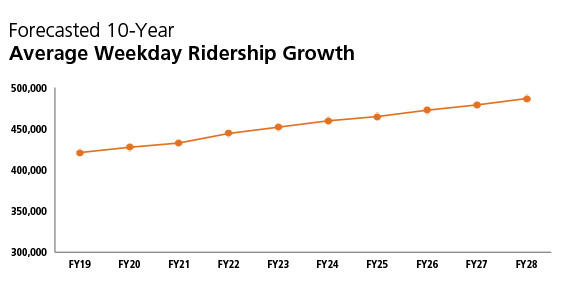 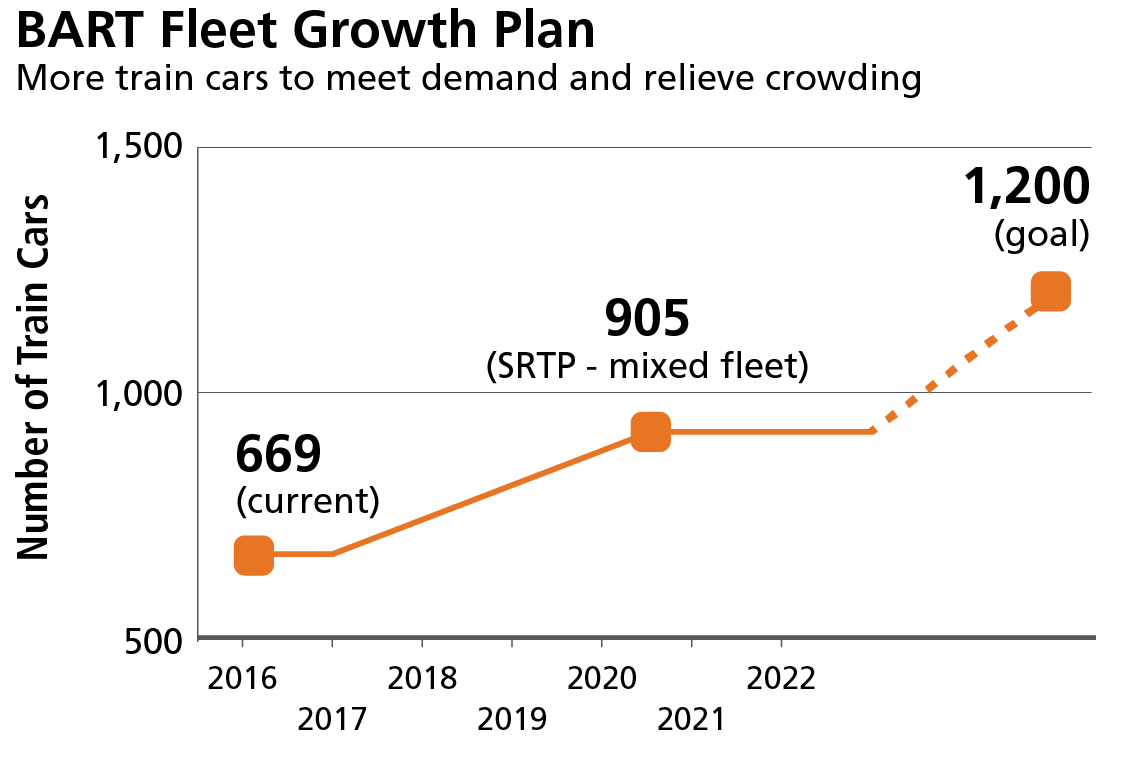