BART is undertaking studies and projects to advance the goals of our Station Access Policy and related Performance Measures and Targets. Check back regularly for updates and new initiatives.

BART is helping address the housing and climate crises by fulfilling state, regional, and local goals to build housing around El Cerrito Plaza, North Berkeley and Ashby stations as transit-oriented developments. These developments will result in roughly 2,500 new mixed-income apartments that maximize housing near transit, improving sustainable transportation options to work, school, and recreation for people of all abilities and income levels. This plan, which is funded by California’s Department of Transportation, is focused on developing strategies along the Richmond line that more equitably distribute BART’s investments in walking, rolling, biking, riding transit, driving, and parking.

BART’s Board-adopted Station Access Policy (2016) has a goal to advance the region’s safety, public health, and greenhouse gas (GHG) and pollution-reduction goals, with a particular focus on improving pedestrian and bicycle access to stations. To advance this, BART has released the BART Walk Bike Network Gap Study. It includes specific recommendations to improve walking and biking access to 17 stations, as well as global recommendations that may apply to all BART station areas, both on and off BART property.

Anticipating the opening of BART to Antioch, BART undertook this study to identify how access to stationsin Eastern Contra Costa County could be improved. For North Concord/Martinez and Pittsburg/Bay Point stations and the BART to Antioch stations at Pitttsburg Center and Antioch, the North Concord to Antioch BART Access Study identifies potential access improvement projects to enhance pedestrian, bicycle, transit, and vehicular access.

Following the Board's adoption of the Station Access Policy in 2016, BART developed Multimodal Access Design Guidelines to provide easy-to-use guidance and minimum/maximum and recommended standards for planning pedestrian, bike and transit access within BART’s station areas. This guide covers the area from the station faregates to the edge of BART’s property, and applies to connecting intersections. 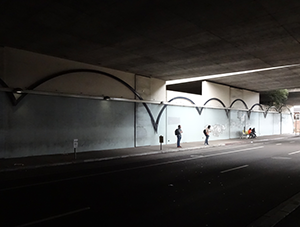 BART is working to improve the lighting along 40th Street at the I-580 underpass at the MacArthur BART station. To develop the lighting design, BART is coordinating with the City of Oakland, Caltrans and other agencies, with input from riders and the community. 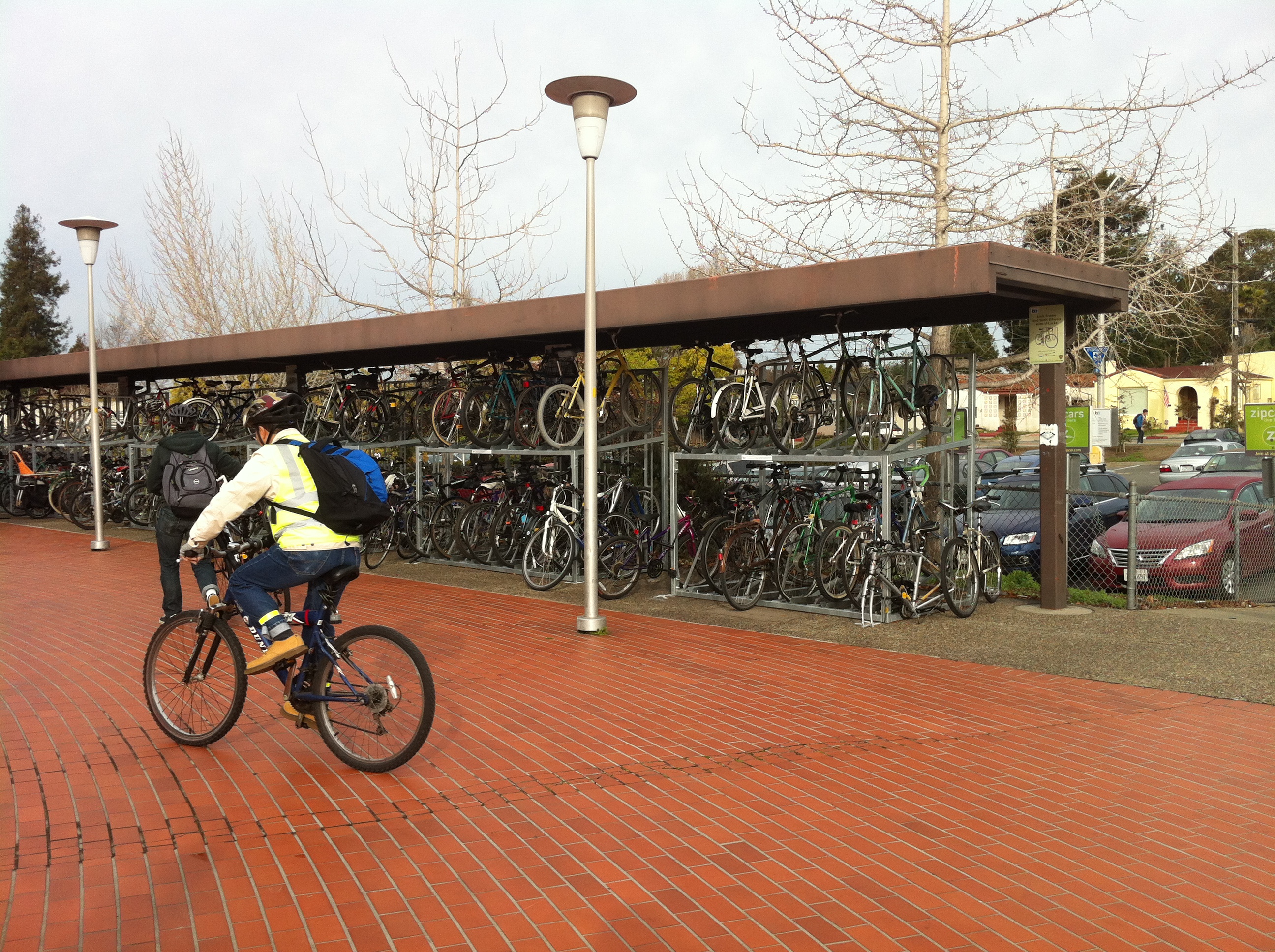 BART is designing bicycle and pedestrian improvements for North Berkeley Station to:
1. Advance the 2016 Station Access Policy goals (safer, healthier, greener) & targets (52% active access by 2025
2. Give people who bike the same level of access to the station as people who walk and people who drive
3. Improve the Ohlone Greenway connection around the station area and up to Franklin Street 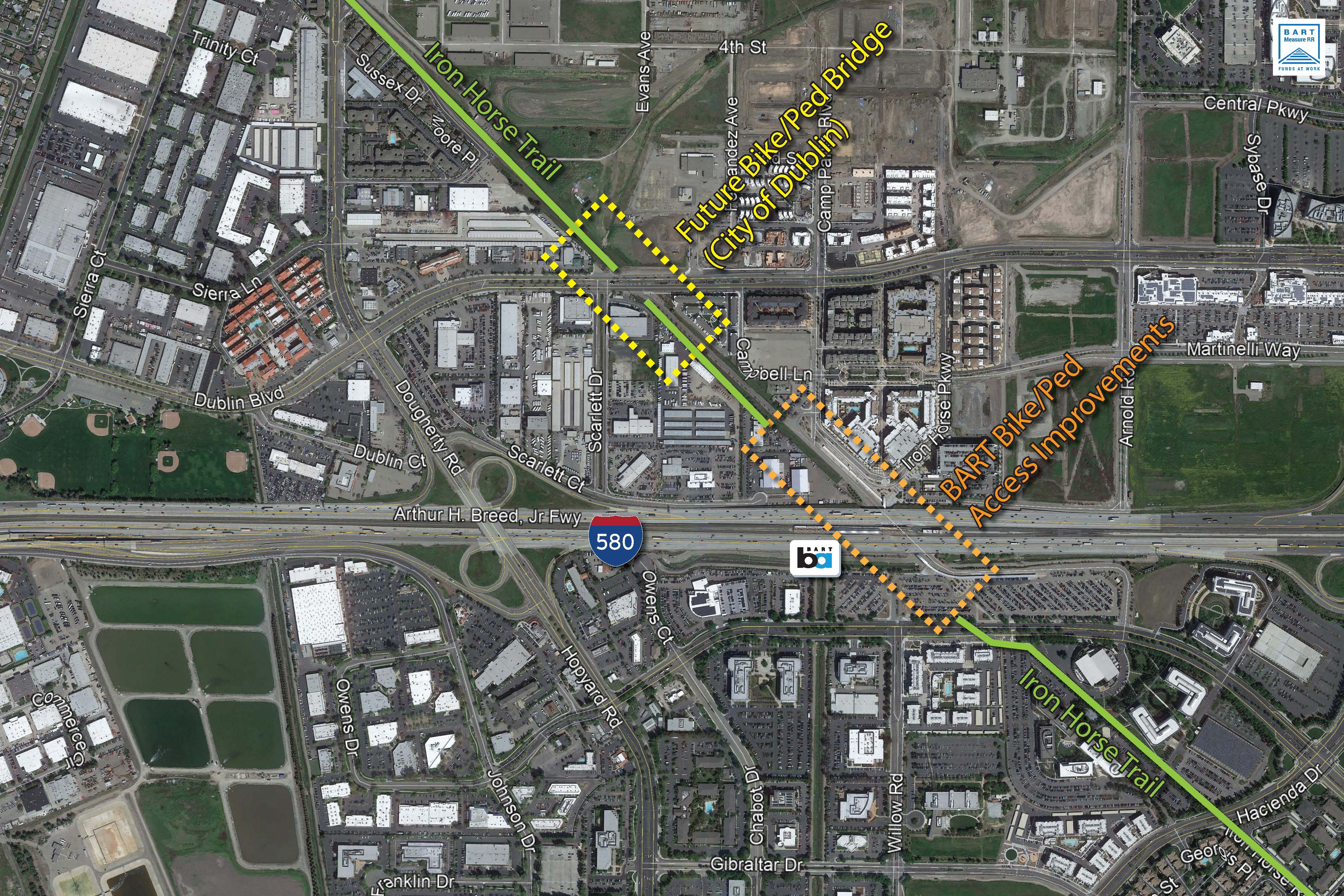 As an end-of-the-line station, Dublin/Pleasanton attracts BART riders from many distant locations. For these riders, the only really viable options for accessing BART are to drive and park at BART, or to ride a regional bus. This project aims to support existing biking and walking trips to BART, and to make walking and biking to BART a better, more attractive option for more people who can and want to walk and bike. 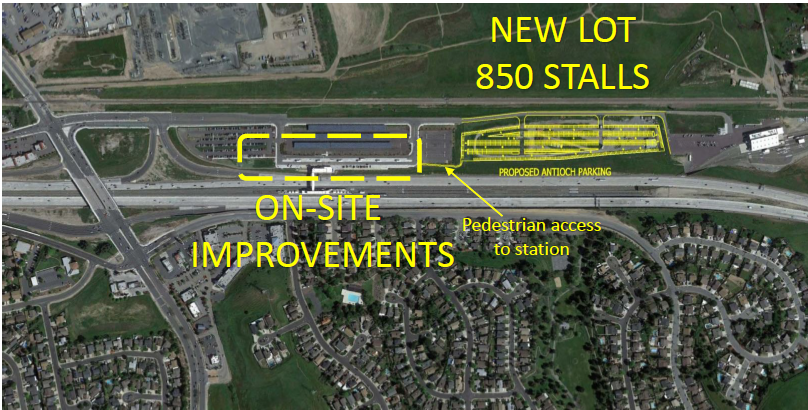 Since Antioch Station opened in 2018, ridership has exceeded expectations. In response, BART is planning to make multimodal access improvements into the station such as adding an 850-space parking lot; improved passenger pick-up/drop-off and transit circulation; improved wayfinding; and relocated bike parking. The City of Antioch is working with BART, Caltrans and Contra Costa County to lead implementation of a multi-use path on Slatten Ranch Road to the station entrance.

For information on BART to Antioch, read more here. 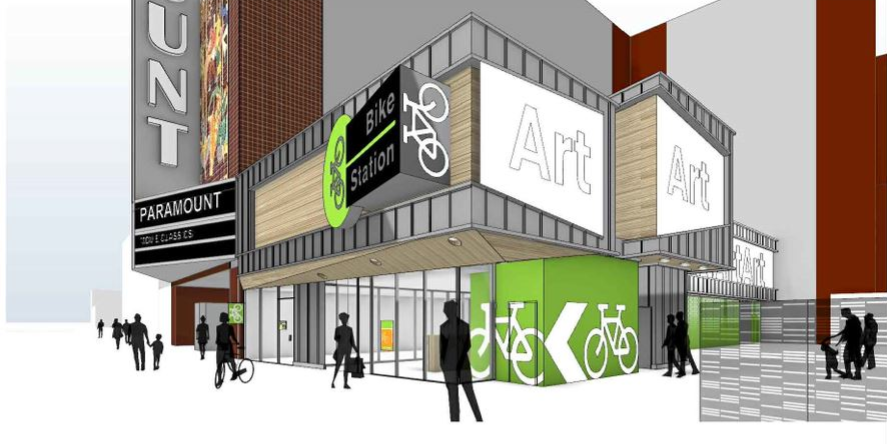 Since the current 19th St bike station opened in 2014 on 19th St and Broadway, the bike station began filling up regularly on weekdays. With a new planned bike station next to Paramount Theater, the goal of the project is to support and increase bicycle access trips to 19th St/Oakland BART Station in accordance with BART’s 2016 Station Access Policy and Targets.