The Ohlone Greenway is a regionally significant trail spanning over 5 miles of shared-use path in 4 jurisdictions (Berkeley, Albany, El Cerrito and Richmond) in two counties (Alameda and Contra Costa). Two segments of the path are adjacent to BART-owned properties currently used as parking lots, as illustrated below.

The existing infrastructure in these segments is a 10-foot wide multi-use path. Under normal conditions and during peak commute hours, these segments are so congested with pedestrians that cyclists prefer to ride through the parking lots. The Ohlone Greenway, in general, is a critical component of the bicycle and pedestrian access infrastructure for BART riders.

The station area itself is very permeable and offers many options for entry/exit for those who drive and park and for those who walk; however, the only infrastructure fully dedicated to cyclists is bike parking in the form of racks and electronic lockers. 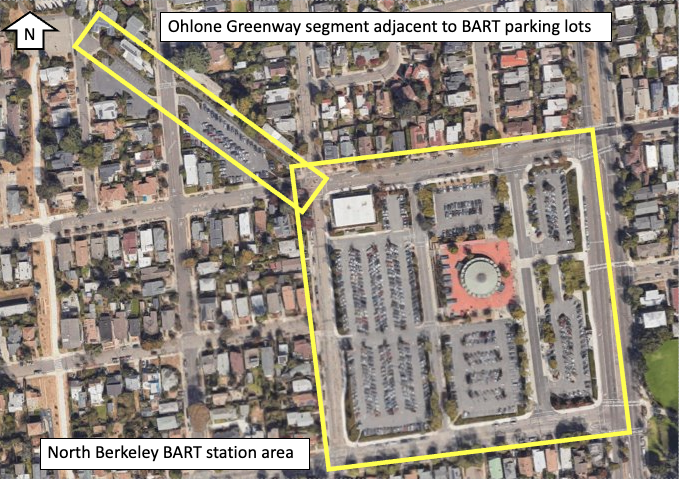 This project is to implement bicycle and pedestrian access improvements at North Berkeley Station. Project goals are as follows:

Based on BART's 2015 Station Profile Study survey data, 61% of all trips and 59% of home-origin trips to North Berkeley station are already made by walking and biking. BART wants to support these trips, and make walking and biking a safer and more attractive option for more people. 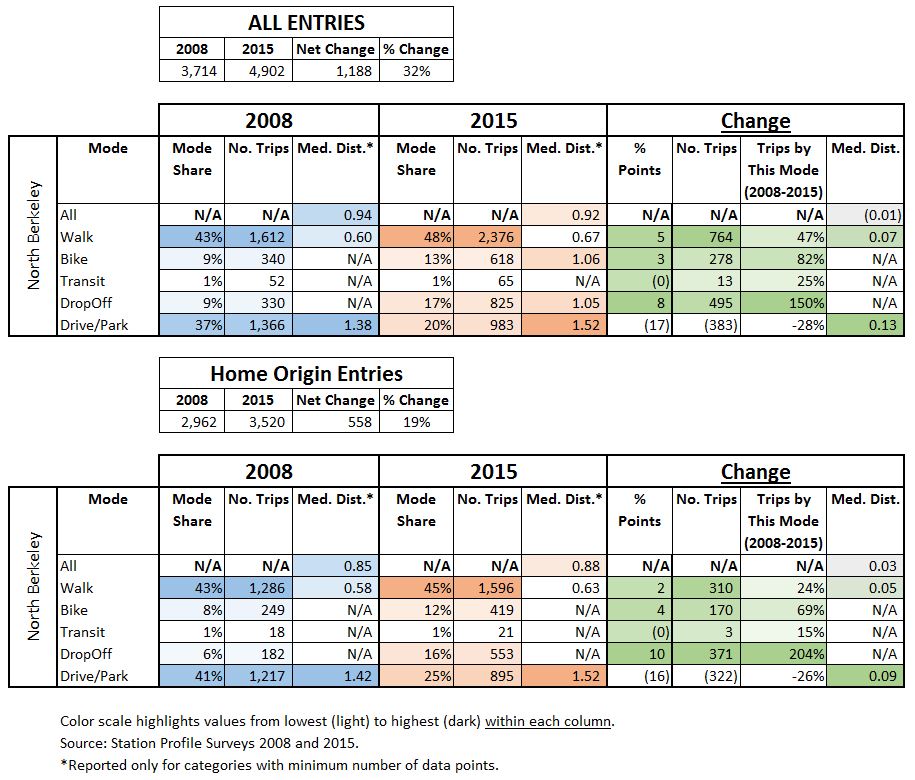 For this project, we collected trip data to/from the North Berkeley station area on typical, middle-of-the-week weekdays in November 2017. 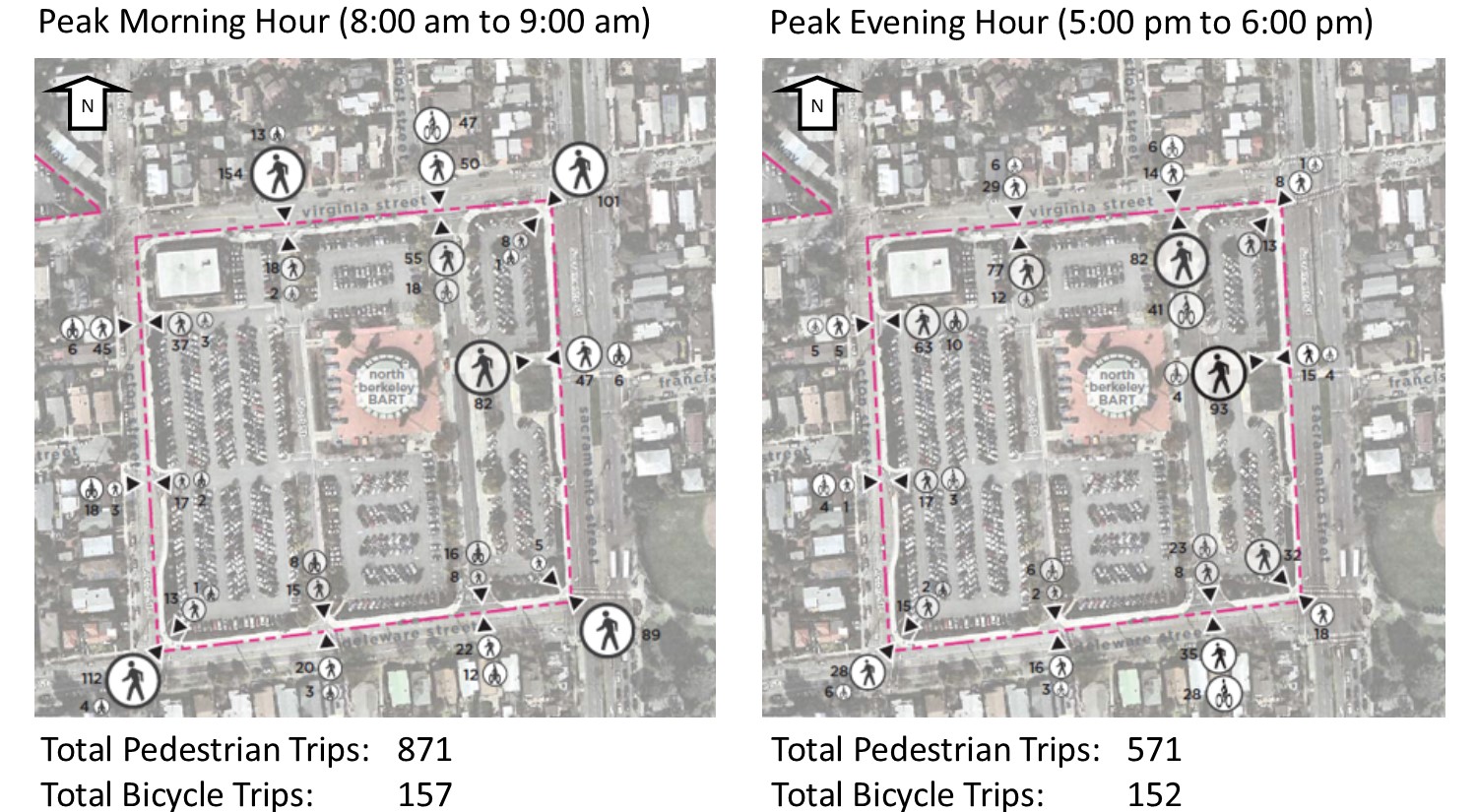 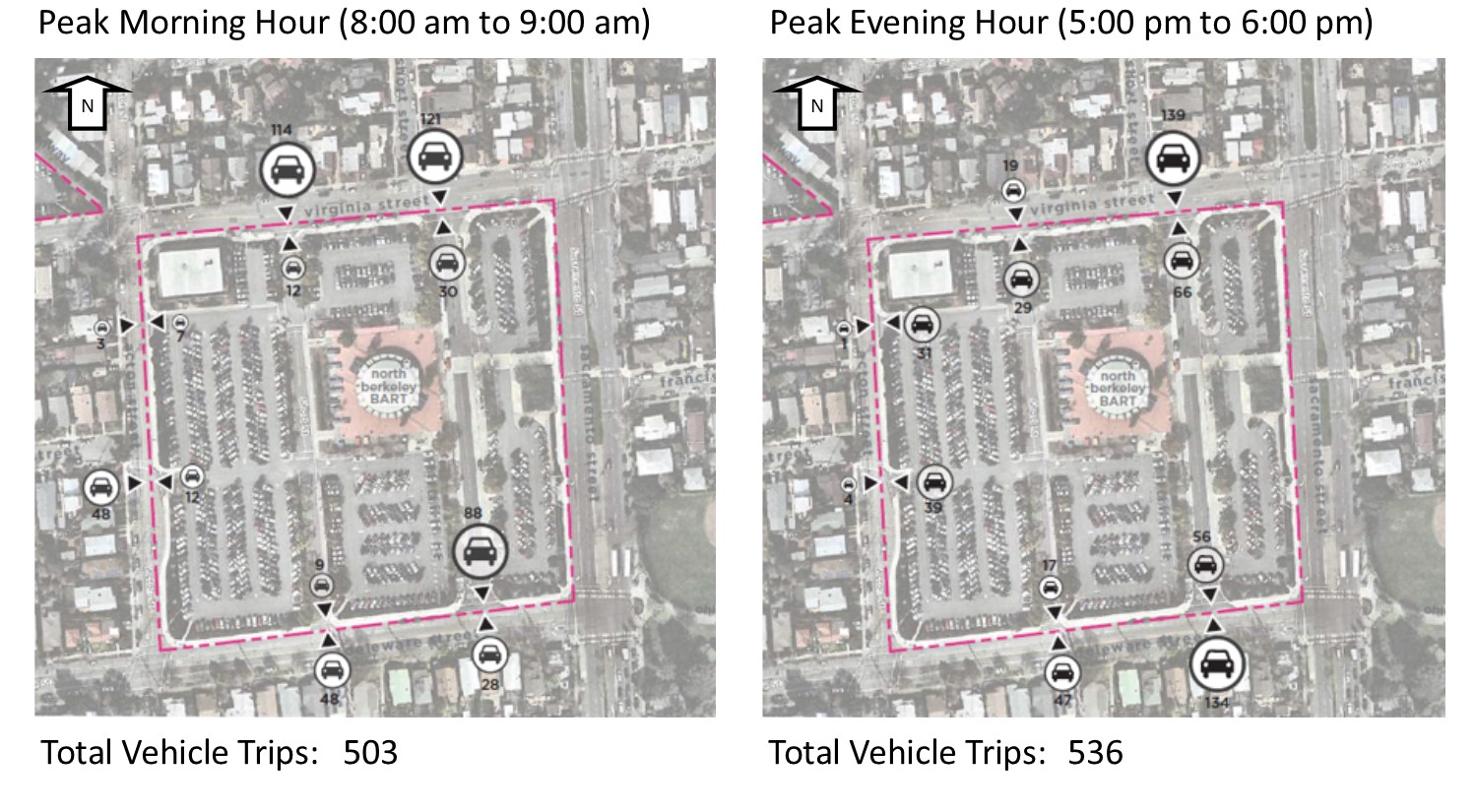 Our data taught us that most people, regardless of mode, arrive/leave the station through a small portion of the station area on the east side, where the station entrance is level with the street - i.e. there are no stairs (illustrated below).

The image below illustrates the components of the scope of work, including:

Click on the image below to see a larger PDF. 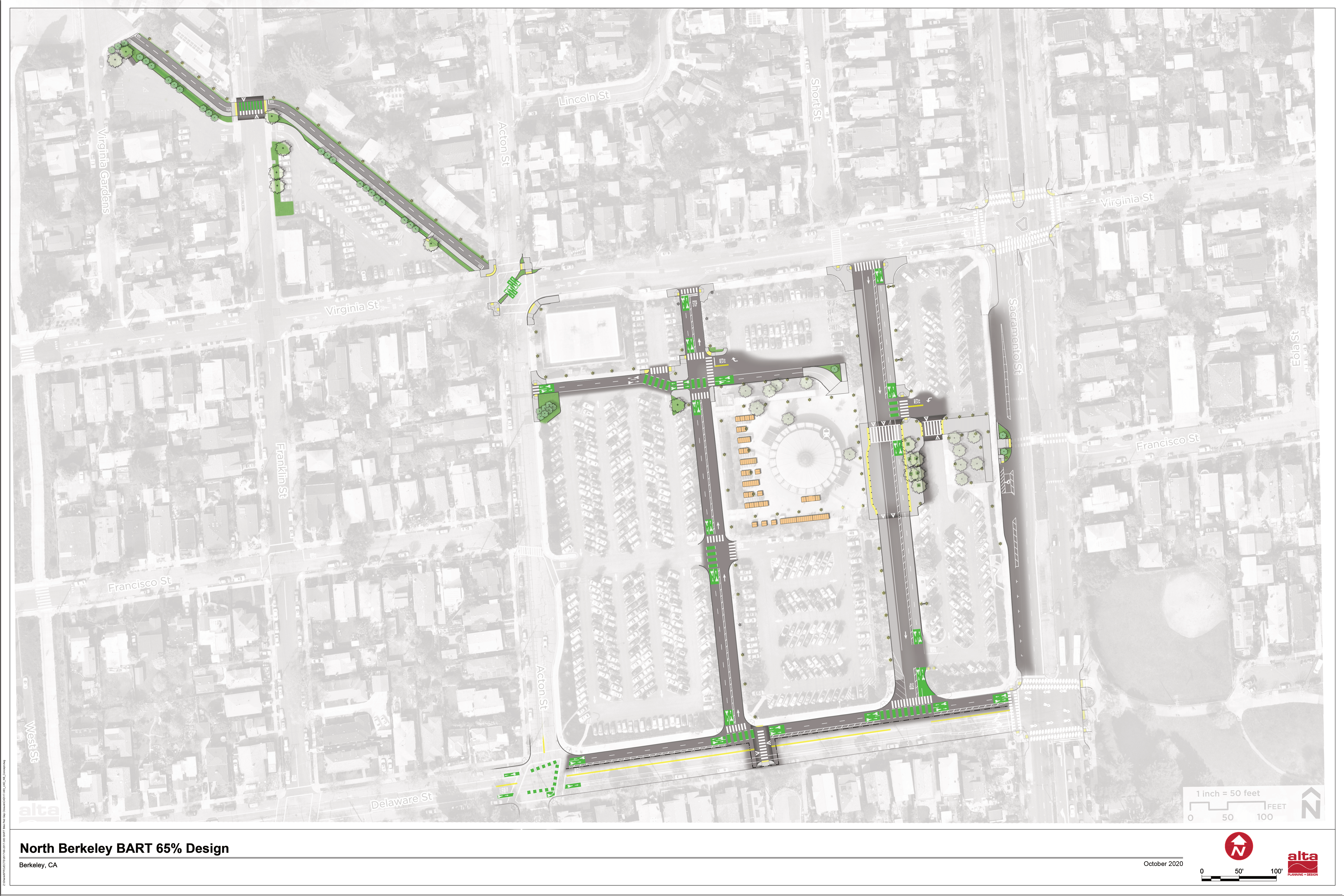 View of new and improved Ohlone Greenway at Acton/Virginia 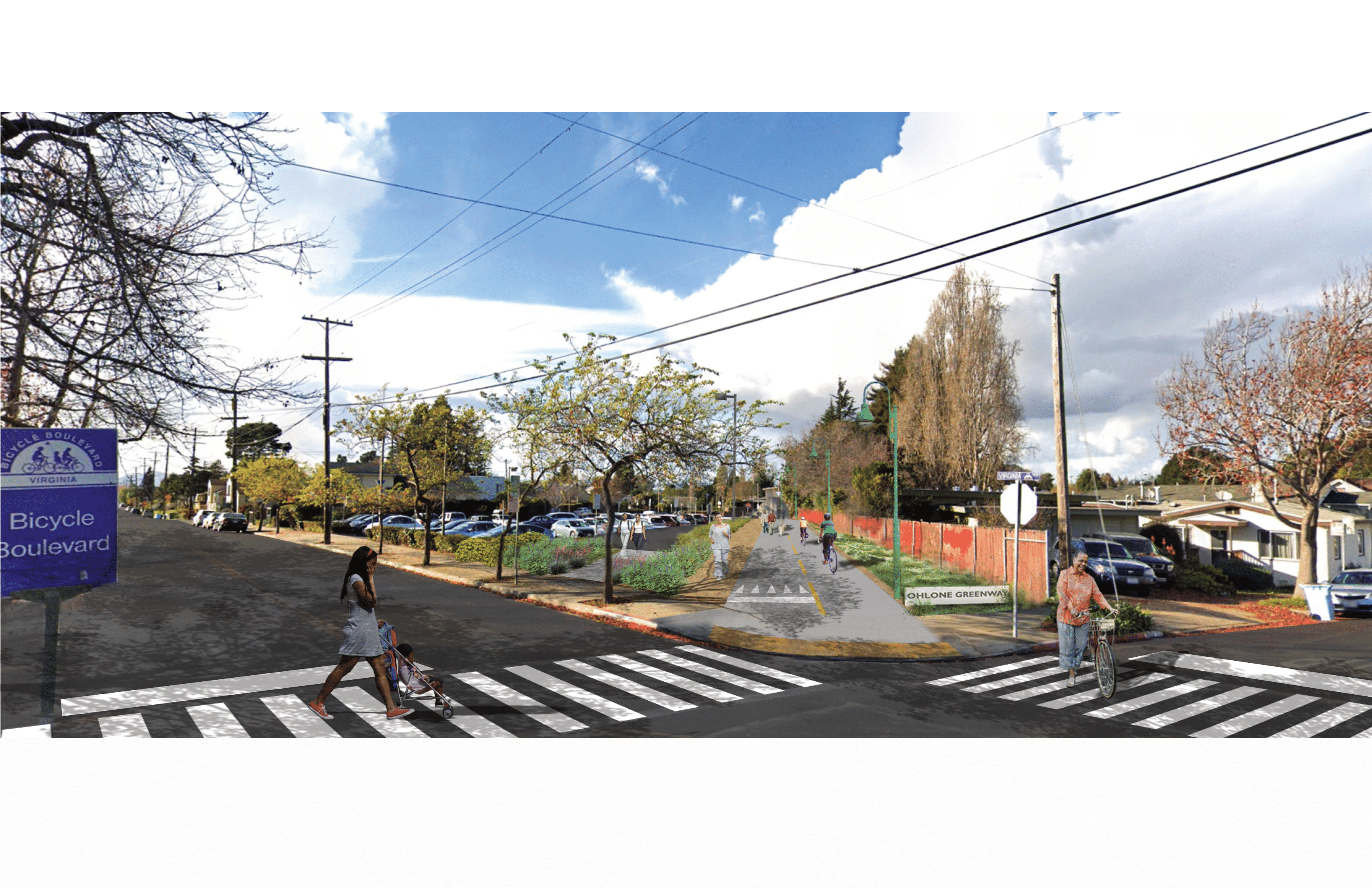 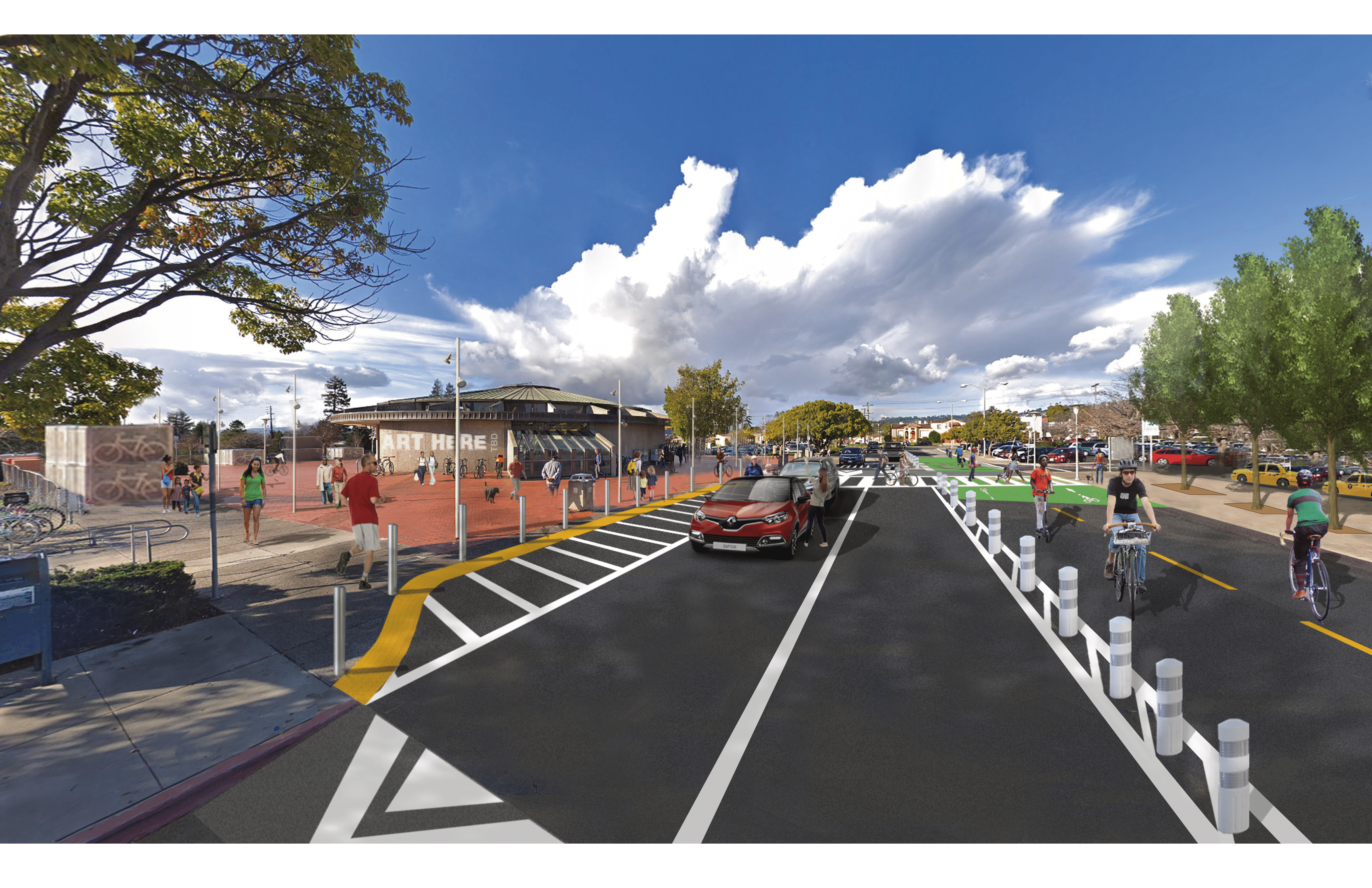 The project has received two grant awards totaling $3.4M from the Affordable Housing & Sustainable Communities Program (AHSC) in partnership with Bridge Housing and Satellite Affordable Housing Associates (SAHA), which will serve to complement BART Measure RR funds set aside for the project.

BART plans to construct the project using BART Labor forces instead of putting the project out to bid, which will save money and time.

The project is currently apporaching 95% Design and the remainder of the schedule is as follows:

Project brought to you by voter-approved Measure RR funds.